It’s better to be strange than forgotten.

Twisting the title of Temples‘ latest single, but just so slightly, seems like the perfect way to sum up last week’s show. The abundant décor of Electric Brixton, with its classical theatrical look and modern touch is an impressive and oh how accurate description of the band itself. The grandiose live experience locked up in two hours of our lives, that’s what you get from these guys.

It’s been a month since the release of Temples‘ long-awaited sophomore album, Volcano, so all the new songs have had enough time to sink into the people’s minds. And tonight is London’s turn to taste them in the live format.

The daunting rhythm of the opening intro and the darkness that cover the room aim to uphold the mystical ambient. Accompanied by the arising cheers, four figures slowly appear on stage as the white backdrop lights play a little game with our sightlines. Heavy synths gradually build up into the dulcet vocal harmonies as James Bagshaw gracefully dives into the luscious melodies, and suitably All Join In.

The band’s psychedelic soundscape shines and lives as they proceed with the set. I don’t want to fall into the cliché but Colours To Life literally blends all shades of blue and green light making all our lives more vibrant at this very moment. Next we hear: “Hello London! It’s been too long” what will turn out to be one of just few sentences we’ll hear from the vocalist tonight.

Interlacing their old and new material is an obvious choice here, giving the devoted fans that nostalgic sense to go by whilst trying out the new tracks. Roman God-Like Man captures with its multilayered structure demanding more attention to comprehend its existence whilst (I Want to Be Your) Mirror lures into the spacious dimension of Thomas Walmsley’s broad basslines and delicate synths.

The quartet’s debut album, Sun Structures, still strongly enchants as its title track brings back that raw integrated instrumentation we’ve loved in the first place. Keep In The Dark is a quintessence of Sam Toms‘ expanding drum work while Adam Smith‘s sophisticated keys and guitars truly mesmerise in, well Mesmerise.

However, you would of expected a bigger engagement from a sold out crowd. As it’s my very first Temples show experience I must admit, watching the Kettering outfit perform is like being caught up in a lucid dream. Although we’re not the characters, just the alienated observers as Temples shape a hazy impenetrable bubble around them, and we’re a bit too scared to break it so we stay away. It’s not exactly that the people don’t want to participate, it’s more like they’re not ready yet.

Nevertheless, Temples still cast their hypnotising spell all throughout. Certainty and Strange Or Be Forgotten are the stand out moments of tonight’s set just as they stand out on Volcano. The tracks radiate more in depth precision and natural growth as a band, shining even brighter in the live arrangement. The latter rounds off the main set being interrupted for a second; “You’re not ready for it. Are you ready? Because this is our last song” James stops to address the not-so-eager crowd. The lack of rowdiness stings clearly but it actually doesn’t matter at all.

Finally some jumping around occur as the encore hits with A Question Isn’t Answered and Shelter Song. It’s been a pleasure, even if we stood still most of the time just to inhale some of their musical geniuses. It was also quite spellbinding to see that even the chandelier disco ball compliments their glittering infused 70s attire. And, likewise. 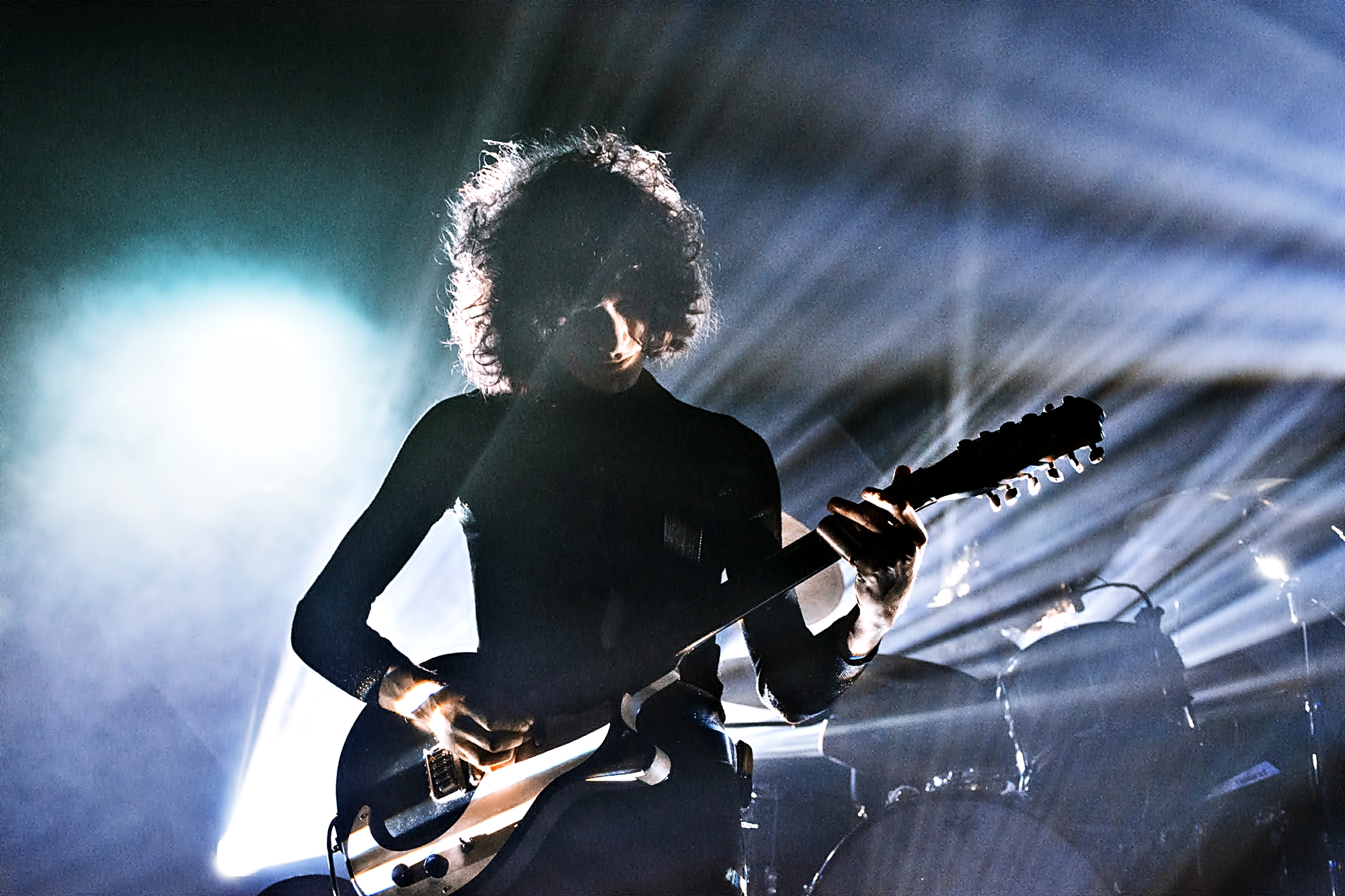 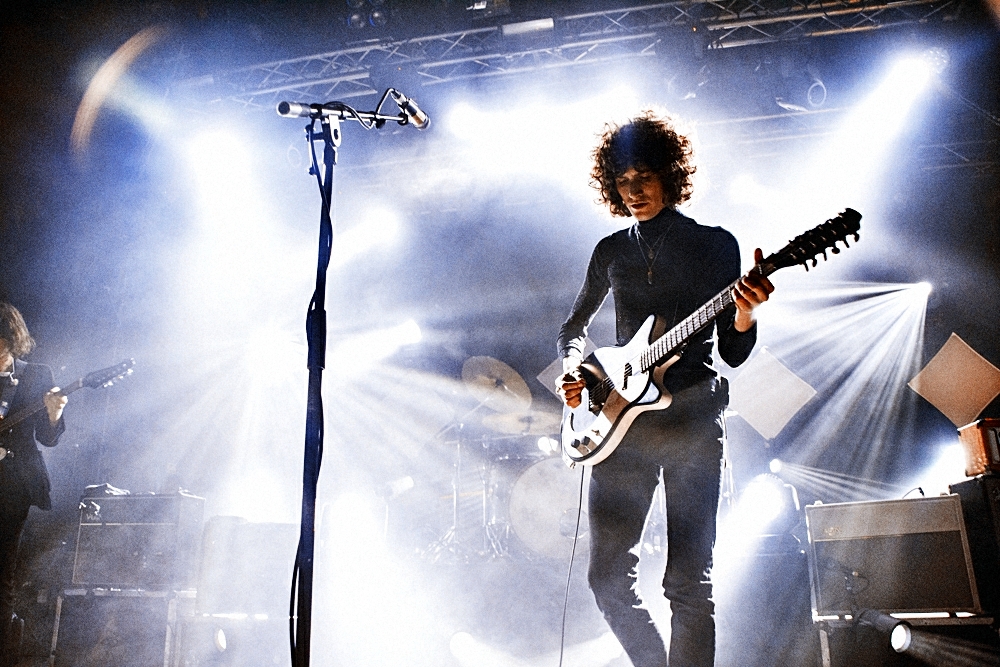 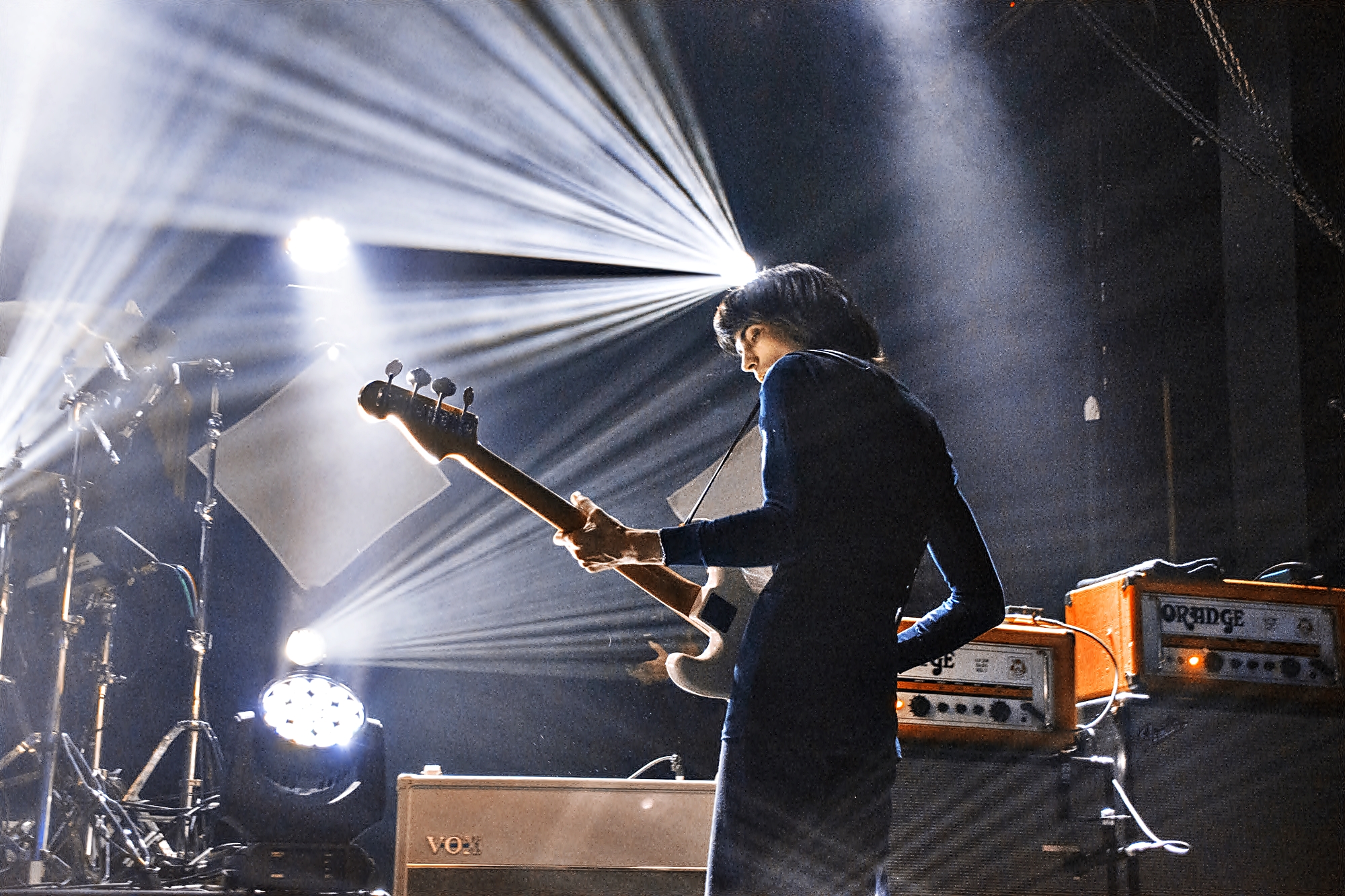 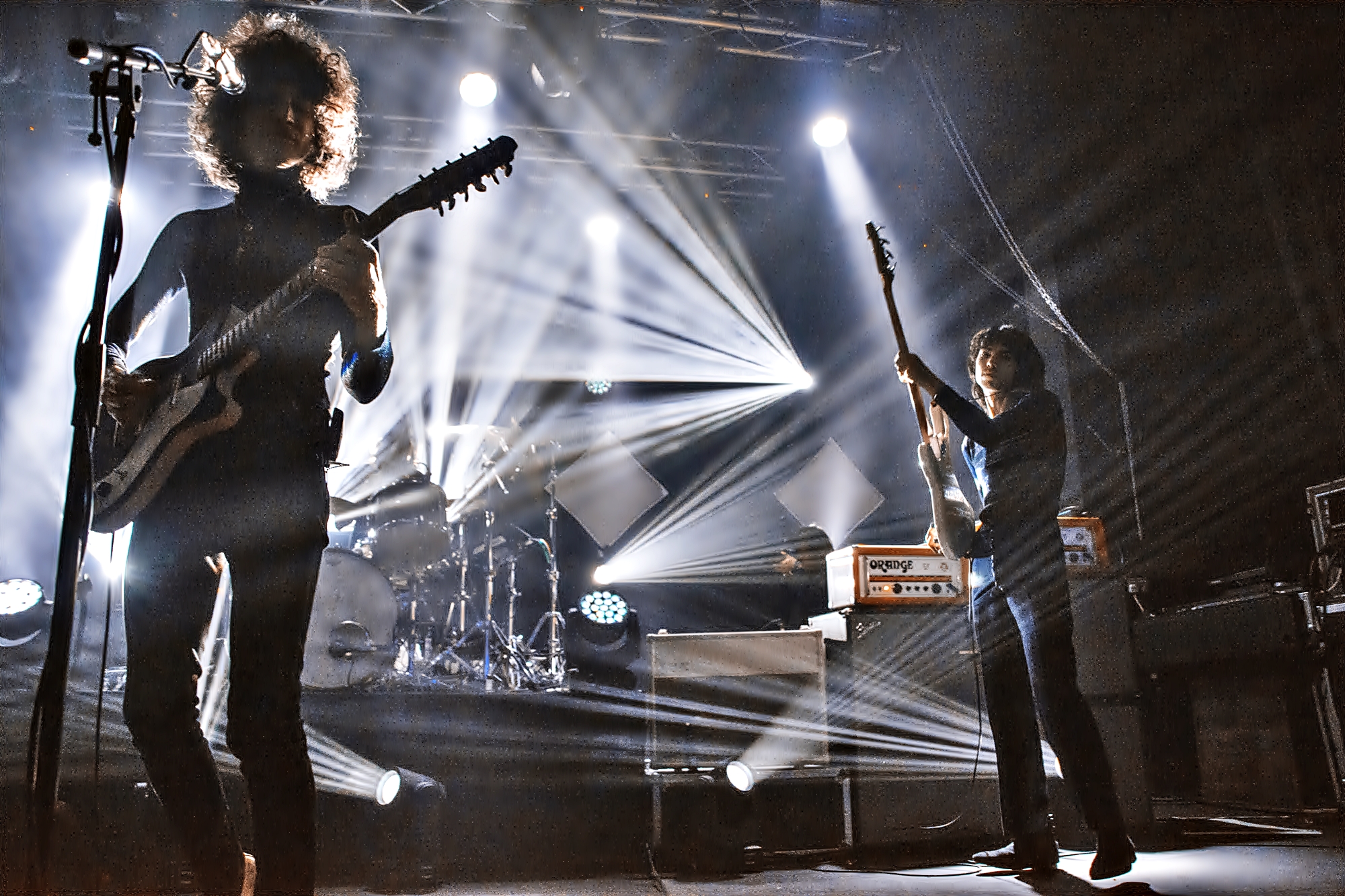 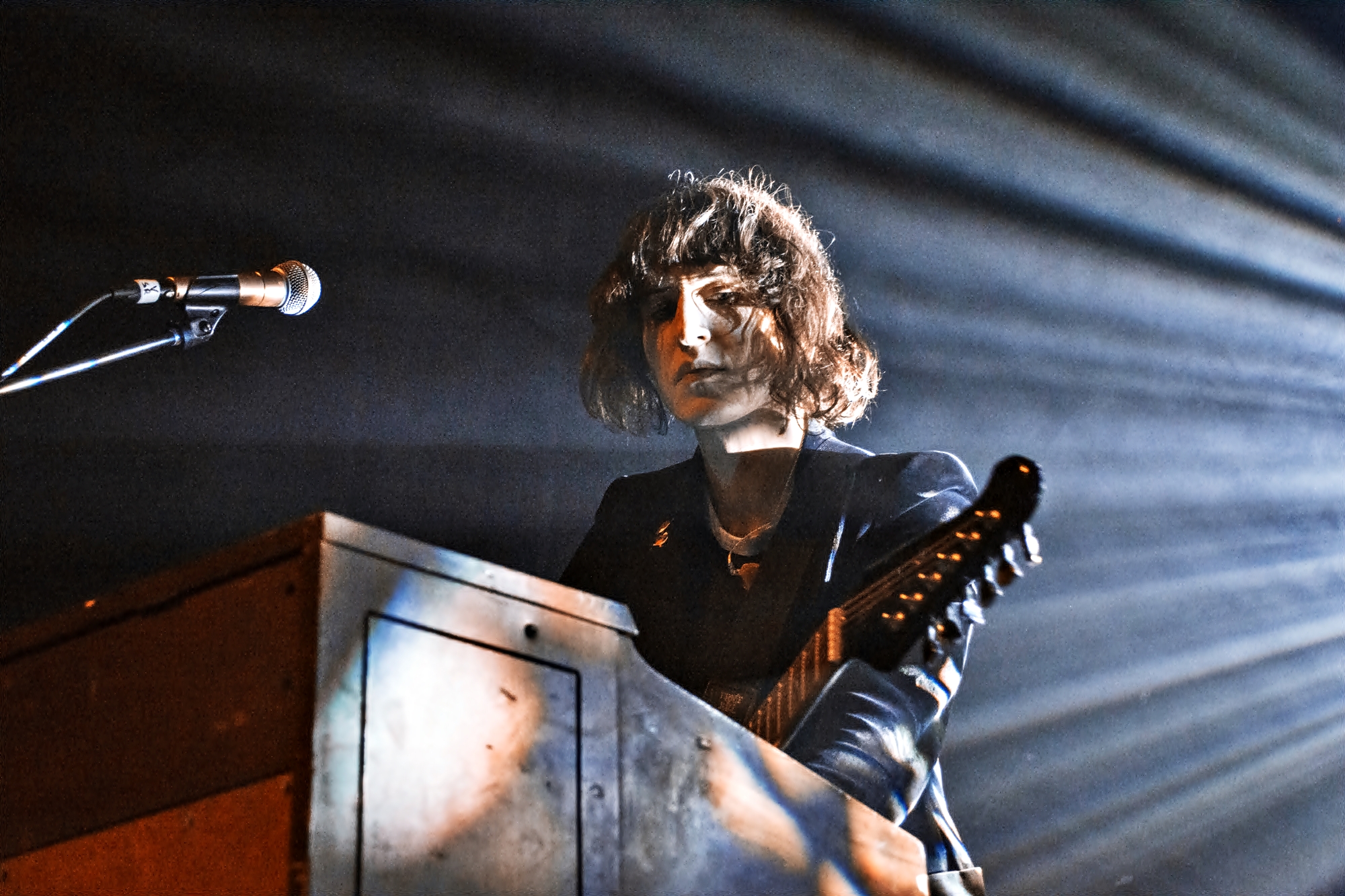 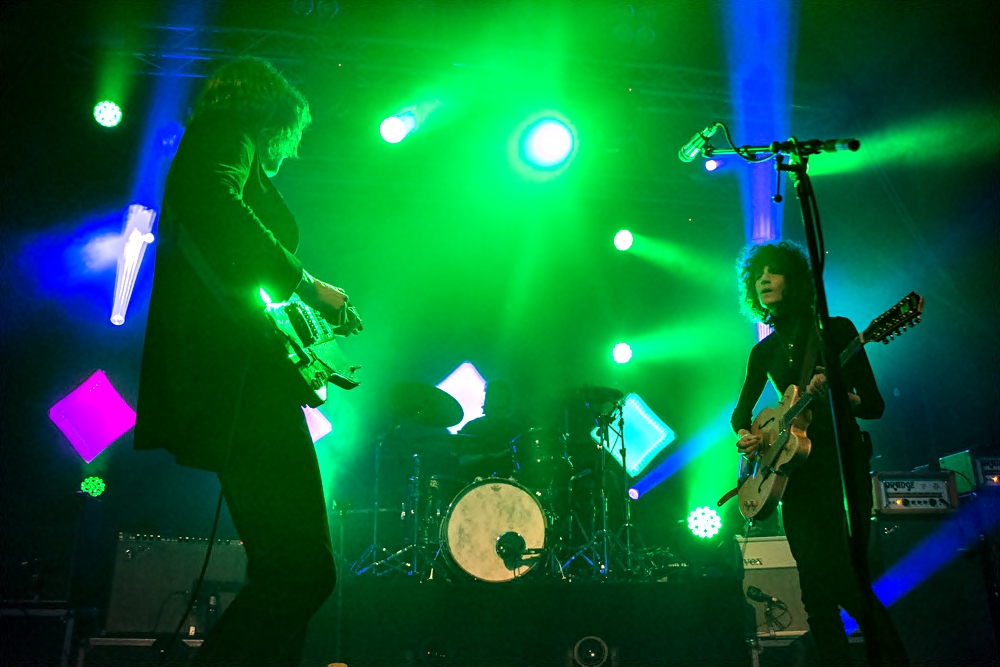 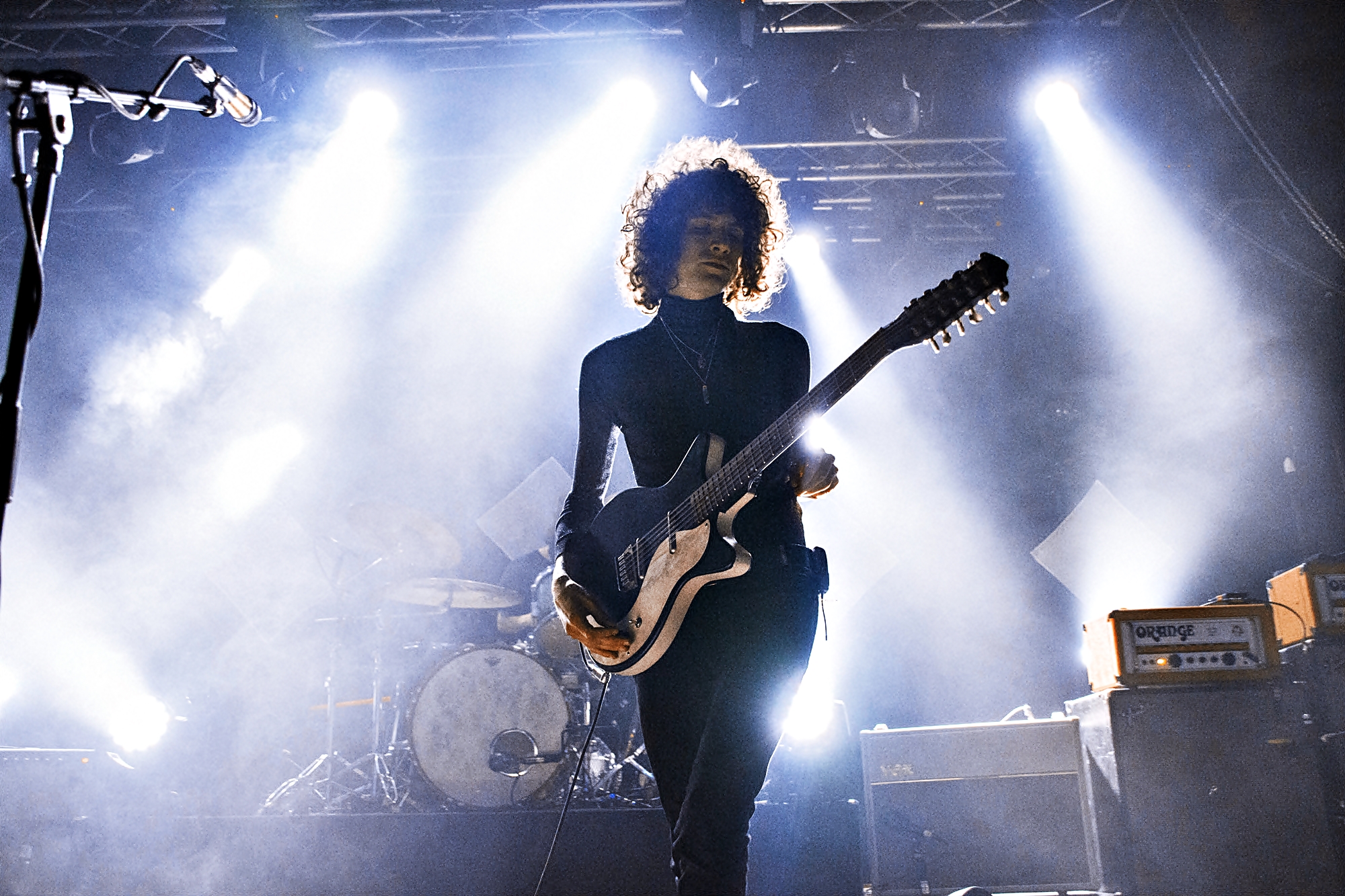 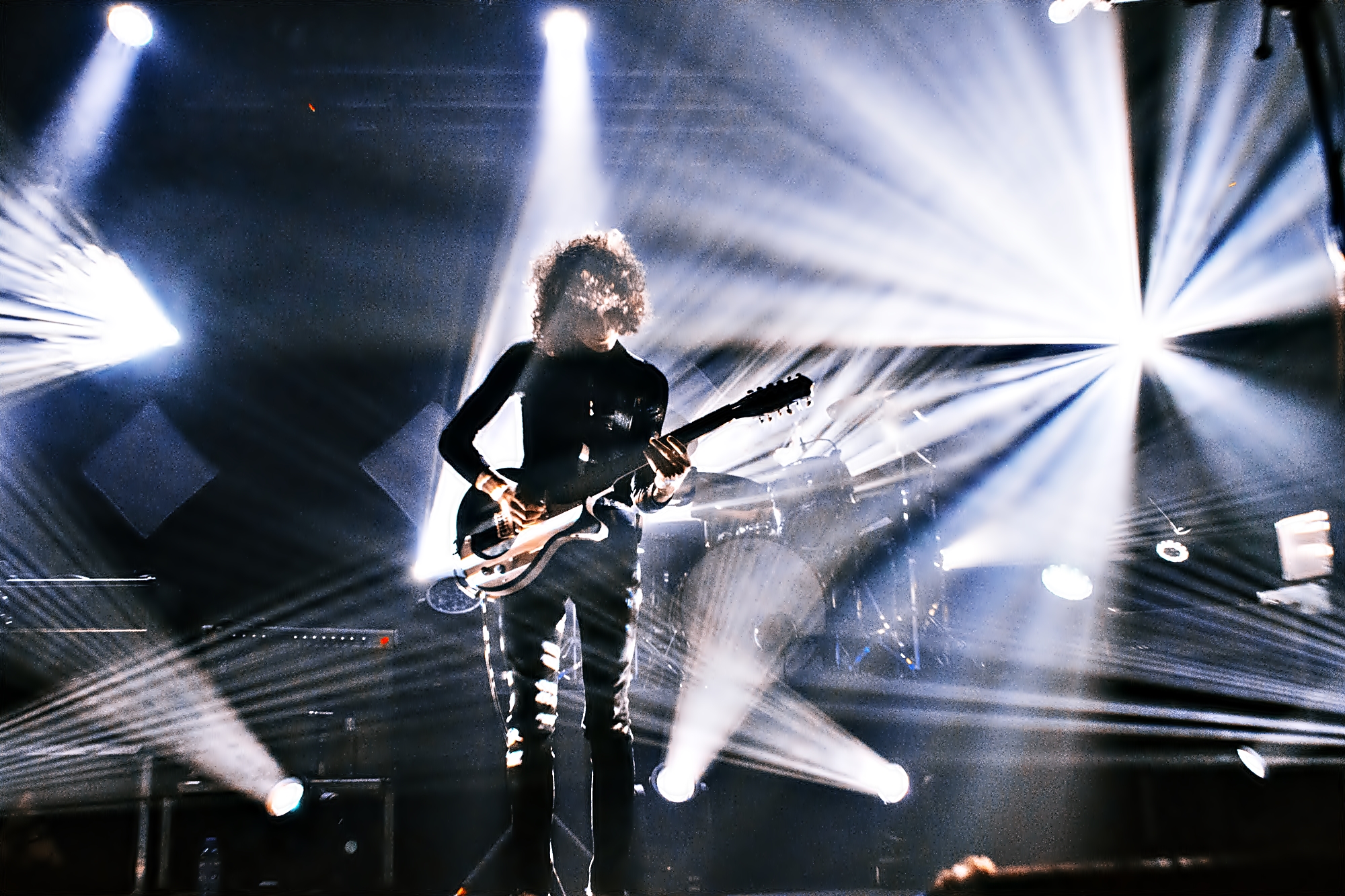 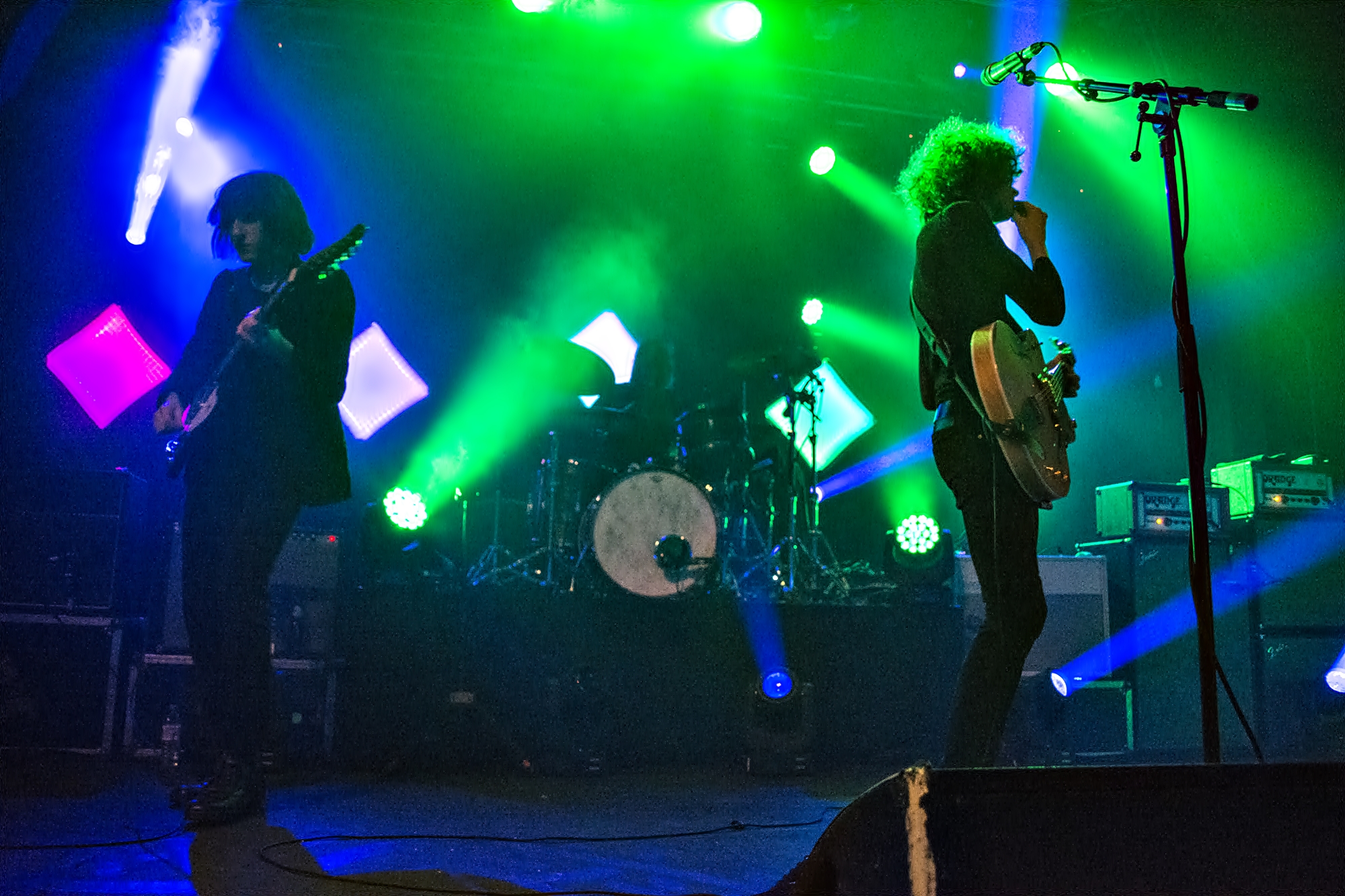 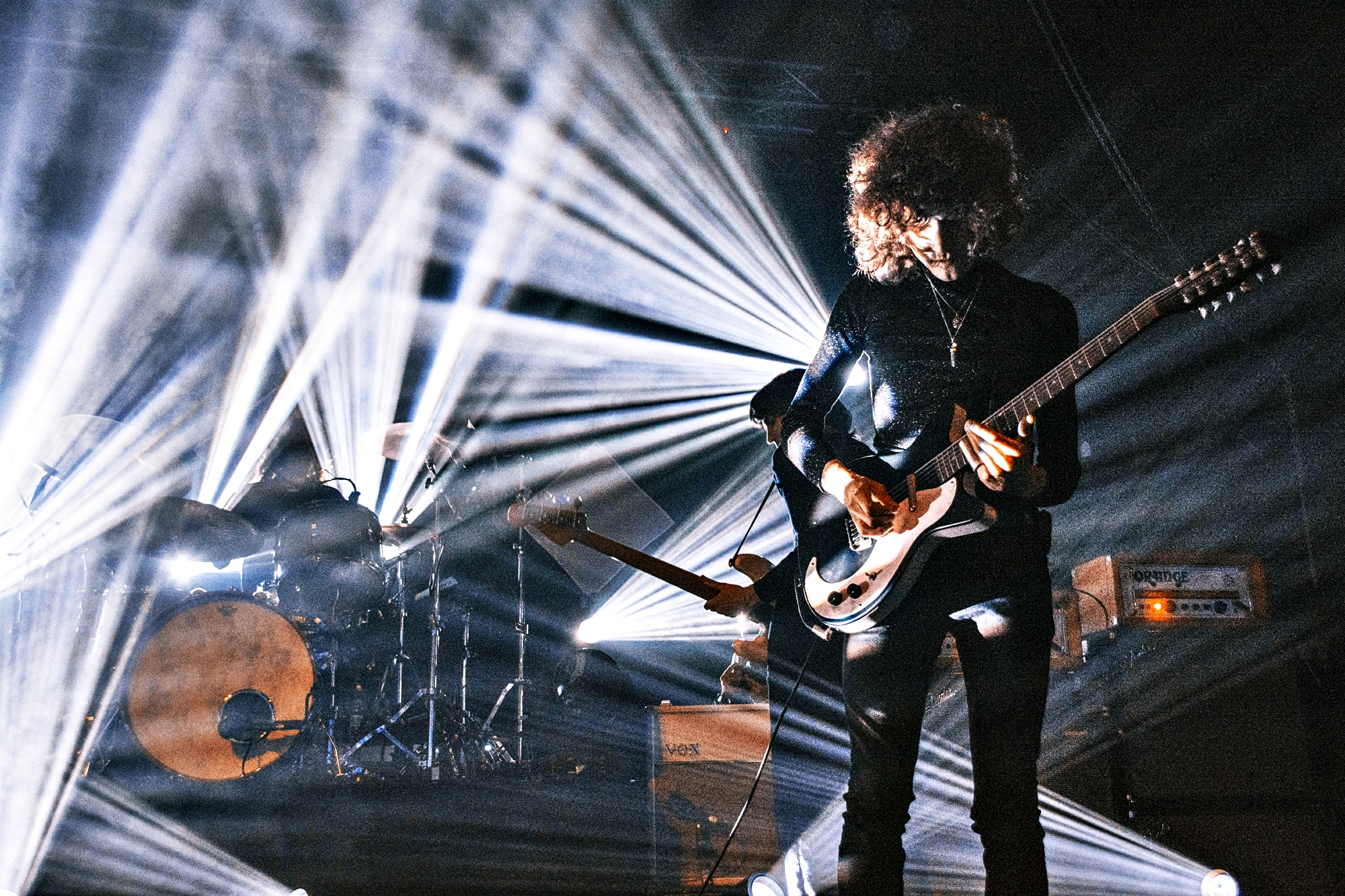 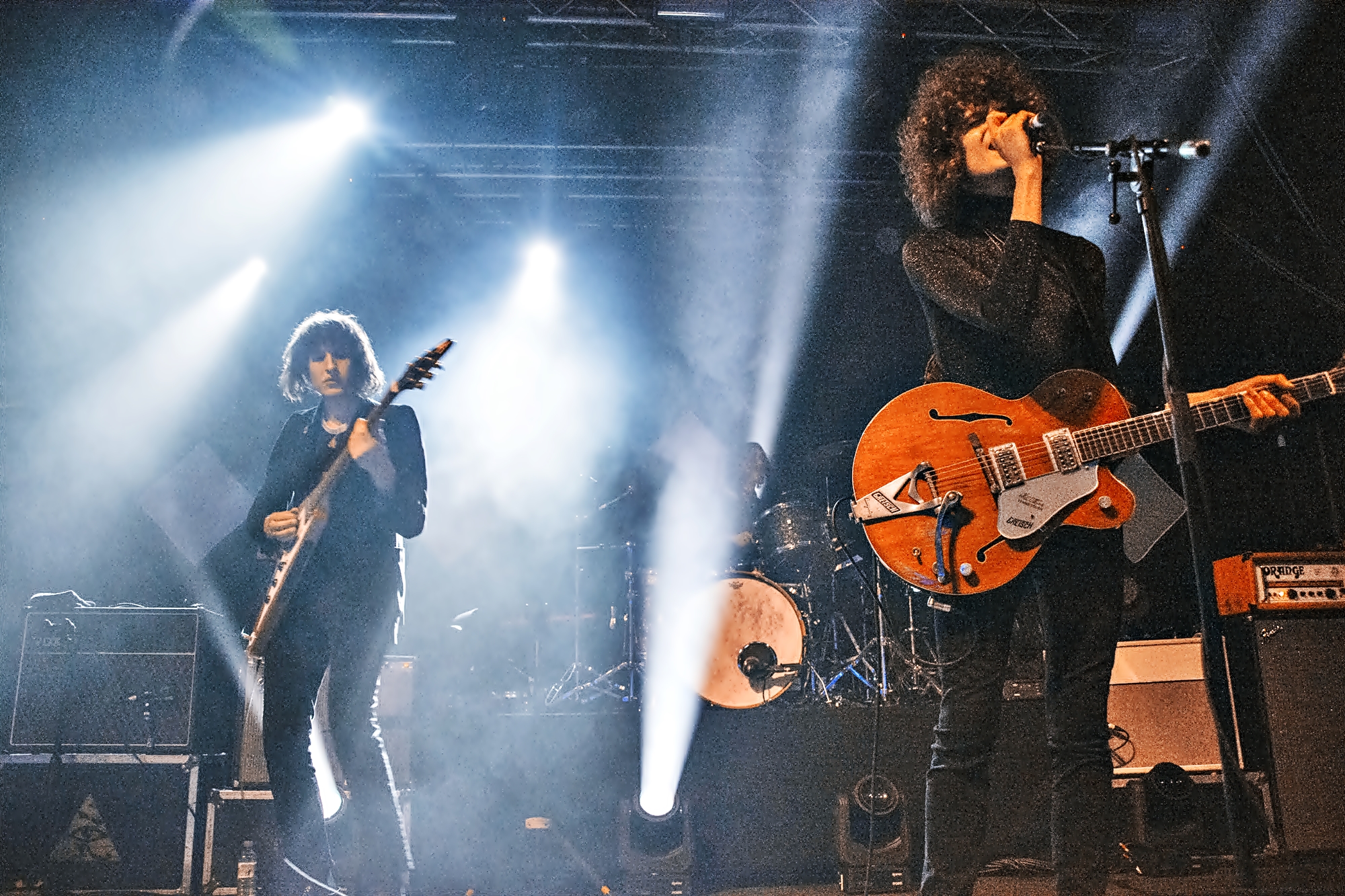 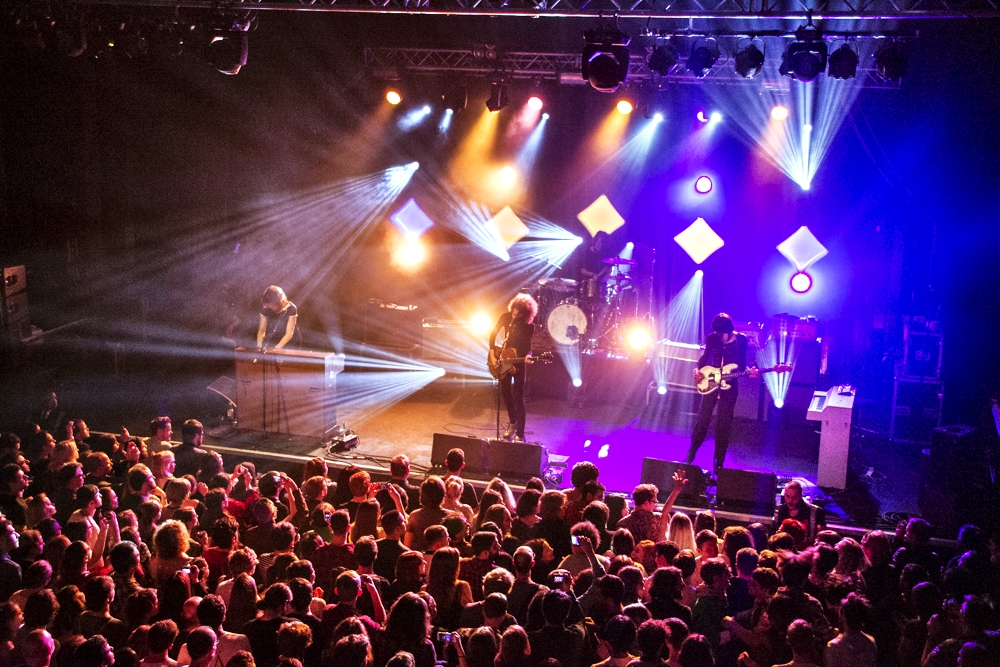 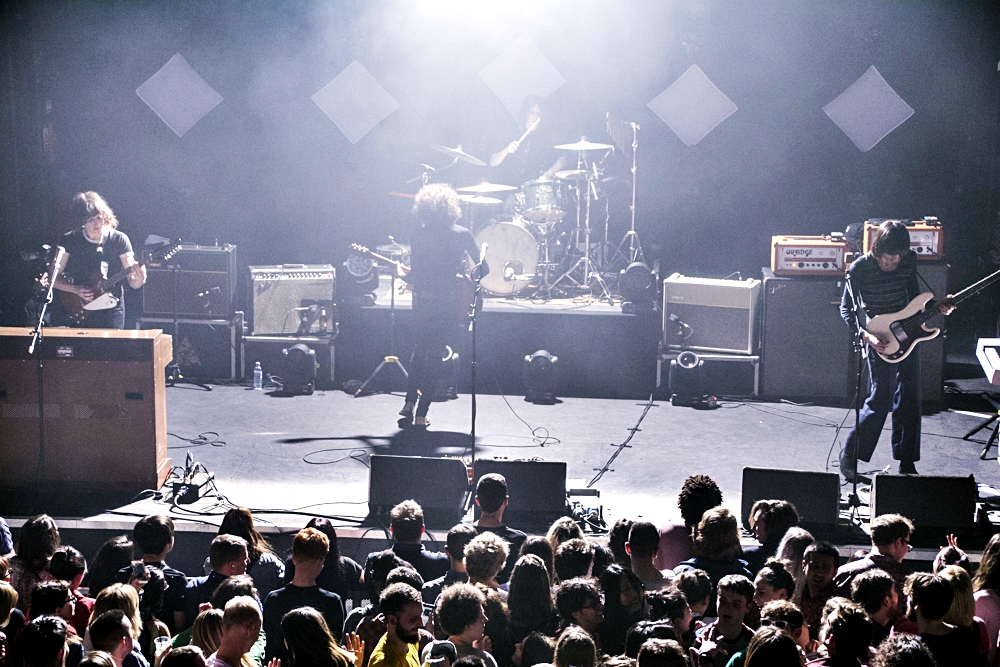 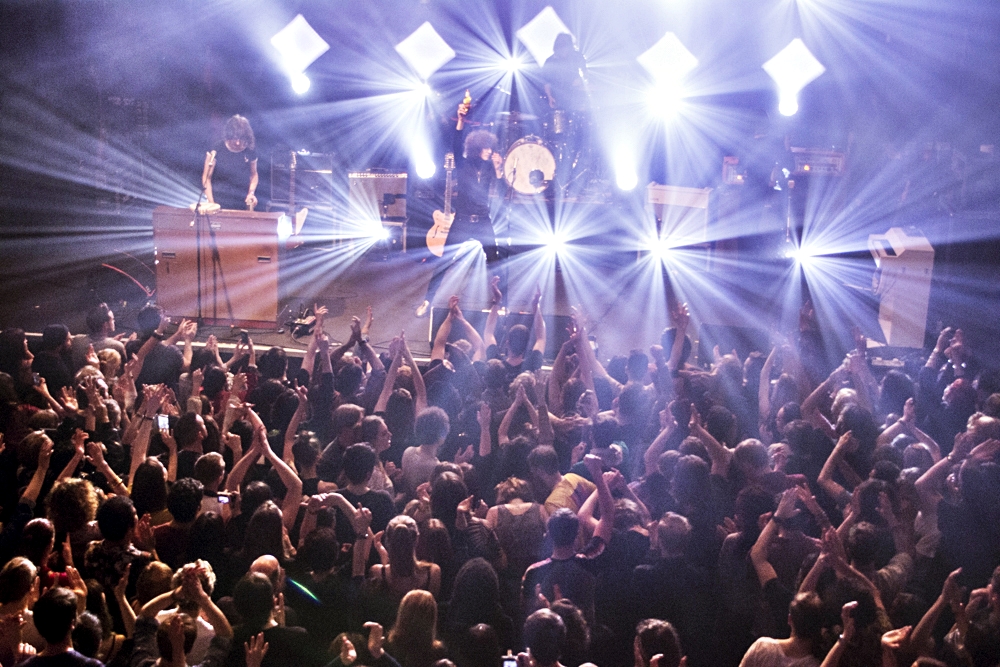 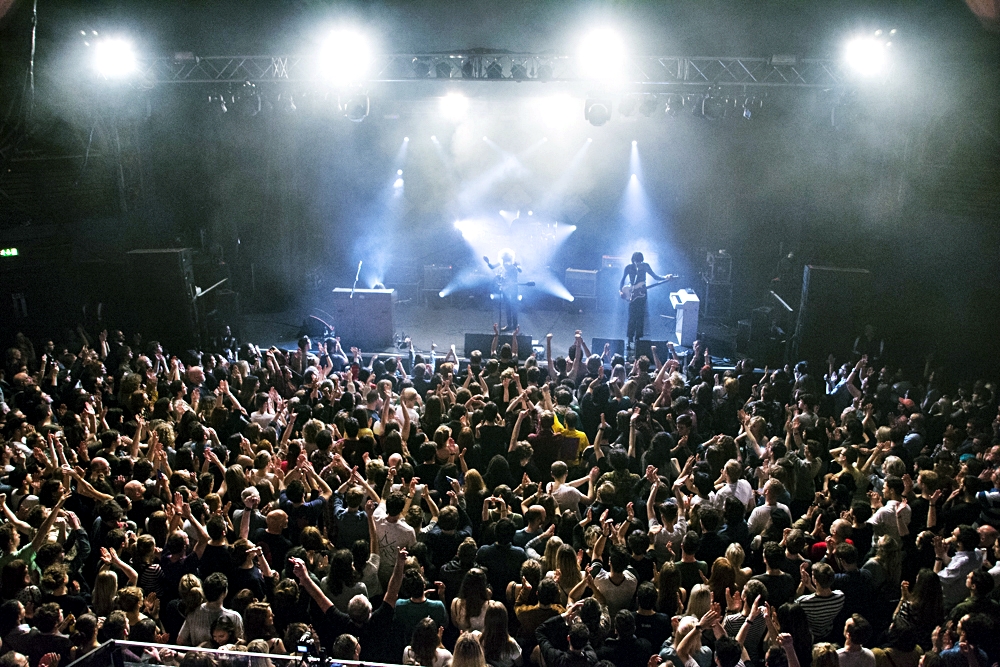