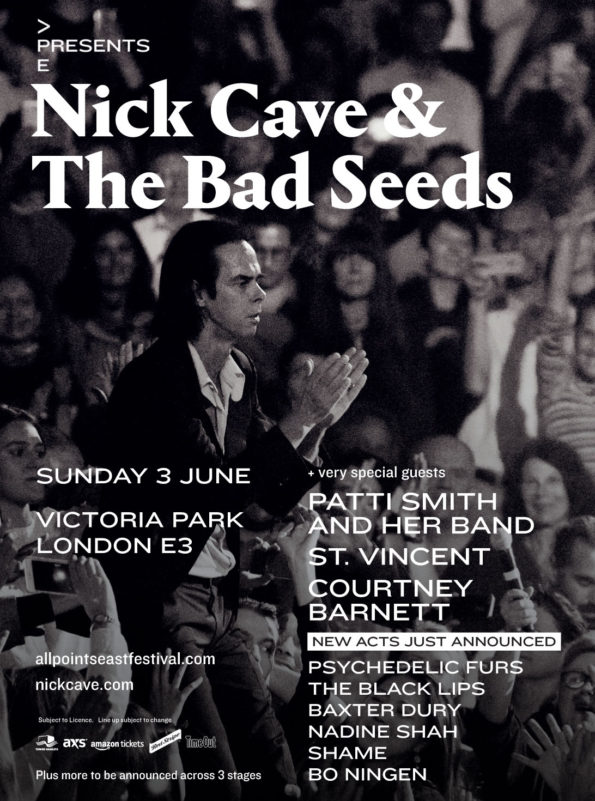 New wave of artists include The Psychedelic Furs, The Black Lips, Baxter Dury, Nadine Shah, Shame and Bo Ningen who will be joining the bill on Sunday 3rd of June.

All Points East is the ten-day event premiering this year. It encompasses a diverse three-day music festival headlined by LCD Soundsystem, The xx and Björk followed by a 4-day community-focused midweek programme of comedy, food, outdoor cinema and more to reflect the vibrancy of the park’s surrounding area. The event culminates in three huge APE Presents… shows with Catfish and the Bottlemen headlining the event on Friday 1st June 2018, Saturday is headlined by Grammy winners The National and Nick Cave & The Bad Seeds headline the finale on Sunday 3rd.

For more info visit the All Points East website.