In Conversation with THE DANGEROUS SUMMER

“We’re back full force”, The Dangerous Summer talk us through their much-awaited return. 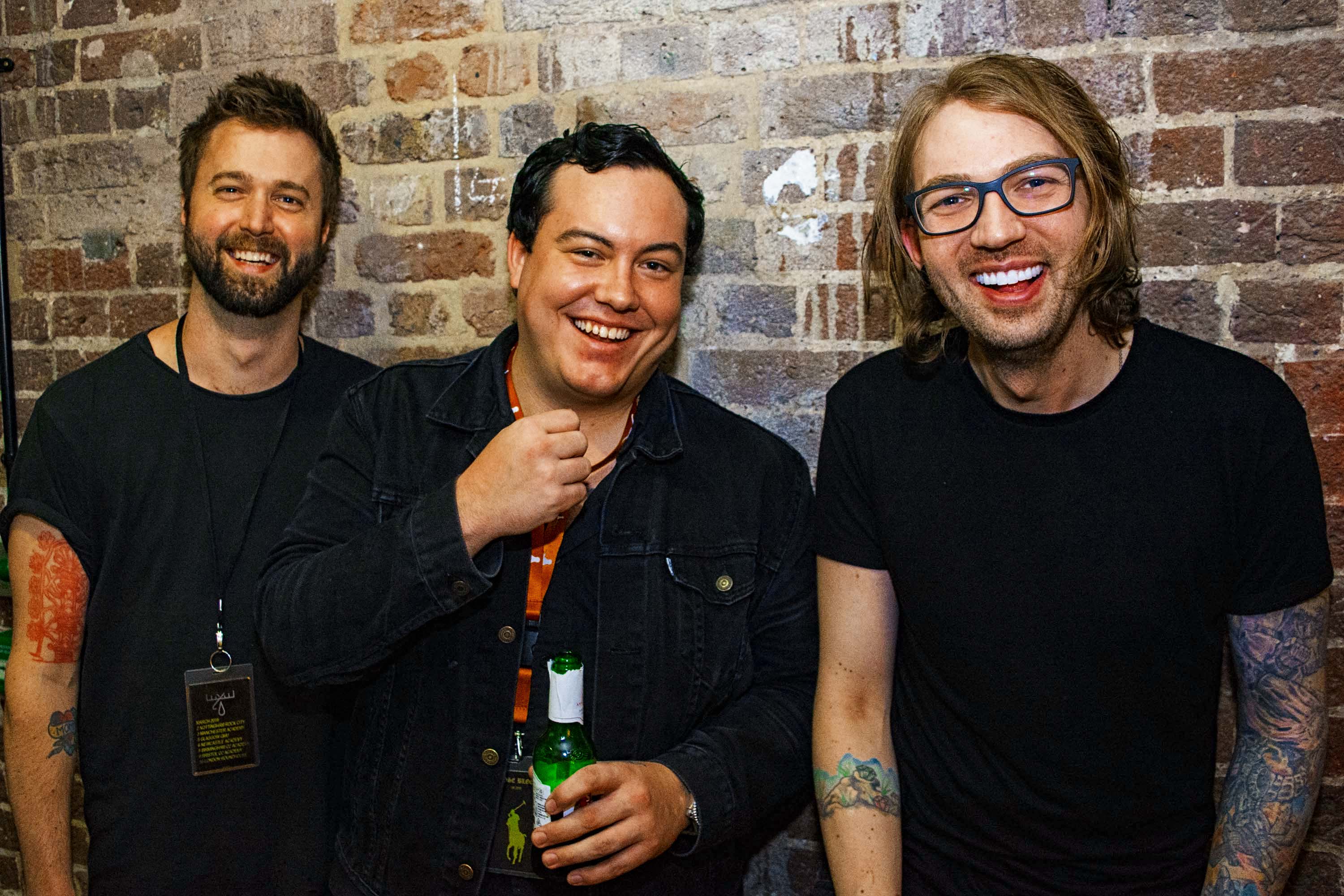 When The Dangerous Summer issued an announcement in July 2017 stating that they were rejoining forces with Hopeless Records to work on new material, we all got a bit too excited. With a fresh vision and a new set of songs, the Maryland now three-piece were ready to face the changes life placed on their path.

Sitting down with the guys on a cold evening in March, they’re about to hit the stage at London’s Roundhouse for their final show on the UK tour with Moose Blood. Having been away for almost five years, TDS seem pretty excited about being back on the road.

“It’s our first time back and it’s been awesome”, says the vocalist AJ Perdomo. “We’ve been partying hard since the beginning [laughs]. It feels great, man. This is what we needed to do. It just took us a while to figure it out. Now we’re back full force.”

“It’s cool to share that excitement with the fans”, drummer Ben Cato emphasises. “They always look at me funny but I’m like ‘Dude, we’re just as stoked as you all are’. It’s cool to feel that again. On this tour there’s been a lot of new faces too. We had a lot of kids saying: ‘I’ve never really heard your band before’ or ‘I just bought your records, this is sick’. That’s cool too. We’re just happy to be here.”

“Yeah, even being here tonight is kinda surreal because the last show we played in London about 5 years ago was in front of 500/600 people at The Borderline”, guitarist Matt Kennedy ponders. “So you know, we’ve been here back and forth since, but this is the first time the band has played here in 5 years. To go from 500 to over 3000 people is pretty fucking nuts.”

In a true British manner, a small talk about the weather conditions couldn’t have been avoided. With snow and wind hailing over the UK, it turns out the band got pretty lucky to even get to London in the first place.

“Getting out here, we hit the snow and everything was delayed, including our flights”, AJ tells. “We barely made it to London on the last flight out of Shannon, Ireland. We got stuck, it was so bad.”

“We sat there all day and there was literally no one in this airport”, Ben adds in. “We had a little soccer game going on inside the terminal.”

“Yeah, we’d been there for 11/12 hours before we got on our flight”, Matt exclaims. “Plus our merchandise didn’t show up for first three days, but other than that everything has been amazing. It’s one of our favourite UK tours we’ve ever done.”

Four years ago the band took to the stage for the very last time, or at least that’s what they thought. The disputes and differences between the former band member Cody Payne and the rest of the group were driving them apart, and the tough decision had to be made. With an assumption that The Dangerous Summer was over, they moved on with their lives.

However, the passion for music and creativity lighted up the spark again and the three-piece reunited a few years later. With a desire to create a new record and push the art forward, The Dangerous Summer was reborn. In January 2018 TDS released their fourth self-titled album, a follow-up to their 2013’s Golden Record. Signifying a true growth and refinement as well as the band’s determination, the record opened up a brand new chapter.

“Once you’re there, you’re excited and it just starts pouring out”, Ben adds in.

And the response has been pretty rewarding too.

“It’s been great”, AJ tells. “People are really accepting the new album. I don’t really hear our fans hating it. Everyone is very positive. I think people are just happy to have us back and we’re happy to be back. The album has been doing great. We stayed on the charts for like three or four weeks in the US which was awesome.

“Yeah, that was a big first for us as a band so we were really pumped about that”, Ben exclaims. “That was very sick.”

“I think it’s done better than any of the other previous albums so it was kinda fun thing to happen when you’d been broken up for so many years”, Matt sums up.

We’ve already established that a reunion requires some celebration, lots and lots of it. When asked about their most rockstar moments, the guys say: “We bring the party”, and a conversation easily follows into a ‘drinking’ pattern. Back on the same bus, who drinks the most?

“That’s between us”, AJ laughs. “But probably you [pointing at Matt]”.

“Yeah, you know how it is, if you’re hungover the only way to get rid of it is to have another drink”, Matt agrees.

Who’s the messiest then?

“Your body is very clean but your shit is everywhere”, Matt offers an explanation.

“I will just spread out all my things, I’m so bad about that”, Ben admits. 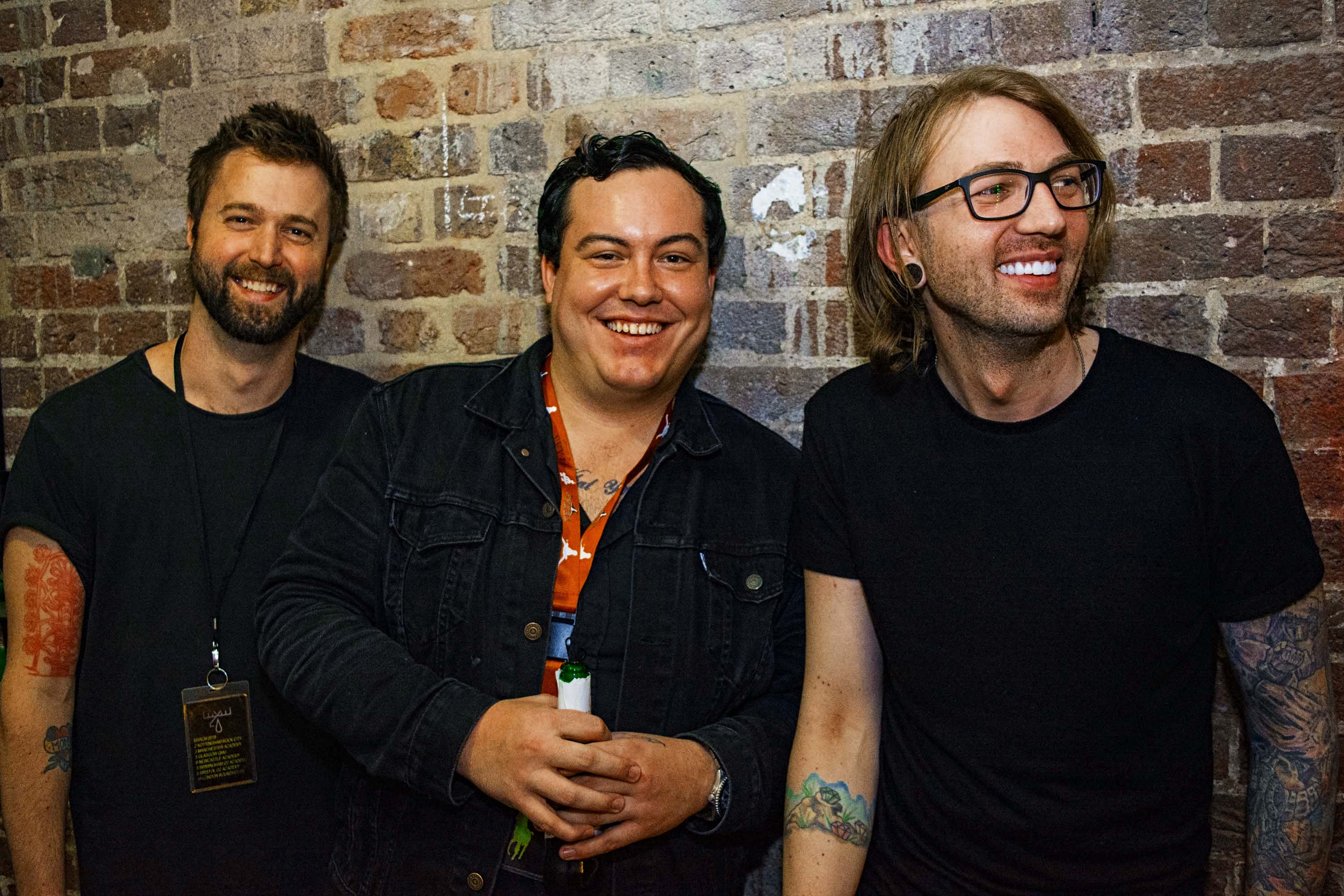 Don’t stop ever, get up there and suck until you figure it out

Technically, these guys have been in TDS for the last 12 years. I wonder if there’s anything no one knows about them, and perhaps they should.

“There’s a lot of controversy around the band from the old shit so we’re working completely different now”, Matt explains.

“We had a bad seed in us for a long time, but you know we’re great guys”, AJ admits. “We love our fans, come out and hang out with us.”

“We just want to do this forever, we’re lucky”, says Matt.

Any advice for upcoming bands?

“Don’t stop ever”, Ben states. “Get up there and suck until you figure it out, just like I did it.”

“Cause the only way to get better is to keep practising and the second you quit usually in the career is your one step away from getting to where you wanted to be”, Matt expresses.