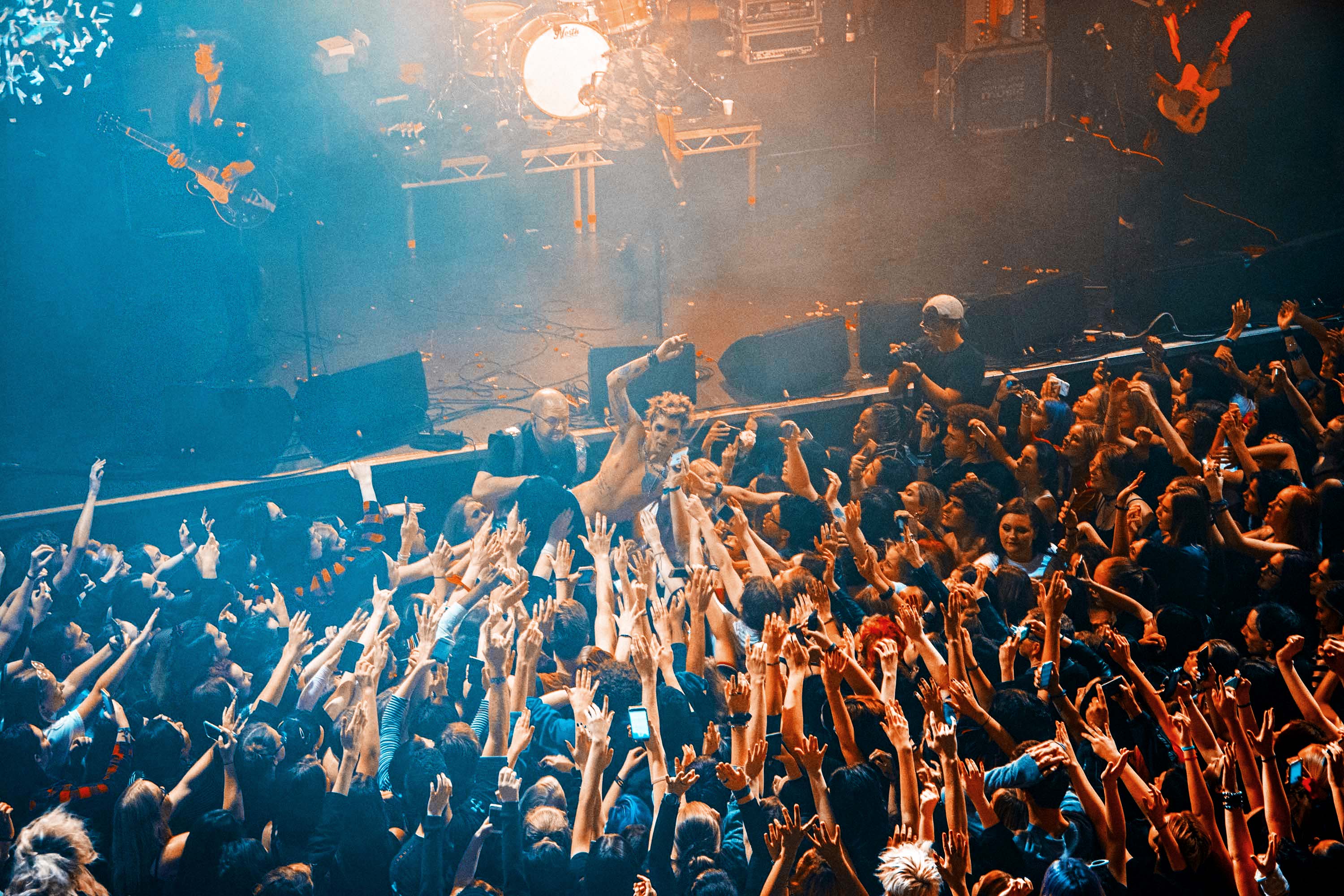 Fashion-art rock is a thing, and it surely is taking over the world.

London fell head over heels for Palaye Royale last Sunday night. Due to a temporary closure of KOKO, the show was moved to Electric Brixton but that didn’t spoil the mood, as their devoted followers, whom they refer to as “Soldiers of the Royal Council”, were ready for the band’s stage antics. It was Palaye Royale’s first UK headline tour after all.

Covered in a golden hue and their signature glamour, the brothers swaggered on to the stage to the sound of the cheering crowd. As pounding drums in Don’t Feel Quite Right kicked things off and set up the rolling pace, the first bodies started to fly over towards the stage.

Revitalising the emo phase that has never truly gone away, Palaye Royale encompass the teen angst and troubles of misunderstood youth generation in a gripping manner. Packed to the brim, Electric Brixton was a testament to that as vocalist Remington Leith pointed out: “We played to 250 people 11 months ago. How did this happen?!”, with guitarist Sebastian Danzig adding a few words in: “I’m gonna call you KOKO ’cause that meant something.”

Fusing classical influences with modern rock elements, Palaye Royale‘s music hits you with brutal honesty and infectious thrill in an instant. Taken from their sophomore record, Boom Boom Room (Side B), the dramatic soundscape of You’ll Be Fine quickly filled the room as dynamic rhythmics and Remington’s raspy vocals conveyed the tension. With a catchy infusion, Death Dance struck with a galloping chorus that set hearts racing, whilst Teenage Heartbreak Queen was a delightful journey through nostalgia and heartbreak.

In between Sebastian’s occasional stagediving, the band served us an unreleased song, driven by the adrenaline-charged rush of electrifying guitars and propelling drums, alongside the commentary from the singer: “This is one my favourites, there’s the most beautiful lyrics at the end of this song – ‘Fuck You'”.

Taking it down a notch, but only for a little bit, accompanied by gliding electric guitars Ma Chérie saw drummer Emerson Barrett take the centre stage with a tambourine in his hand. With a dedication to a girl who had recently passed away, the song created a truly special and emotional moment of the entire set.

Totally losing themselves in the overwhelming madness, the crowd was buzzing and singing along to every song. What’s more, it wasn’t until I made my way to the balcony that I realised how many dads were looking after their kids. “This is a song by one of our favourite bands. Has anyone heard about My Chemical Romance?”, the screams erupted as the lyrics of Teenagers echoed throughout the room causing a wave of emo nostalgia. No matter the age, everyone in that room was singing their lungs out.

One of their most outstanding tracks, Mr. Doctor Man threw us into the sonic maze of hammering drums and crisp guitars once again, with vocals sending shivers down your spine, whilst All My Friends was a passionate and poignant moment. “Let’s make this a Taylor Swift concert. Take your flash lights out”, we heard.

“We’ve got a couple more but this is the best show in my whole fucking life”, Remington admitted and the band expressed their gratitude towards their mum, crew and security, who were doing an amazing job during the entire night. The show had to be stopped a few times due to people being dragged out of the pit.

Heading towards the end, How Do You Do? and Warhol squeezed the last ounce of energy out of the restless audience, bringing forth the grand finale as I watched Remington being tossed above our heads in a confetti rain. The last bow and one more smashed drum kit, and they were gone.

Balancing on the verge of sanity and madness, Palaye Royale have built their own unparalleled world and become masters of chaos and extravaganza. With a magnetic and theatrical demeanour, their authentic style definitely makes them stand out, and one thing’s for certain, this is a band that’s destined for stadiums and arenas. 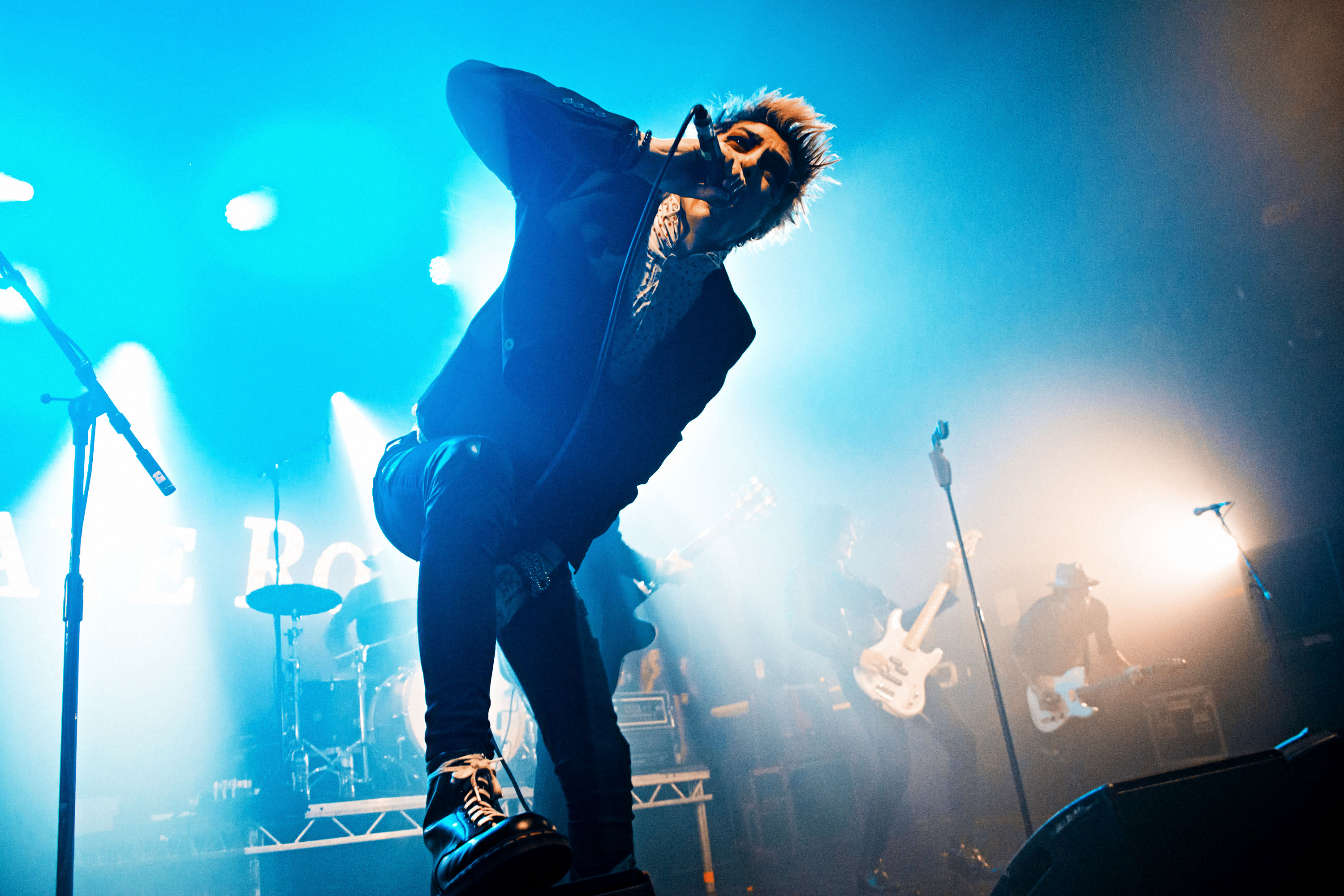 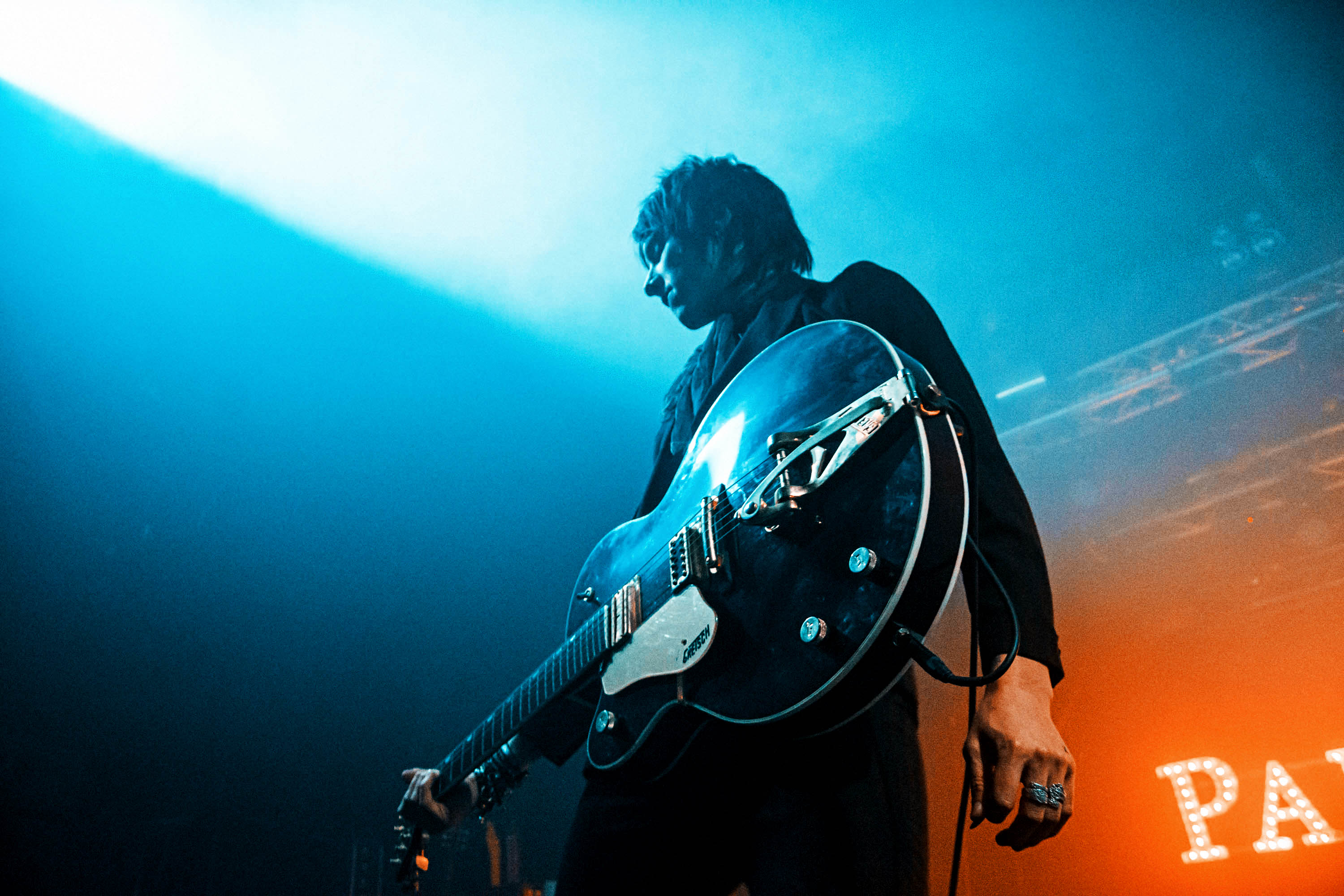 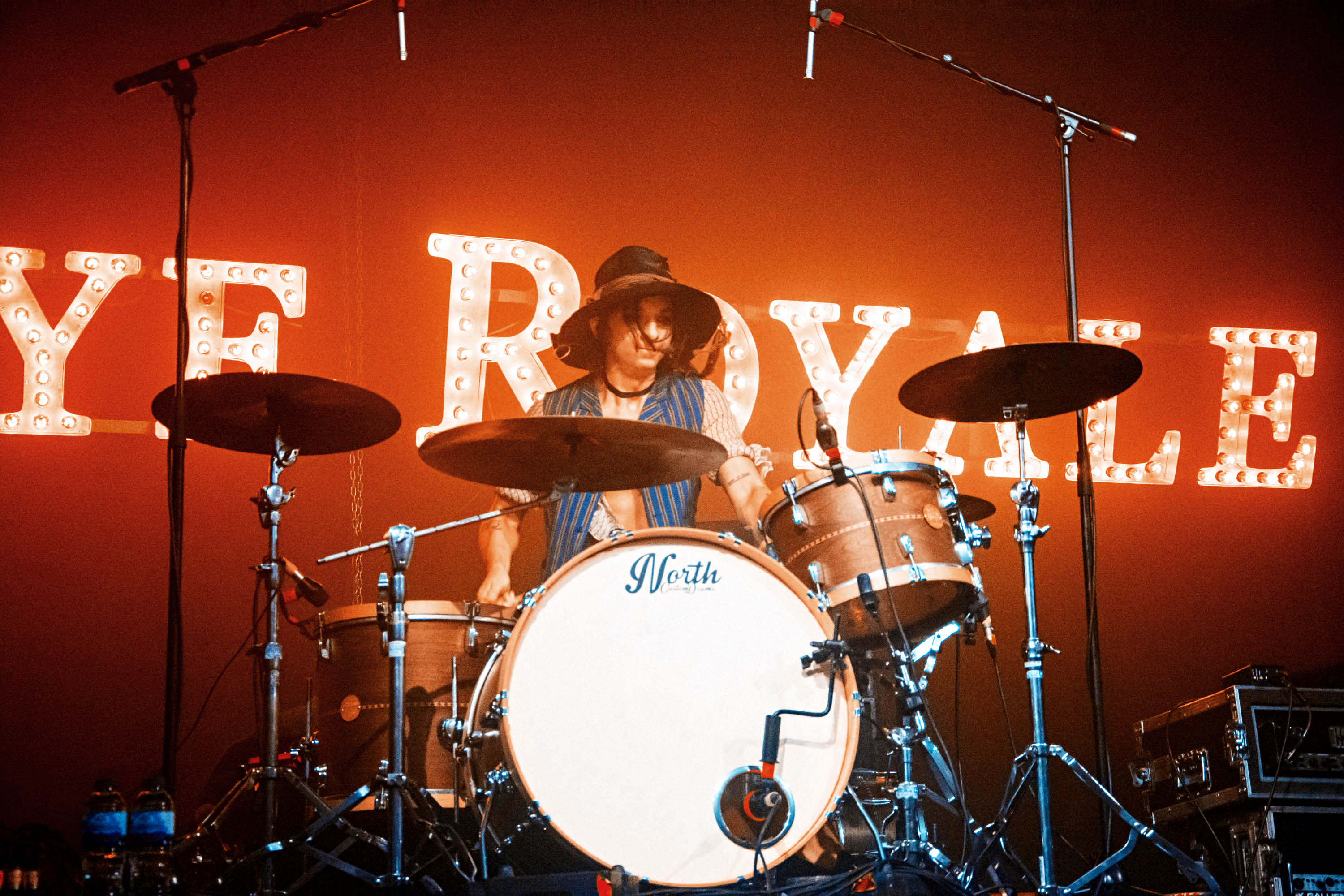 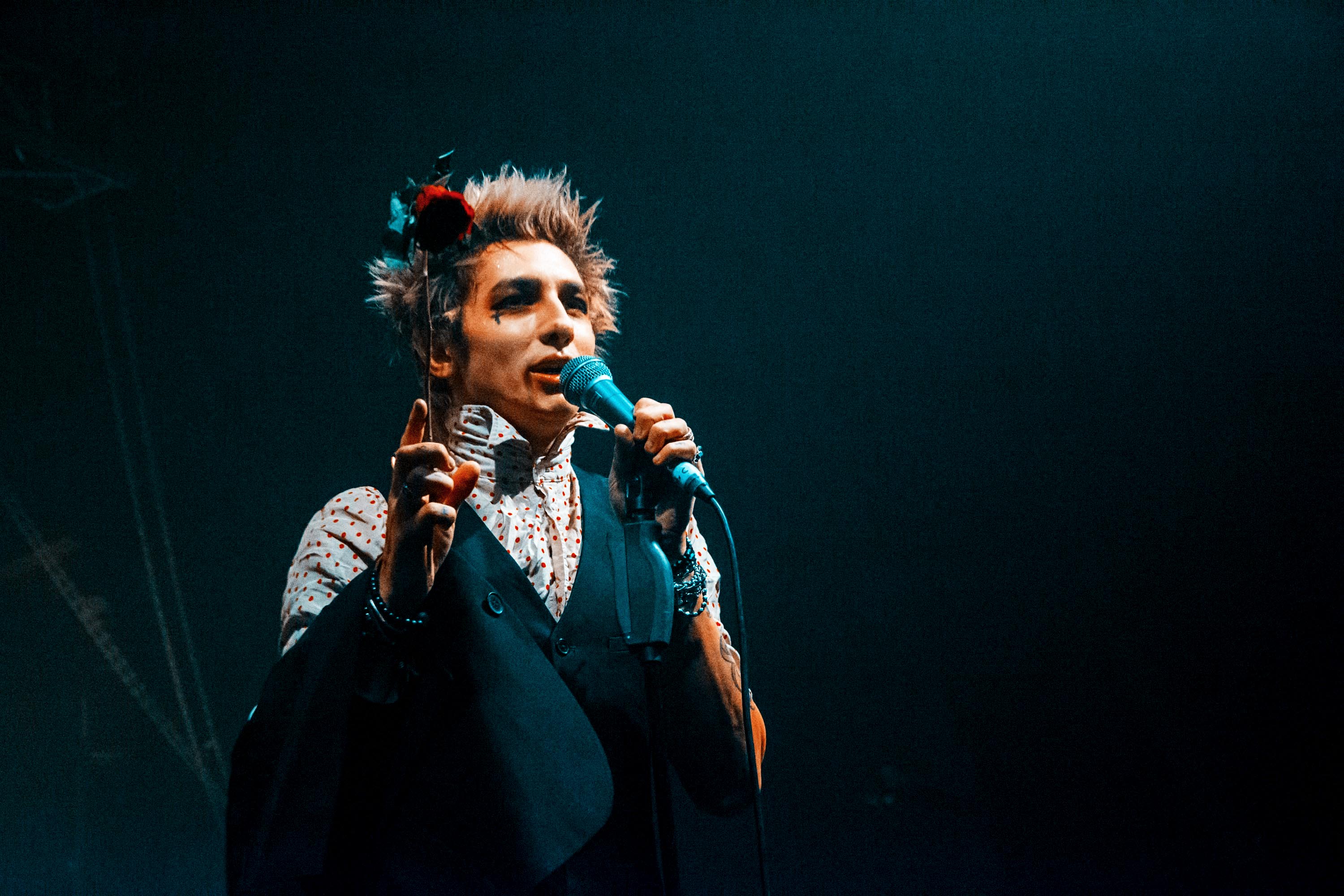 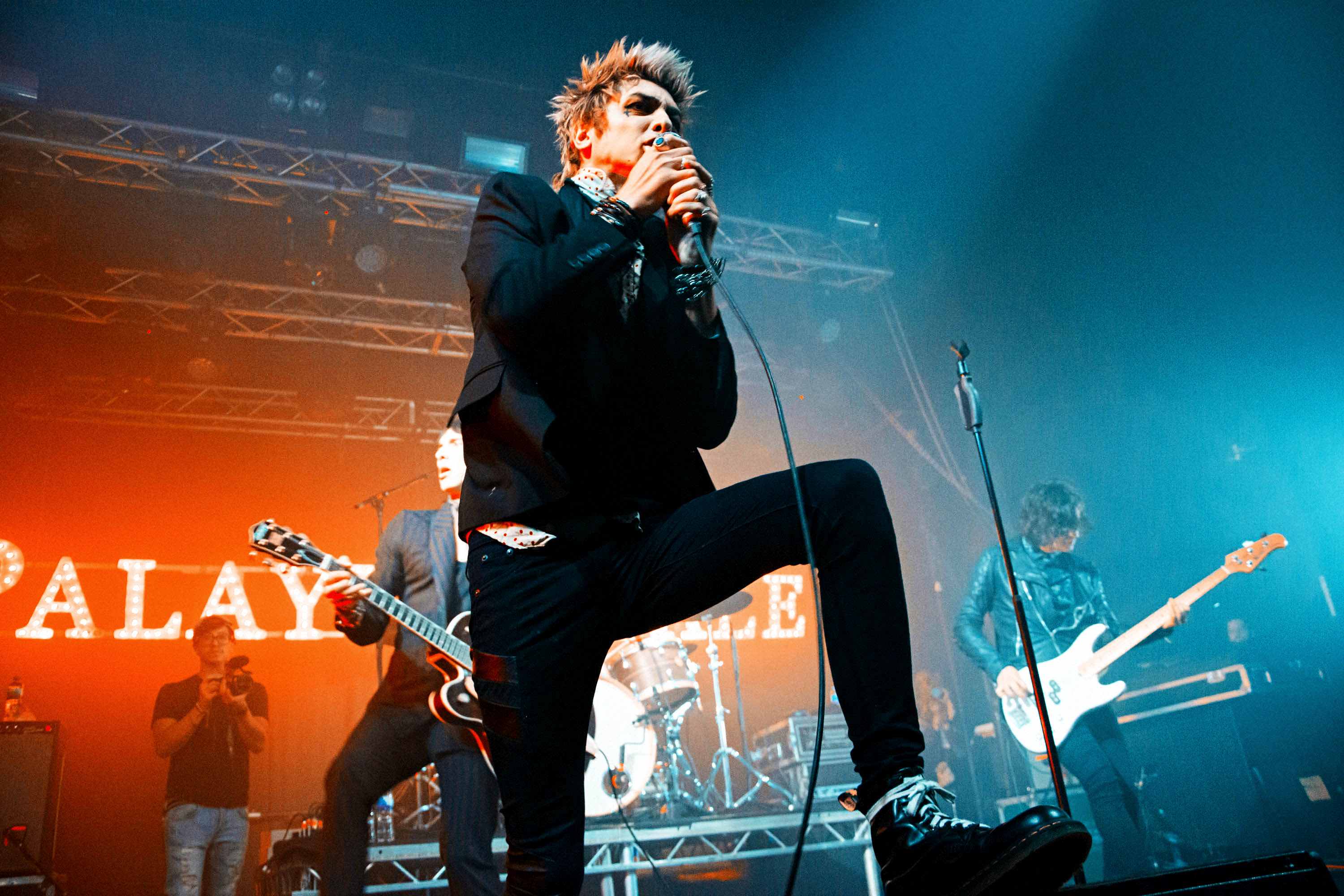 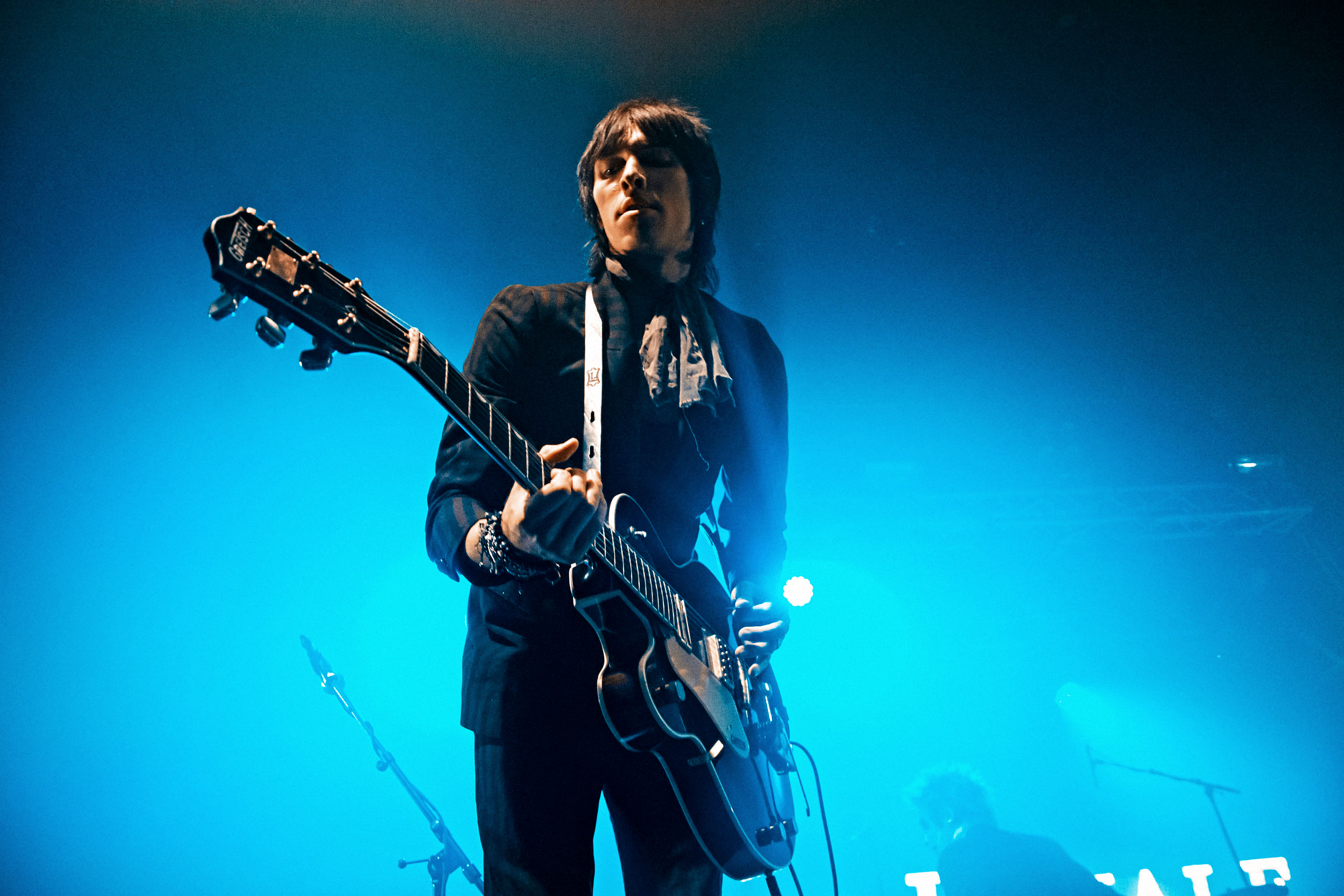 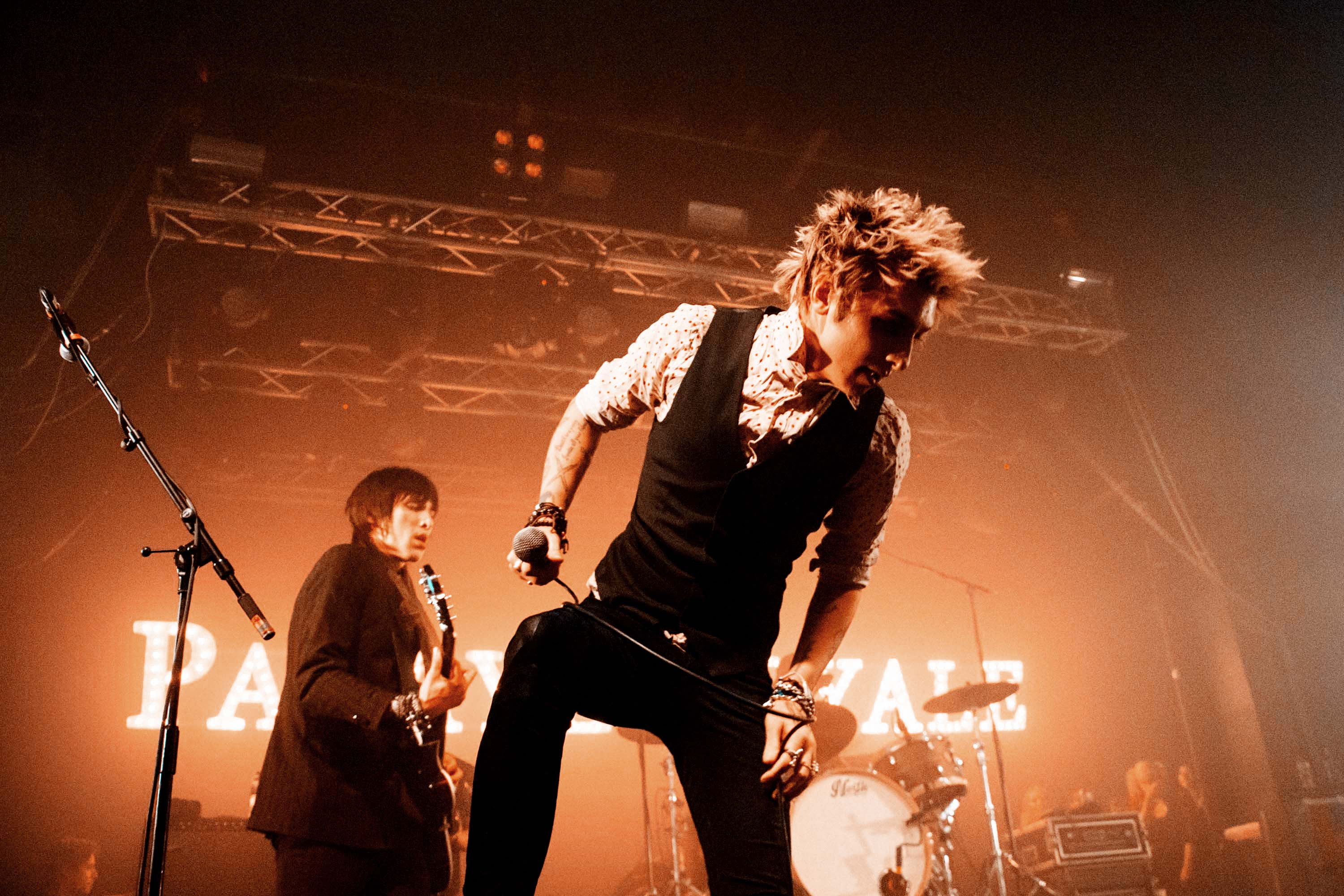 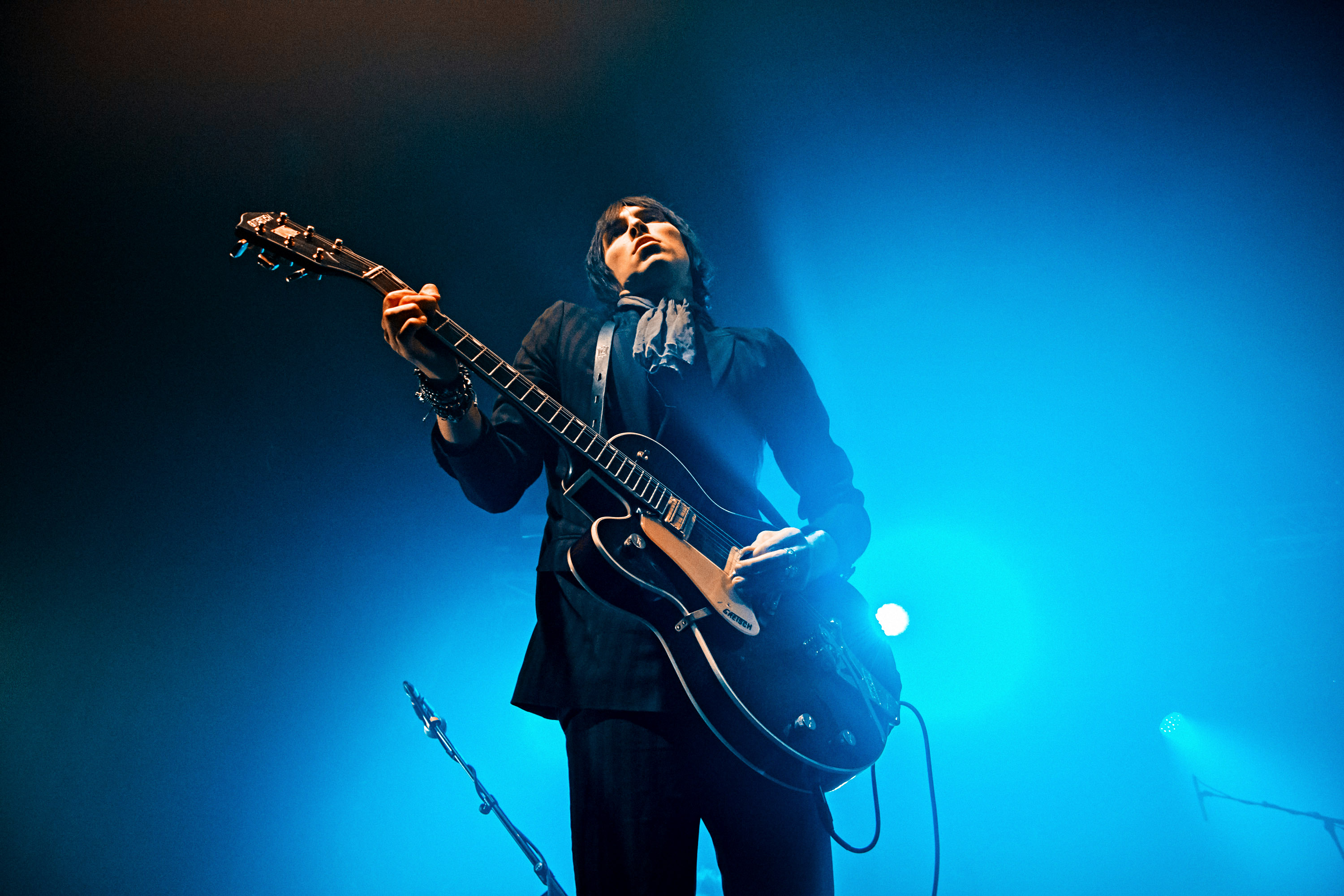 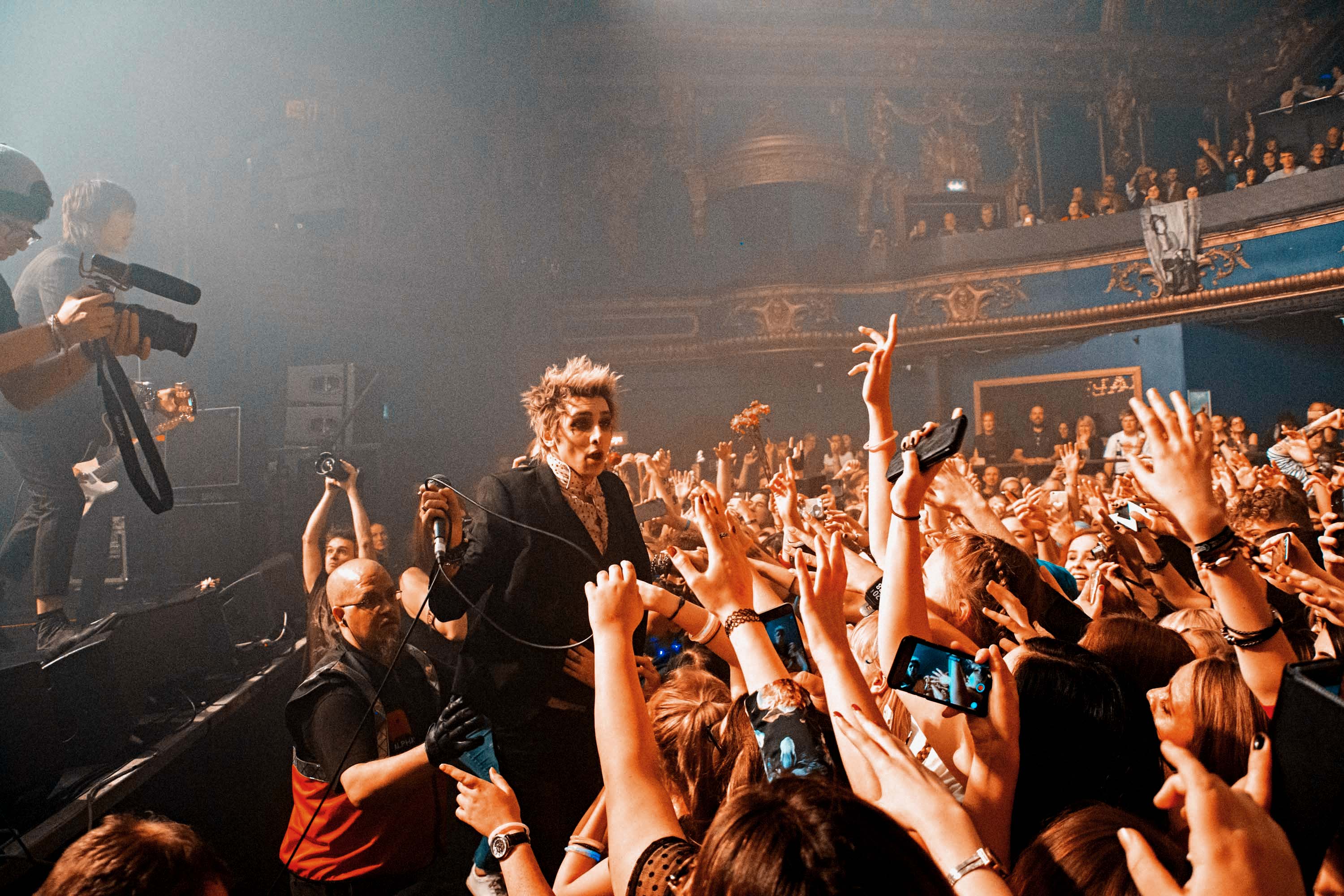 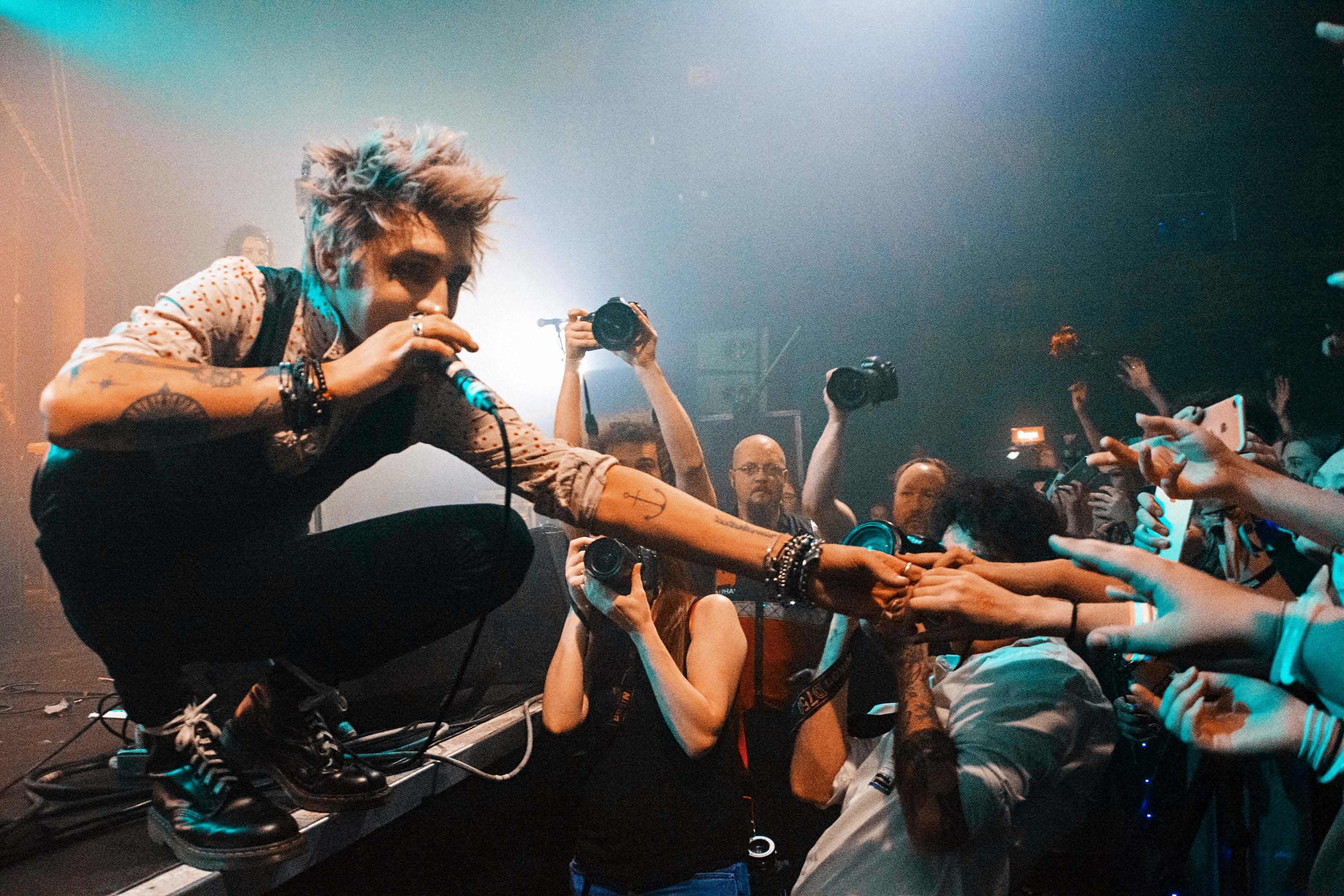 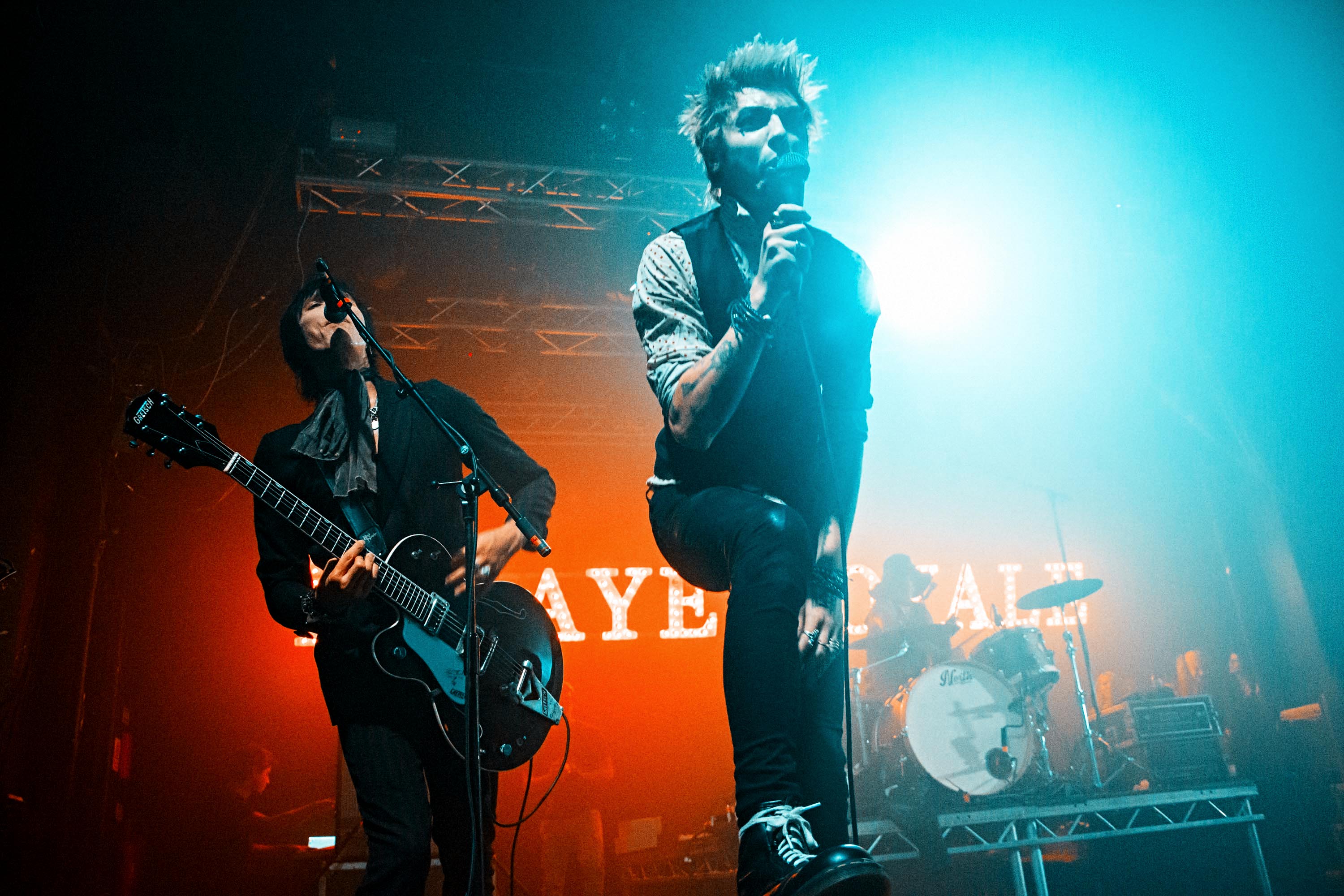 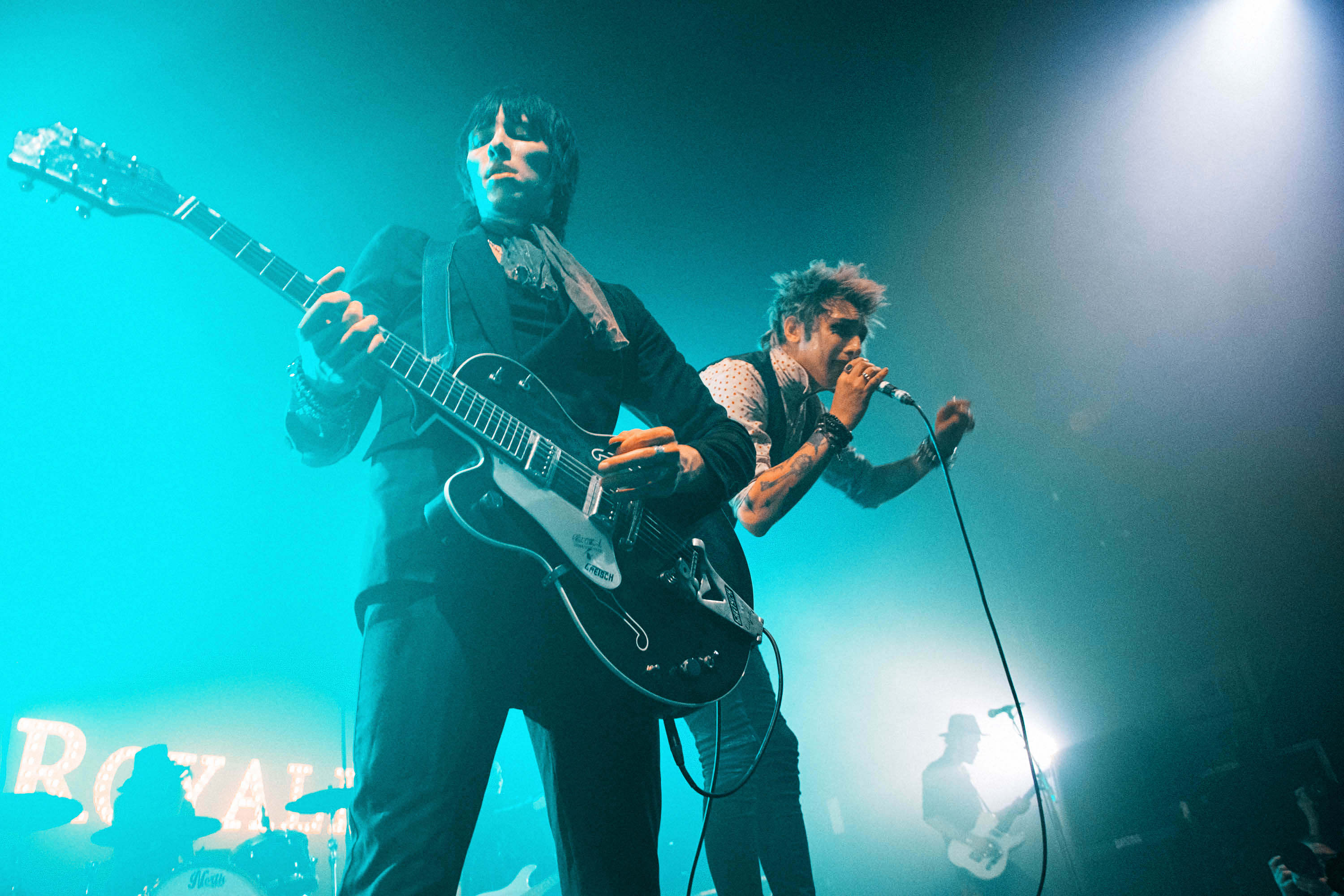 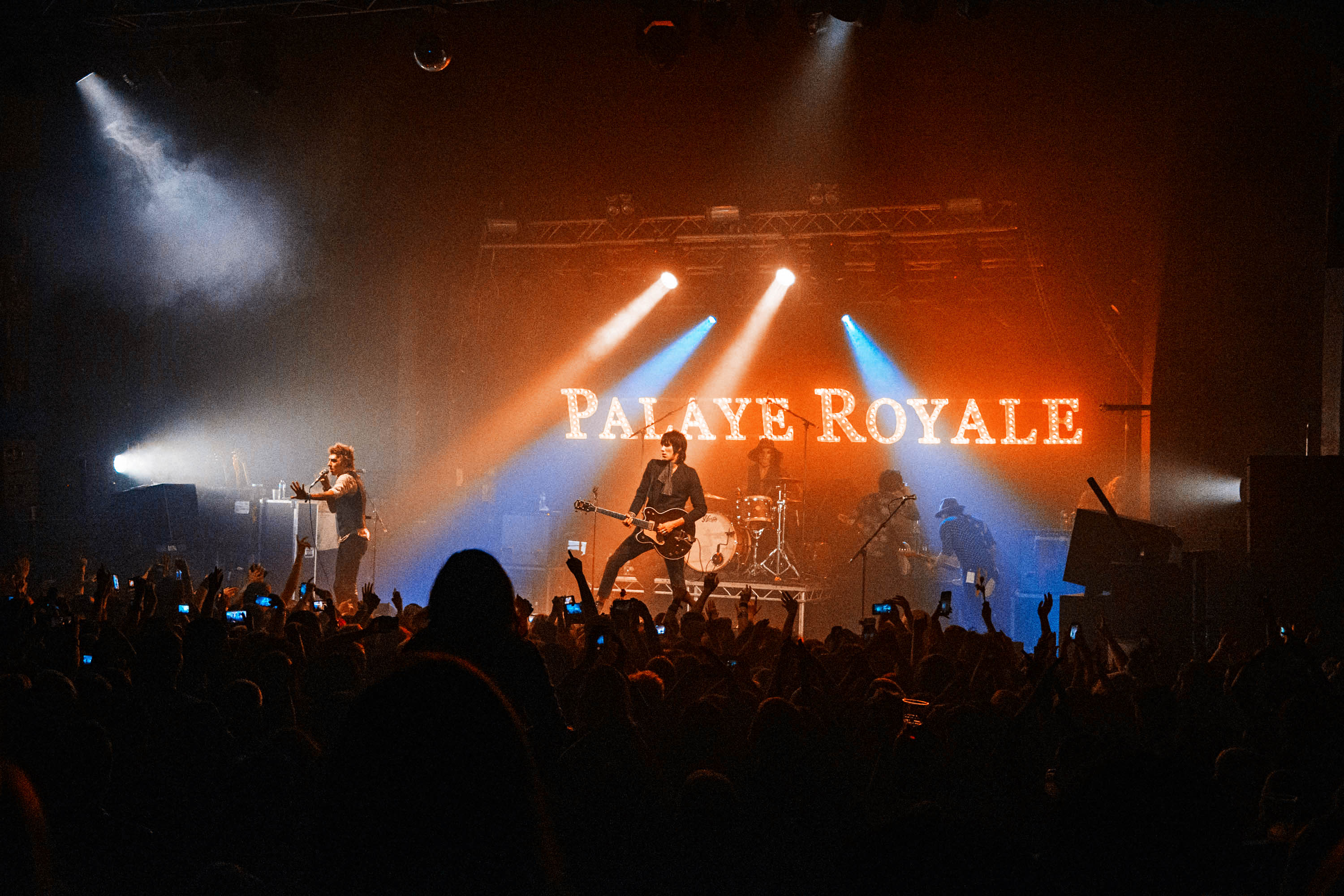 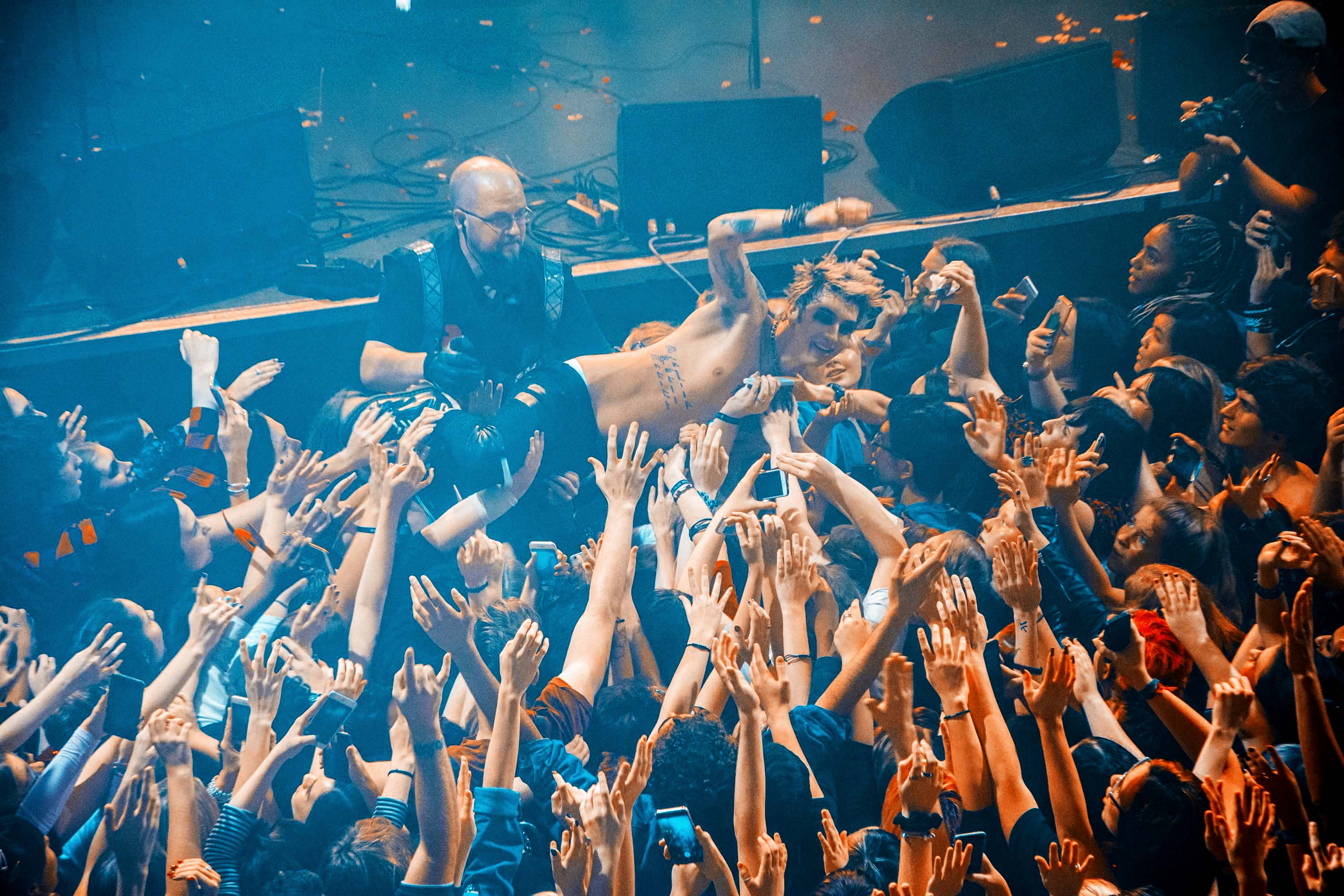 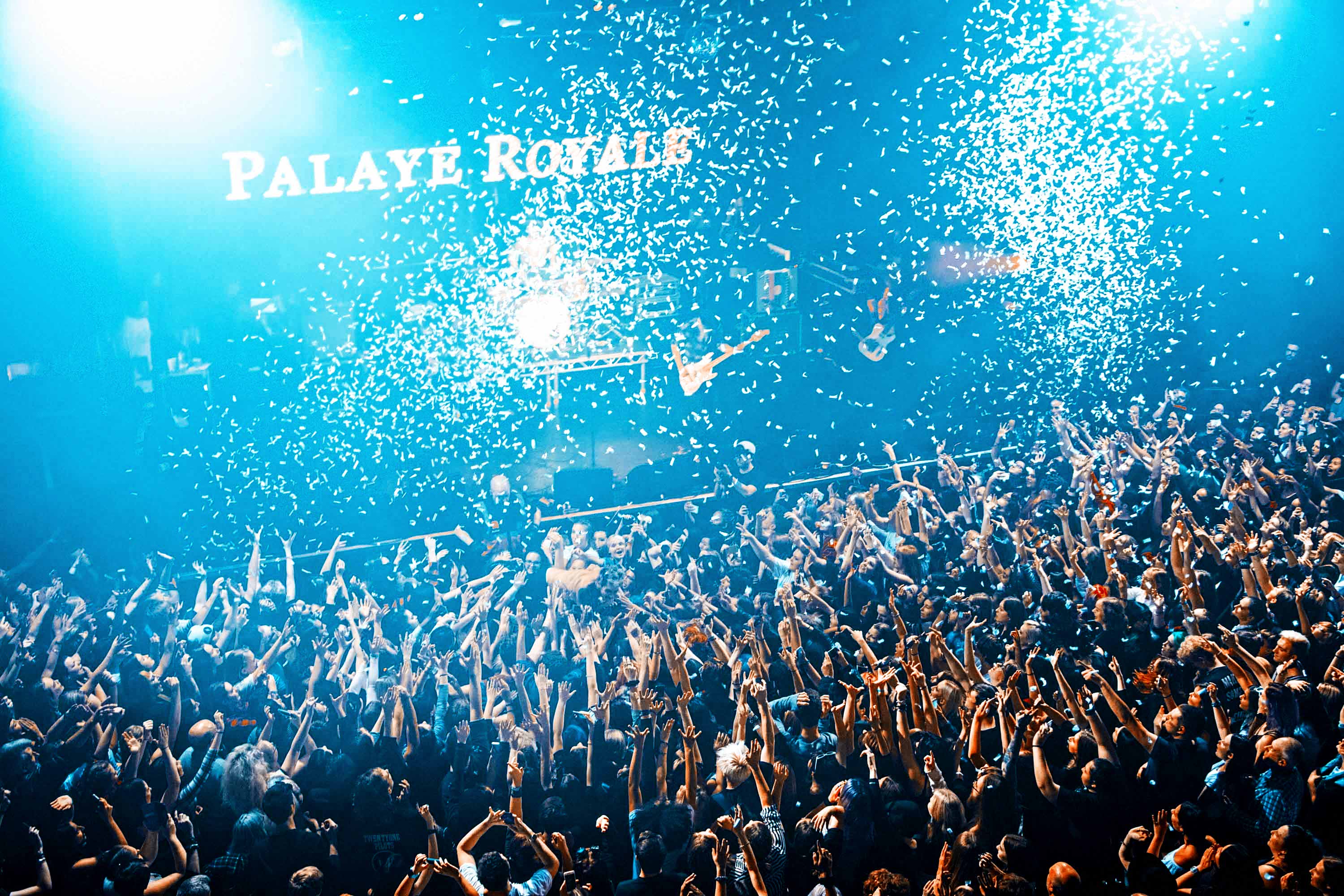