Awash with glittering riffs, you won’t be able to resist the newest track from Bloxx. 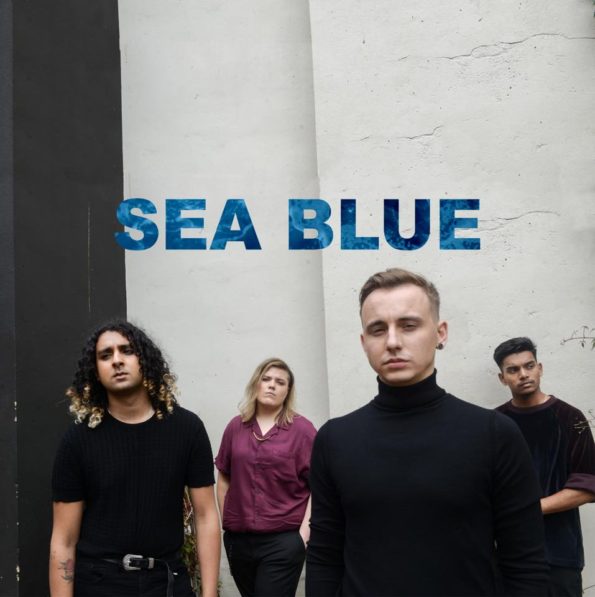 Uxbridge four-piece Bloxx have treated us to yet another indie banger, this time in the form of Sea Blue.

Fresh from their biggest headline tour, which spanned an impressive 22 dates and saw the band selling out London’s Borderline for a sweat-infused show, Sea Blue is the perfect link to wrap up the end of this period and prepare for their upcoming EP. Sitting alongside Lay Down and Monday, Sea Blue joins the list of tracks that will feature on the band’s debut EP Headspace which is slated for release next year via Chess Club.

Opening with a capturing guitar melody that wraps around you with its warm tones, a building drum explodes in a completely infectious instrumental introduction that will have you shaking your hips and hair. There’s an uncompromising energy that drives throughout the track, but never in a way that feels rushed. As the high vocals get echoed by the instrumentals, you won’t be able to resist the urge to sing along. Sea Blue gives you yet another reason why you should be excited about this band and their upcoming EP.

Catch the band on one of their upcoming live dates.