Welsh alt-rockers Feeder recently celebrated their 25th anniversary of being a band by releasing a complication album in 2017, and this year they are releasing their 10th studio album, Tallulah. Full of contagious energy, it’s a worthy 10th. 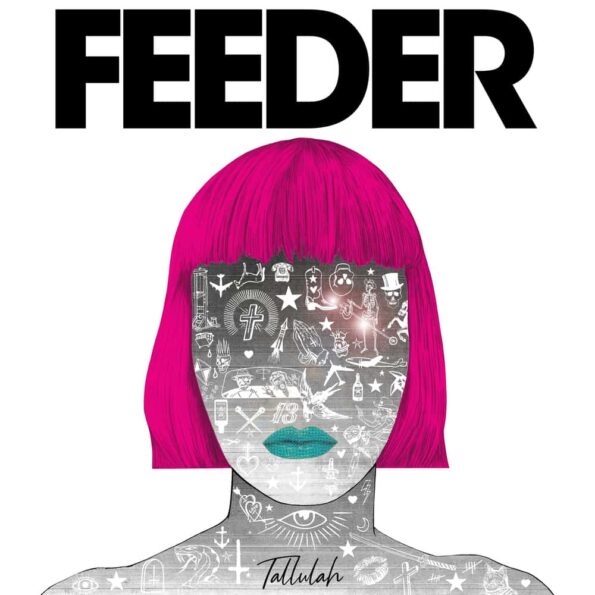 Grant Nicholas of Feeder is a prolific songwriter, with the band releasing ten singles in 2018 alone, none of which made it on this album, or any EP for that matter. Nicholas seems to be writing non-stop at a consistant quality, so expectations for Tallulah were high.

Opening track Youth immediately sets the tone. Listen to it, close your eyes, and you will immediately picture yourself driving down the highway in a convertible while the sun shines. “We’re just lovers on the run, California here we come”, Nicholas sings. It’s almost a cliché, but an effective one at that. The song proves that despite the bandmembers hitting their fifties, there’s still a youthfulness there that shines through.

When writing for the album, Nicholas had a specific goal with the songs as he explains: “I wanted to make a lot of the songs really adaptable. I didn’t want them to have be massively produced, I wanted them to also work in a stripped-back way.”

It’s therefore no surprise that Youth was also released as an acoustic track separate from the album, immediately changing the tone of the song and turning it into a bittersweet melody. It shows the versatility of Feeder, which is further shown on the rest of the record.

The lead single, Fear Of Flying features much darker verses than the previous tracks. Dealing with fear and conflict, the song still manages to be packed with confident alt-rock hooks. Similar to Kite and Guillotine, the song proves that Feeder are the Welsh answer to Foo Fighters.

A big theme on Tallulah is hope. Blue Sky Blue, track two, promises that better times are coming, whereas Daily Habit features the lyrics “a river of love flows in, to wash away the pain” and Shapes And Sounds is themed around finding something to hold onto. These buoyant lyrics combined with optimistic hooks shape a big portion of the album into what it is.

An interesting turn from Feeder’s usual sound can be heard on Kyoto. The metal riffs rip through the song in a way we haven’t heard on the album before, exposing another layer of the band that almost makes me wish they’d release a metal EP on the side.