The third studio album from Eastbourne’s very own ROAM sees the band embracing the pop sound and mixing different genres. 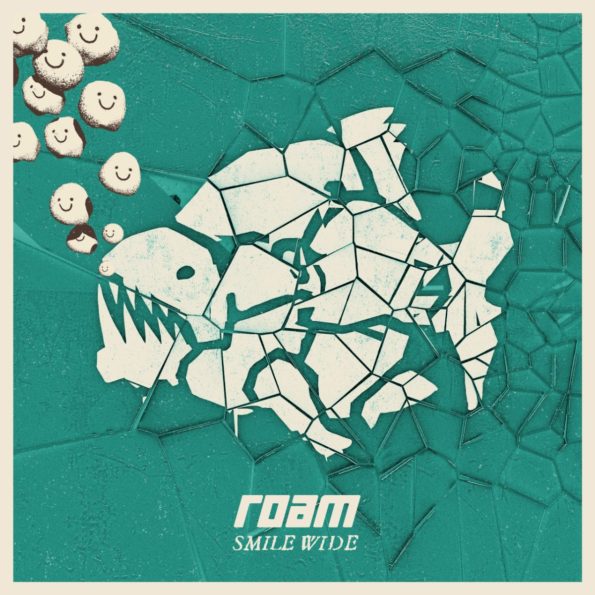 Smile Wide opens with a great riff on track Better In Than Out and the words ‘I’ll let you in on a secret if you promise you won’t keep it.’ An attention grabber, and a sound reminiscent of their previous album, Great Heights & Nosedives. This pop-punk sound continues into I Don’t Think I Live There Anymore. The latter exemplifies the theme of the album. ‘My body’s such an empty fucking hole. I see it move, but I’m not in control’, singer Alex Costello sings. As the band has said about the record: “The album as a whole is about feeling overlooked and out of control. It’s about feeling like a puppet in someone else’s game, and they’re making decisions you don’t agree with, it’s about taking that control back and not letting people walk all over you anymore.”

Whereas the first two tracks are reminiscent of ROAM’s earlier pop-punk work, as is fourth track Play Dumb, LOUD, however, takes an interesting turn. ‘L-O-U-D’, a choir of children’s voices booms through the first seconds of the song. Followed by a grunge-y guitar riff, it’s a stark contrast within the same song. The chorus is cheesy at best and reminds of Taylor Swift’s much ridiculed “hey kids, spelling is fun!” line in her recent single featuring Brendon Urie.

As it turns out, LOUD isn’t the only slightly cheesy poppy song on the album. Hand Grenade, one of the previously released singles, sports interesting verses with strong guitars but choruses that sound like Busted or McFly could’ve released them. A rollercoaster of a song.

Despite a couple of sharp turns here and there, Smile Wide mostly includes the kind of songs that ROAM are good at: good old-fashioned average pop-punk. Three-minute, easy listening, existentially angsty tunes with a strong riff or drum track. Great examples of this on the album are Red & Blue, Toy Box, and The Fire On The Ceiling.

Although Smile Wide includes a few eyebrow raisers, the album is an enjoyable listen overall. ROAM try out a few new tricks, but eventually stick to what they’re best known for. And even though their latest release doesn’t quite supersede Great Height & Nosedives, I will sure have a dance when ROAM start playing Piranha live.