Stretching across the UK and Europe in February and March 2020, the tour will be the first time the band return to the UK since their sold-out show at O2 Brixton in 2017.

Following a monster North American co-headline tour with Beck and with the release of their critically acclaimed album, Social Cues, earlier this year, Cage The Elephant have announced a UK and European tour for 2020. Support across the run will come from SWMRS (UK & EU) and Post Animal (UK only).

Tickets go on sale Friday September 27th at 9:30am here. 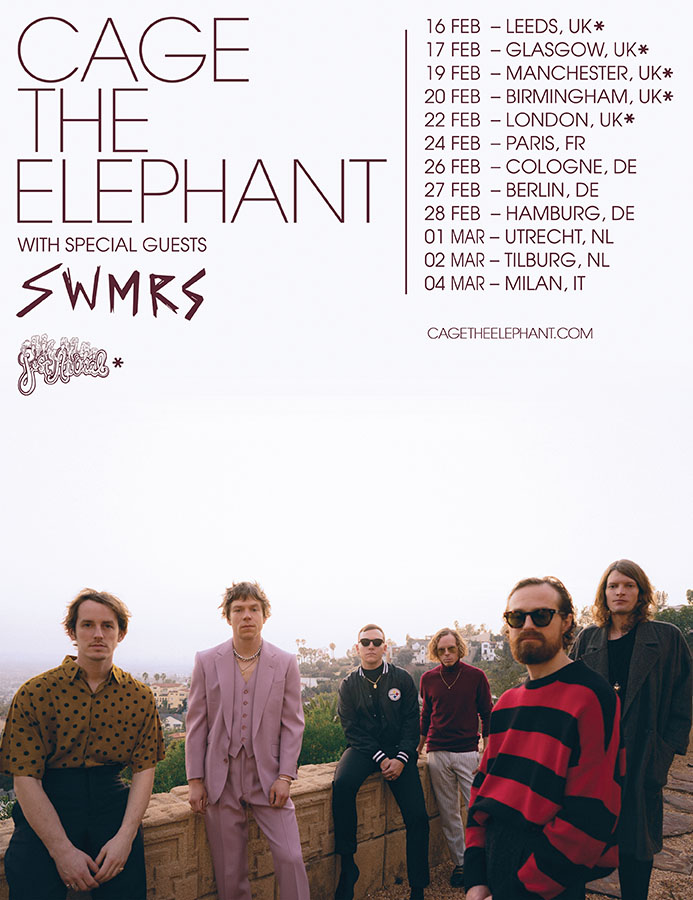