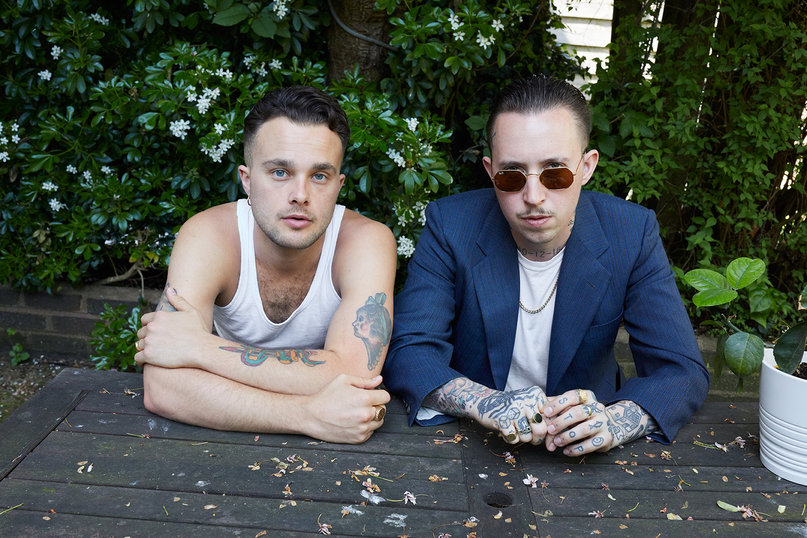 Lyrics like “One more day won’t hurt, now three more years have gone” and “Cocaine is a hell of a drug when it’s running through the veins of a small town thug” seethe over thrashy, guttural bass, reflecting the repugnant nature of small-town, hot-headed mentalities.

In the accompanying video, directed by IDLES and Marika Hackman collaborator Will Hooper, Slaves are intercut by shots of violence, bar fights, smashed glass and crushed cars.

Ahead of their December UK tour, the UK icons have released the video in order to “juxtapose symbolic cinematography with CCTV-like images, all emphasising the destructiveness of male repression and small mindedness.”

‘The Velvet Ditch’ is four songs from four different corners of our band. It was us approaching small town mentality, destructive behavioural patterns, and the mental cycles that can be such a struggle for us all to break. The dark recesses within all our minds and how to keep them at bay is what we were exploring through these different styles of music.

Slaves will be hitting the road this December. See full dates below.