The Wha, an Irish band hailing from the quaint city of Kilkenny, have released their second ever track 40 Odd Years on Chess Club. 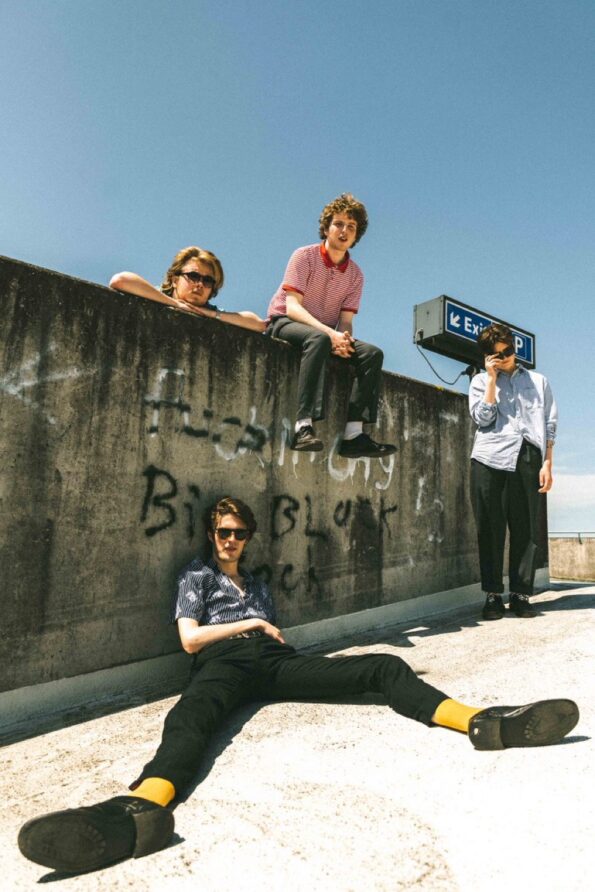 The four-piece, having gathered increasing momentum off the back of their debut single Innocents in August, have also confirmed their first ever London date – on 28th November at The Sebright Arms for Good Karma Club.

40 Odd Years is a laid-back, sunshine infused Twin Peaks-esque four minutes of fuzzy guitars and compressed vocals. It’s messy, but the incohesiveness adds an endearing twist to an otherwise straight-forward garage rock, indie pop tune. It falls more in the realms of pleasant than groundbreaking, which isn’t necessarily a bad thing.

Their influences range from Julian Casablancas, and Alex Turner to Jack Kerouac and The Beatles, merging the classic and the contemporary since they formed a songwriting partnership aged just 15 years-old.

With lyrics about a grandmother turning lesbian and her lover subsequently murdering her husband, The Wha hardly blend in to the background when it comes to songwriting – perhaps inspired by the lack of any real direction in their hometown:

Growing up in Kilkenny has its ups and downs. It’s a small city, you can’t really run away from anything. I think lots of young people here get to the point where they want to leave, whether it’s for two years or forever. It is a fun town to grow up in. Some nice spots, some nice pubs. It’s easy to waste time here.