Vukovi return with an intoxicating sound to snatch your senses and to swiftly drag you through a fierce whirlwind of contrasting emotions. 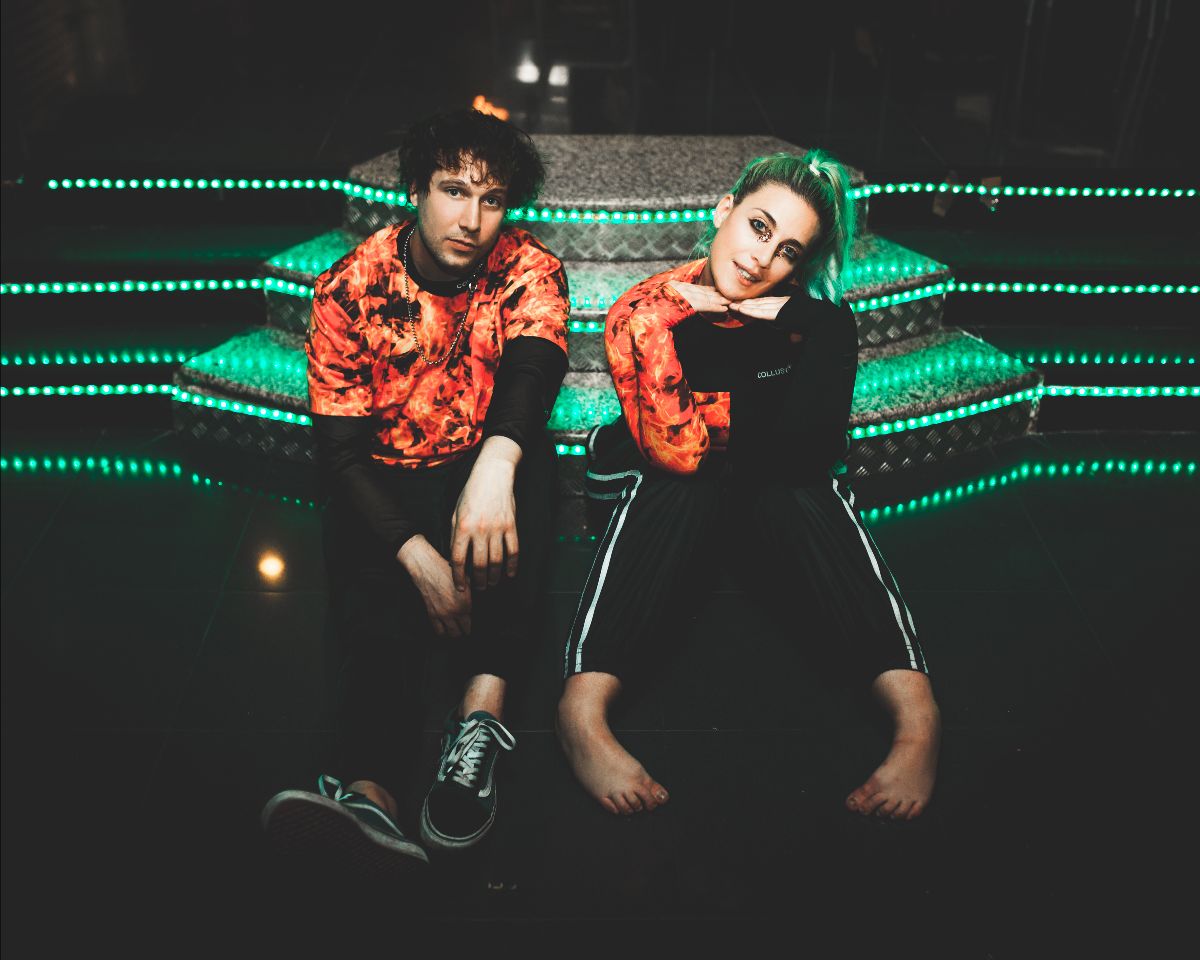 It’s one of the darkest songs we’ve ever written lyrically. It’s has a deliberate schizophrenic vocal production over a rock Rumba beat and stupidly heavy guitars which sounds fucking terrible, but it really works so beautifully. This one for me is the daddy track (whatever that means).

The anime voice/hook you can hear is from a super limited-edition guitar pedal called Miku Stomp. You can programme it to say phrases in Japanese through the guitar (wizardry shit, right?)

“Guitar (wizardry shit, right?)” Yes indeed, we couldn’t agree more! We might even go as far as saying the entire song is a result of cunning wizardry. Just as Janine’s voice turns into electric guitar sound, we are swallowed by a tumultuous avalanche of vicious instrumental paired with cocktails of distorted and angelic vocals. The song is overwhelming from start to finish in its blasting energy and captivating in the variety of sounds that somehow complete and support each other even though they are, traditionally, opposites. Similarly, the lyrics describe a mad world where the clashing feelings of fear and safety, hurt and love coexist within the same person who plays the role of both the captor and captive. Confusing as this might be, it all makes perfect sense.