Album Review // BOMBAY BICYCLE CLUB ‘Everything Else Has Gone Wrong’

Indie rock giants Bombay Bicycle Club return with their fifth album, Everything Else Has Gone Wrong, marking the start of a very promising decade ahead. 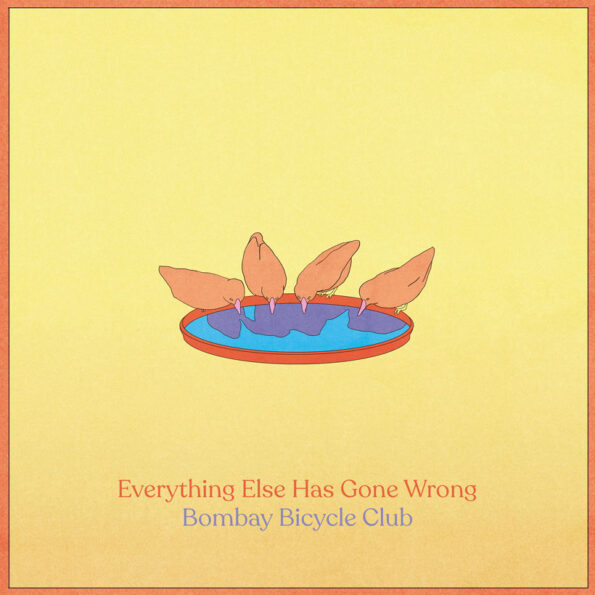 Back in January 2016, Bombay Bicycle Club‘s announcement of an indefinite hiatus shook the worlds of indie music lovers everywhere. Who knew that So Long, See You Tomorrow really meant ‘so long, see you God-knows-when’?

Sure, they didn’t leave us in complete silence – frontman Jack Steadman’s first album as Mr Jukes was a dazzling blend of jazz, soul, and funk. Drummer Suren de Saram played as a session drummer for other artists, including a stint on bassist Ed Nash’s solo project Toothless, while guitarist Jamie MacColl attained an undergraduate degree at King’s College and a Master’s at Cambridge during his time off. But nothing could fill the Bombay-shaped hole that gaped open in our lives. Then, almost exactly three years later, our prayers were answered, and the quartet announced their return.

2019 saw the band return to playing live, including a tour to celebrate the 10th anniversary of their debut album I Had the Blues But I Shook Them Loose, a US tour, and an appearance at Wilderness Festival. It was evident that they’d been missed, particularly at the O2 Academy in Brixton, where a six-minute long round of applause left the band feeling stunned and speechless on stage. A new album was also announced, with singles released periodically leading up to the January 17th release date. Their fourth studio album, the Mercury Prize-nominated So Long, See You Tomorrow which peaked at number 1, was arguably their best so far, and was always going to be a tough one to follow, especially after nearly six years.

Produced by Grammy Award-winner John Congleton, BBC’s Everything Else Has Gone Wrong is “for anyone who’s ever turned to music in a time of crisis”. It’s safe to say that genre aside, it’s highly relatable – music has proved itself a source of comfort for so many of us. The title track is probably the most direct in its message: the lines “keep the stereo on, everything else has gone wrong” and “I guess I found my peace again” echo atop bubbly synths. The album isn’t too far removed from their more recent sounds, being very much guitar music layered with samples, synths, and vocal harmonies that I Had the Blues But I Shook Them Loose did without.

Album opener Get Up is somewhat reminiscent of its predecessor, Overdone, in its crescendo, although not as intense. The lead single, Eat, Sleep, Wake (Nothing But You), is the standout from the album, aptly used to build anticipation for the record as if it was even necessary. It starts off soft, but then the bass and the drums kick in, followed by the guitar and Steadman’s voice. It’s a love song, but not the sickeningly cloying type. I Worry Bout You‘s lyrics, however, borders on this, but fortunately pulls itself back, delivering more of a tone of genuine concern over the background of trumpets.

Is It Real, refreshingly uplifting with chirpy riffs and a heavy dollop of nostalgia, and the dance-y Do You Feel Loved? sit flush with the sleepier tracks Good Day and Racing Stripes. The sample-heavy Let You Go sounds almost like it has sampled parts that are being sung in Mandarin, although no one from the band has confirmed this, or admitted to knowing the translation. The guitar hook in I Can Hardly Speak is brief but memorable, and brings back flashes of the opening to their Bollywood-influenced track, Feel, while People People allows its co-lyricist Liz Lawrence’s (who’s supplied backing vocals on all the tracks but one) hazy vocals to shine.

Filled with all the classic Bombay tricks, plus a few new ones, Everything Else Has Gone Wrong highlights a mellower, yet more mature side to the North London lads, and marks a triumphant return for Bombay Bicycle Club nonetheless.