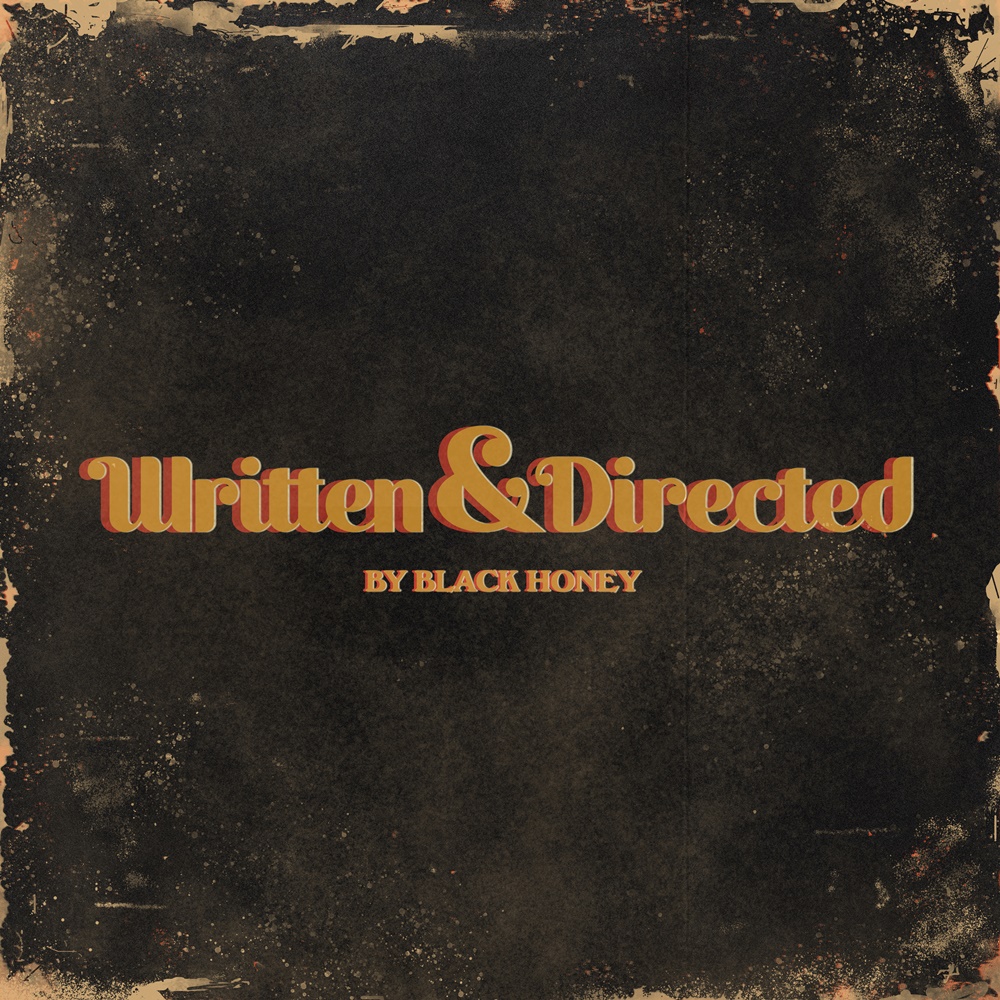 Three years after their self-titled debut album, Brighton-based four-piece Black Honey have released their mesmerising new album Written & Directed. This latest project strives to unapologetically empower its female listeners in particular, because the band’s badass frontwoman Izzy B. Phillips felt the absence of female-centred hits within the rock genre, when she was growing up and finding her feet. Perhaps Written & Directed can be, for current and future female rockers, the kind of record which Phillips wish she had had growing up.

Written & Directed embodies womanhood, identity and power, and harnesses the heroicness of rock ‘n’ roll legends, whilst still staying true to Black Honey’s independent fearlessness. Tarantino-esque title Written & Directed could be a nod to their avid listeners; just like Quentin Tarantino creates cult classics, Black Honey boast a cult-like fanbase. Their passionate fans are, in fact, celebrated in a visual for Beaches, the album’s infectiously optimistic and summery number. A celebratory feel created from the outset in this track, the percussion simply makes you want to clap along to its irresistible beat.

Believer is a purifying, religious experience with its foot-stomping beat and self-assured chorus of “I’m a believer, baby”. Fierce frontwoman Phillips describes this track best: “Believer is a song to accompany your existential crisis. I wanted a religious satire that was eye rolling at all the patriarchal nonsense of spiritual sense of self. I wanna believe in me, the outsider and the underdog. It’s like coming of age, coming out and coming up.”

With a Nirvana name-drop and a reference to bleached hair, you are guaranteed to feel nostalgic for the nineties after listening to Summer ’92 – yes, even if you weren’t even born then! Exquisite harmonies and vintage imagery laced throughout the lyrics, this track is reminiscent of a decade which is renowned for its alternative rock and grunge dominance. Summer ’92 is charmingly introspective to unashamedly blast every summer, every year.

Commanding your attention from the very beginning, Disinfect pierces your ears with a rebellious chorus featuring the chantable lyrics “disinfect the disaffected” on a bed of intense guitar riffs. Phillips describes the politically-charged anthem: “Disinfect to me is like watching the school bus burn down. We wrote it before the pandemic but it feels like a premonition of things to come.”

Back Of The Bar is one of the mellower songs on this record. Heavenly vocals complement the smile-inducing lyric “dancing on my own”, a line which will most likely serve as a premonition of listeners’ physical reaction to this album. Another acoustic-driven number, I Do It To Myself is complete with angelic vocals, as well as the authentic, poetic lyricism of “I do it to myself, I’m a walking contradiction.” Despite the soothing acoustic strumming, Fire is by no means subdued with its assertive lyrics “I’ve got better things to do, don’t need your approval.”

Ruthless with its menacing guitar riffs, amplified vocals and formidable beat, I Like The Way You Die is just as bloodthirsty as you can imagine. Phillips epitomises relentless female-power as she sings “I’ll lock you up and eat the key, the monster in the dark is me.” Bass-heavy Run For Cover overwhelms you with the desire to head-bang to its addictive guitar riff – in your room, for the moment, but hopefully at a Black Honey live show before long.

Beaches, Believer, I Do It To Myself and Fire all incorporate glorious trumpet, unifying the songs despite their unique narratives enabling them to strongly stand alone. The shift between brass undertones and overtones compliments the lyricism beautifully, and creates a cinematic feel to a record which has already alluded to pulp movies and grindhouse cinema in its theatrical visual adaptations of Black Honey’s songs.

Closing the show is Gabrielle, an eerie, acoustic track which showcases Phillips’ seductive and ethereal vocals, and is guaranteed to leave you with goosebumps. Truly a full-circle moment, Phillips powerfully claims she’s “gonna let the voices out” which echoes the lyric “hush the voices in my mind” from track four, Back Of The Bar. Similarly to how a symbol recurs in a film, the recurring motif of ‘voices’ connects these two songs throughout the record; from start to finish, Black Honey’s new album is a sonically cinematic masterpiece.

There’s just one step between you and finding escapism within the ‘whole damn world’ of Written & Directed: the play button.