Delving deeper than ever before, Mayday Parade explore universal themes of true love, growing up and the fragility of human life on their new album, Sunnyland. 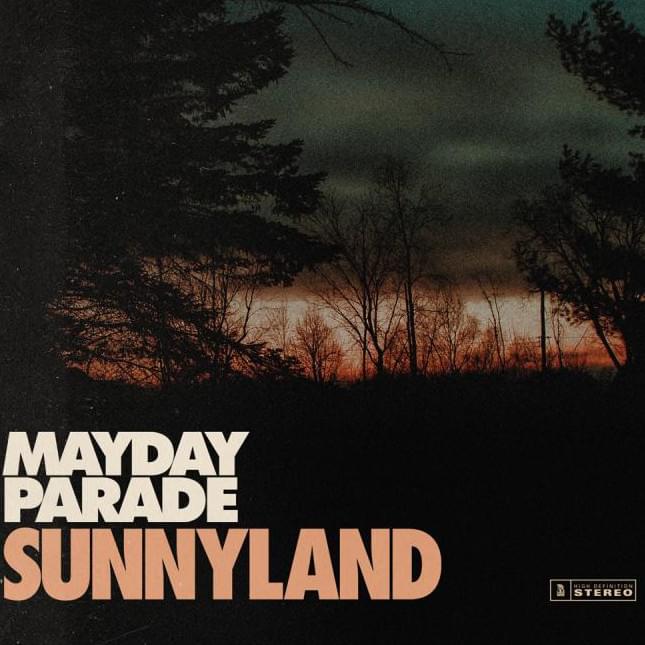 For music veterans such as Mayday Parade, who have been around for over than a decade, change is a natural process. Reflecting on their past and acknowledging the fleeting time, the Tallahassee, Florida-based rockers return with their sixth studio album and first with Rise Records.

Named after an abandoned hospital where the band members hung out as teenagers, Sunnyland is a life-affirming and sincere compilation of songs. Telling the stories about love and friendship as well as pain and loss, it brings out the melodic glow of arena-size choruses and heartfelt lyricism the band thrive in.

The opener Never Sure throws us straight in to the adrenaline-charged rush of frenzied drums and heartbreak-related lyrical twists. Frontman Derek Sanders’ impassioned vocal efforts are one of the driving forces on the record, and this track showcases his vocal range in full glory.

In an old school long-title Mayday Parade style, It’s Hard To Be Religious When Certain People Are Never Incinerated By Bolts Of Lightning continues with the anthemic thrills. And although it was inspired by the 2016 US presidential election, the song leaves a positive mark looking forward to the future.

Deeply rooted in nostalgia, Sunnyland is packed with infectious and sentimental hooks galore. The most outstanding tracks, Stay The Same and Satellite capture Mayday Parade at their best. Whilst the first punches us with fiery energy and uplifting message: “Stay the same / Don’t you change for anybody or anything”, which makes the track so impactful, the latter rolls on dynamic rhythmics and sparkling instrumental textures.

The surge of crushing riffs and pacing drums on Is Nowhere, or electrifying guitar solo on If I Were You beautifully translate pain and loneliness into a more refined sound. The band sonically flourish patching their emotions together.

There are some tender moments on the album as well. Channelling the melodic sensibility of their debut record, A Lesson In Romantics, Mayday Parade hypnotise with stripped-back arrangements. We’ve got Piece Of Your Heart which is a beautiful and poignant offering striking with heart-melting lyrics and chant-like breaks. Elsewhere, the delicate guitar work on Always Leaving plays on our heart-strings, whilst the acoustic ballad Where You Are surprises with raw high-pitched outbursts of anger.

And as we hear “Take me back to Sunnyland” on the closing track, the album cycle comes full circle, just as life does. Mirroring the piercing longing for the simpler carefree times and recklessness of youth, Mayday Parade release a cohesive and relatable album that is sure to become the soundtrack to many lives. Because as they continue to turn melancholy into a hopeful concept, we realise that without them we’d be miserable at best.