You’ll be tempted to go out and smash something as Sussex punks Gloo rile you up with their debut album. 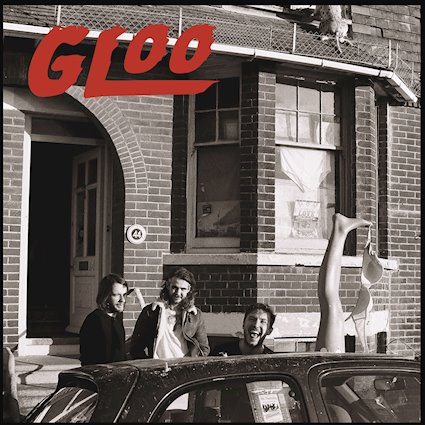 Hailing from the small town of Littlehampton, Gloo’s big sound doesn’t seem to reflect this. Their debut album provides ten tracks of smashing guitars, boisterous vocals and rowdy drumming. Crashing in without any warning, you’ll find yourself fighting the urge to start an anarchic uprising. Or something along those lines.

Starting with Holiday, you will share in the same desire expressed in the song, “I need a holiday”. Catchy in its repetition, the melody will worm itself into your mind and stay fixed there. A simple riff opens the song up, before bombastic drumming and unfiltered vocals come revving round the corner, bringing the infectious punk energy that’s prominent throughout the album.

Following with upbeat No Shit Sally, the relentless driving energy behind this track is evident from the get-go. You’ll get sucked in by the raw vocals and vigorous drumming, as guitars leap between registers. Guitars mimic the melody of the vocal hook in the bridge, and there’s a brief moment of rest after as the drums halt in their abolition. This repressed moment is short-lived, as forceful vocals and decimating instrumentals kick back in, ending the track with a barely constrained energy.

Force You pulls the tempo back, but it’s no less forceful with its thrumming intensity. Opening with stick clicks, it’s the only heads-up you’ll receive in this album before the trio punch you with vocals and instrumentals. The backing vocals are splendid on this track; in the chorus, as it wavers between two notes, they bring an element of playfulness to this track, and before the bridge, they lend themselves to building up to the tension to the bridge. The bass in this track is positively thriving, providing a grounding to the track in all of its frenzy.

Slamming into you next is Hit It, and with its heart-pounding guitar solo and defiant lyricism, this is a track that will make you want to get up and do something. Let Me Have Some brings some serious riffing, and as the guitars tear through the track, the bass provides an equal match with punchy basslines that dominate the verses. The contrast between the high vocals and low instrumentals creates a sound that will rip through your speakers, perfectly crafted to get you jumping along to it.

Uplifting drumming provides the beginning to Pig, which alludes to George Orwell’s novel ‘Animal Farm’ in both its title and lyrics. It lifts the iconic line “Four legs good / Two legs bad” from the pages and spins it into a obliterating hook, as the instrumentals work underneath furiously to create a battering texture. There’s no mercy in the verses, as forceful vocals shout at you through the speakers. Say Yes provides a break from hammering vocals and instrumentals with a melodic chorus that will be looping around in your head.

Unapologetically raucous, there’s a lot of ambition tucked behind the roaring sound that will hurtle the trio into success. A Pathetic Youth makes a banging debut, and there’s no doubt that there will be a bright future for the band if this record is an indication of what’s to come.