In Conversation with WOLF CULTURE

“Music is the one thing we’re actually serious about”, we sat down with Wolf Culture to talk about their debut EP, inspirations, and wolves. Oh, and did we mention that Shakira gets a shout out? 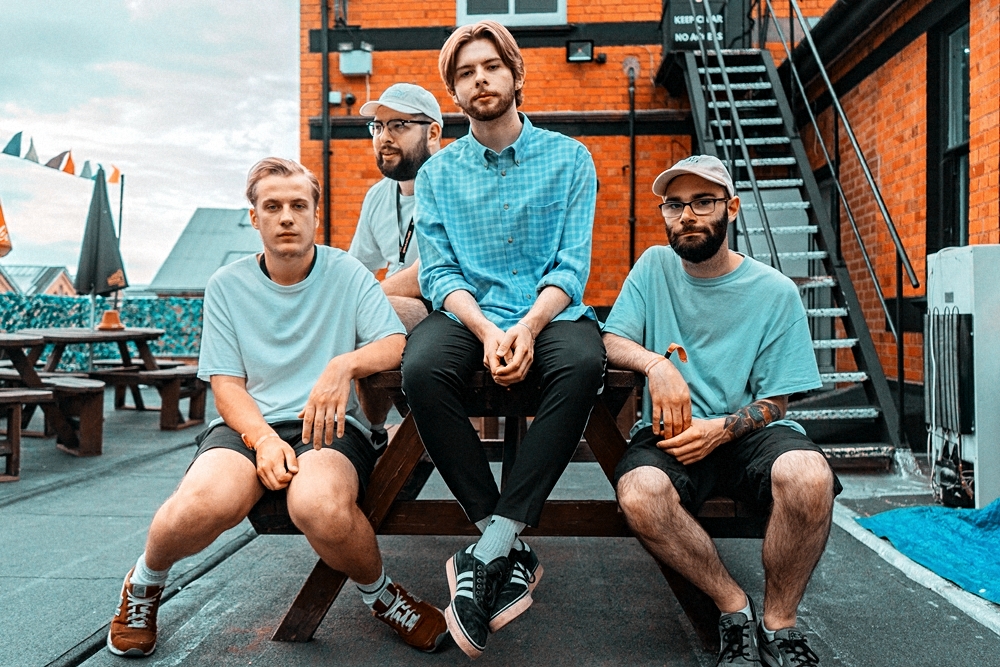 Bournemouth quartet Wolf Culture released their debut EP The Devil’s Plans For Idle Hands earlier in May, and now they’ve been tasked with opening for ROAM on their UK tour. Full of smiles and laughter, the young band is comprised of brothers Max and Jay Dervan on vocals and guitar, Josh Halbert on bass and Jake Daniels on drums.

All of the members had formerly been in different groups, with Jay, Josh and Jake being in the same band at one point before Josh and Jake got kicked out by Jay, who joked that it was because “they weren’t good enough. I told them to come back when they’d perfected the art”. But Wolf Culture was born out of desire to create music naturally, instead of trying to force a sound. “All of us were in different bands. We all tried to force a sound that was exactly like the bands we were listening to, and I think we just all decided to try something new, just to try doing whatever came out instead of exactly what we wanted to hear. And then it ended up being something we were pretty happy with, accidentally”, explains Jay.

You want the best thing possible

The music has always ran in their blood though, with Jake mentioning that he knew he wanted to pursue music when he was 10. Building on this, Max says, “Since we started playing instruments, we wanted to be in a band. And after that point, the music that we ended up writing ended up being up the music we grew up listening to, even though I don’t really listen too much to pop punk music.”

The name Wolf Culture definitely is one to remember, and we were intrigued on how they came up with this name. Max tells us, “It didn’t really mean much when we first came up with it, we just liked the sound of it but you sort of find reasons for it. We’ve been asked that question a few times, and you get a different answer every time to be honest.”

We decided to put this claim to test, presenting them with the question again to see what answers would await us. Max responds, “It’s like the wolf pack, where there’s alpha and beta males in society…” but the band quickly laughs this one, deciding it too preposterous. Entertained, we asked them one last time, and as Jake quips in with “Band name generator”, Jay decides to try his hand, saying, “These days we live in quite a harsh society, and it’s just dog eat dog, and I think we took that to its most extreme and it just mirrors society nowadays.”

However, they did not always go by this name, with previous names including Counter Culture and The Sovereign State. Max notes, “We played a couple of shows as ‘The Sovereign State’. I don’t mind the band name, but it just didn’t feel right, it felt too heavy for us.” This was not the only reason they underwent a name change, with Jay explaining further, “that [The Sovereign State] got dismissed because we got talking to a clothing label that had the same name, and they wouldn’t let us print merch with that name.” 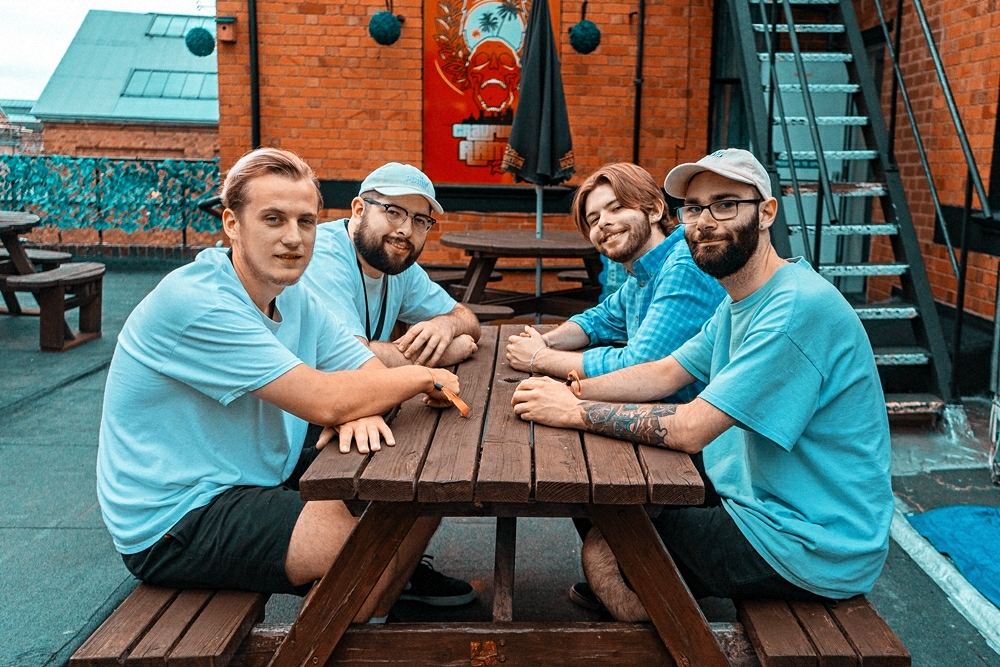 Once their journey as Wolf Culture began, it would be a while before they actually came out with their EP. However, the band was writing before the release, and the EP is an amalgamation of past written material. “We had all of these songs we were just sitting on and we wanted to record the best ones we had. I feel like we hopefully achieved that. We got four of them at least. We enjoyed doing it. We put everything we had into it at the time and got it done, and it seems like people like it, so it’s good”, remarks Max.

It wasn’t always a smooth ride though, with the recording process being particularly bumpy. During that time period, Max was ill for most of it, making vocal recording a challenge. Other challenges that arose during the writing period included “trying to write good music. That was pretty hard. Whether or not we succeeded, that is yet to be noted. You just keep going over things – as soon as you write a guitar part or something like that, you just want to do it again. You want the best thing possible”, reflects Max.

“As the song’s constantly evolving as you’re writing it, you get sick of hearing the same bits over and over again. So what’s hard by the end of it is knowing what’s actually good, and what’s good but you’re tired of hearing it. You’ve got to listen to the song, probably about a hundred times, to record that song over and over,” continues Jay. It’s not all doom and gloom though, as Jay hurries to add with a laugh, “It’s not too bad, I enjoyed it, [I] still like them all. Just about.”

When you think back on important moments or events in your life, you need to write about them

There’s always going to be ups and downs in life, and this is reflected on their EP. When we asked them about dominant feelings on their EP, Max answers, “A bit of light and shade really. That’s sort of it. There’s two songs on there that are relatively dark, and then the other two are quite upbeat, like ‘Wreck’ and ‘The Side Effects of Being Happy.’”

The general theme of the EP is quite bittersweet, and Jay talks about the tracks, continuing, “I think some of them are trying to make light of a slightly darker situation. We’re not a very serious band as people, so music is like the one thing we’re actually serious about.”

The band draws inspiration from daily life, with Max mentioning, “there’s a few things where you sort of think, ‘wow, that’s pretty noteworthy’ in your life. When you think back on important moments or events in your life, you need to write about them otherwise you could forget about how you feel about them in the future, and how you’re feeling about it. As time goes on, you get over things, but it’s pretty easy to forget that maybe you’re upset about something, or you’re happy about something – it sort of just becomes neutral.” 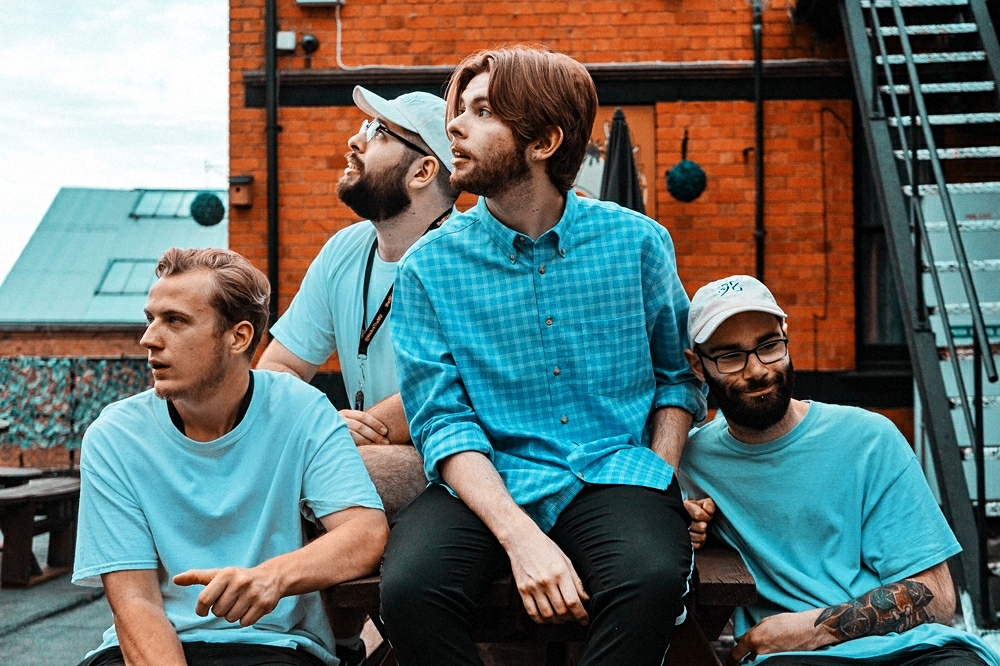 With a band name like Wolf Culture, it was only natural for us to quiz the band on some animal related questions. Firstly we asked them what their favourite animals are, and perhaps unsurprisingly, three of them answer, “wolves.” However, Max gives a slightly different answer, saying, “Shakira.” When questioned with why they chose what they did, Jay starts, “The culture of wolves have always fascinated me.” Jake was still a bit confused, questioning, “Are we talking about wolves here, or Shakira?” But Max was quick to chime in with, “Actually, she does have that song called She Wolf so…” and thus it was concluded that this was the reason why the band likes wolves. And Shakira. In the words of Max, “So it all comes back to Shakira. Shout out.”

Wanting to know more, we then asked the band what spirit animal they would choose.

“Sea turtle, because of Master Oogway in Kung Fu Panda; I want to be like him when he blows out the candles”, continues Jake.

“A parrot. Because I’m always repeating myself”, Josh jokes.

“A lobster. They mate for life – it’s romantic. And they’ve got a really long lifespan. Unless they’re cooked,” considers Jay.

Given the band’s love for wolves, I then asked them what their reaction would be if they ever encountered a wolf in the wild. The band starts on a lighthearted tone, with suggestions ranging from asking it to join the band to giving it free merch, but Jake brings us back to reality, confessing, “Let’s be real. I’d shit my pants. That’s what I would do. I’d fucking run.” A murmur of agreement follows, before Jake ponders, “Or would I stand still? What are you supposed to do when you see a wolf?”

“Run”, states Josh, and Jay doesn’t miss a beat in adding, “Not stand still.” Drawing a comparison to the raptors in the movie Jurassic Park, Jay notes that wolves are pack hunters, and so standing still is not on his agenda.

“They’re just going in a straight line, and it’s taking Jake twice as long to get where he’s going”, laughs Jay.

Max chimes in, “Nah, he’s a sea turtle, so he’s pretty much fucked.”

Jay begs to differ, disagreeing with, “Nah, he’d go inside his shell.”

“I don’t know what you’re doing so far in land”, Max addresses Jake, before Jay adds in with, “What business does a sea turtle have where the wolves are?”

Josh says he’ll fly away, seeing as he’s a parrot and cricket Max is also safe from the threat of the wolves. Jay sums up, “So we’re all pretty good, if we were our spirit animals – we’re sorted.”

And it seems that the band is sorted not only in the business of running away from wolves, but also in their pursuits as Wolf Culture. As you listen to their catchy melodies, they’ll be a wolf you won’t want to run away from, but run towards instead.