Belting choruses and raucous riffs will possess you to shake your head along to the newest single by Spring King. 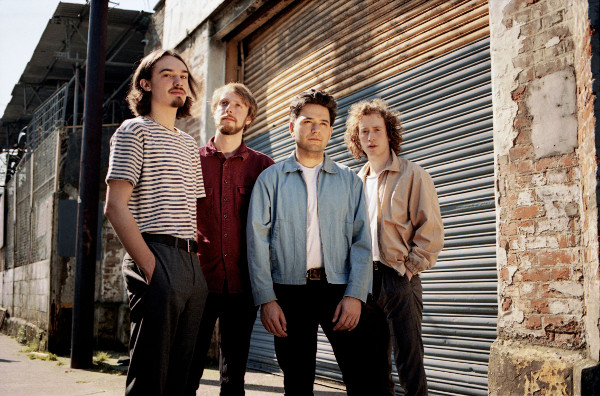 You won’t be able to resist the infectious energy flowing from The Hum, the newest single by Spring King, as they return with more enthusiasm and fervour than ever.

Right from the start you’ll be pulled in by the propulsive drumming, and from there on it’s just a boisterous chant-along that with undeniably huge riffs and a fight-for-your-life invincibility. As the vocal hook “I felt the beauty / I felt the love / There’s no light from up above” gradually grows after the chorus, you’ll feel your heart pounding a little louder with every repeat. The command “Don’t let your energy drop” is given in the chorus, and considering the rambunctious energy rumbling under the track, we’re sure that this won’t be an issue.

‘The Hum’ is a song about returning to old haunts and old memories, and attempting to relive those visceral experiences and emotions, whilst realising that you’ve allowed yourself to slip into a life that wasn’t necessarily what you’d planned. It also came to encompass all the broader themes that the album touches on – self-reflection, overcoming adversity and negativity, and a constant striving for something better.

The single is taken from the band’s forthcoming album, A Better Life, which will be released on August 31st via Island Records, and Spring King also gear up for their biggest UK tour this September. Catch the band live at the following dates.