Album Review // AGAINST THE CURRENT ‘Past Lives’

Against The Current delve into an electronic soundscape on their sophomore album, evolving their sound whilst remaining distinctly themselves. 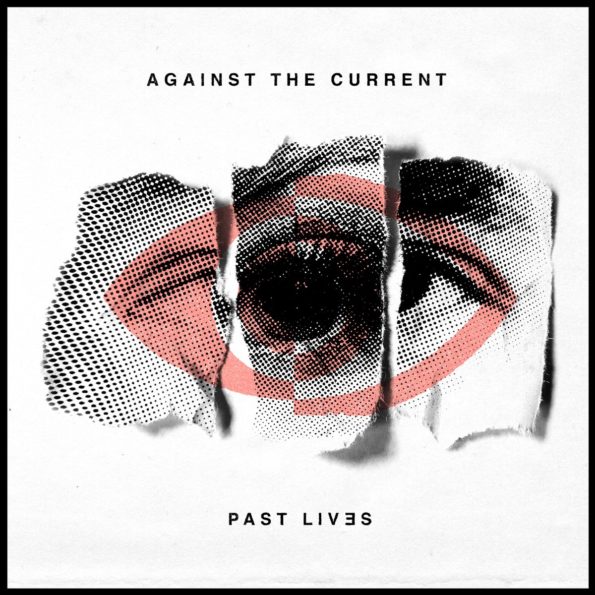 Against The Current are back with their sophomore album, Past Lives, and it’s an introspective look into the thoughts and feelings of the band. Moving towards a poppier sound, you’ll be taken through heartbreak, happiness, emptiness, and hopefulness all within the eleven tracks that form the album.

A touching start comes in the form of Strangers Again, a musing piece that manages to delight with its pop sensibilities whilst prompting you to reflect with its personal lyrics. The emotion will pierce through you as Chrissy Costanza’s powerful vocals beg, “I think it’s better if we just pretend we’re just strangers again”.

The tropical The Fuss is a contrast against the emotional weight of the opening track, and you’ll feel yourself being carried along by the light synths and breezy guitars. It’s a lighthearted track that will have you feeling like you’re floating on top of clouds.

Moving into even poppier territory for I Like The Way, you’ll definitely like the way this track sounds with its hooking piano chords and catchy melodies. You won’t be able to help yourself dancing along to this exultant tune, as the energetic ‘hey hey’s pound through you. Meanwhile, the faded vocal harmonies opening Personal are simply heavenly, and a searing chorus combines with revealing lyrics to leave you reeling.

The sultry Voices will tease you with hints of electrifying guitars and a tantalising bass line, and measured finger clicks add an extra layer of drama. Lyrically it tackles the feeling of overthinking that most of us will be all too familiar with. As Chrissy inquires “When will the voices stop making trouble inside?”, her powerful soaring vocals will hammer this question deep into your head. In contrast with this is the airy Scream, a track laced with summer bliss. Breathy vocals and syncopated electronics combine to make this the perfect poolside track.

Following with Almost Forgot, it flourishes into a groovy pop electronics in the chorus. There’s a vulnerable air created in the first verse by the delicate acoustic guitar and regular finger clicks, complemented by Chrissy’s exposed vocals. Confessional in the lyricism, it’s a vibrant piece on the surface, but listening closer, you’ll discover some of the emotional tension underlining the track.

One of the more tender moments on the album, it’s juxtaposed with the extroverted P.A.T.T. which simply drips with attitude. Tackling the theme of the pressure placed on people, especially on girls, to look and act in a ‘perfect’ way, it’s a fight against this conformity. Asking, “Why have we got to be pretty all the time?”, and Chrissy defiantly states, “I won’t live up to your standards”. Lyrically, it sends one of the strongest messages on the album, and with its infectious melodies, it’s a must-listen on the album.

The messages continue on Friendly Reminder, a self-affirming, lifting track that gives you a “friendly reminder, remember to smile, remember the pain only lasts for a while”. And when you’re listening to such a bubbly track, you’ll definitely feel the pain go away for a while, lost in the lively electronics.

There’s a darker feel on Come Alive, as high melodies ricochet off a deep soundscape of electronics and bass. A minor key sets the tone, and confessional lyrics such as “I’m not alright. I want to come alive” brings to light an honest struggle that will resonate with listeners.

Finishing with Sweet Surrender, you’ll be wrapped in a dreamy haze of hypnotic electronics and velvety vocals. Past Lives is a brilliant amalgamation of different sonic explorations, in a way that remains distinctly Against The Current whilst still sounding refreshingly new, and you’re bound to find a track that speaks to you.