A culmination of two years of writing and recording, White Flag sees the Swedish quartet honing in on their unique sound to produce a stunning sophomore effort. 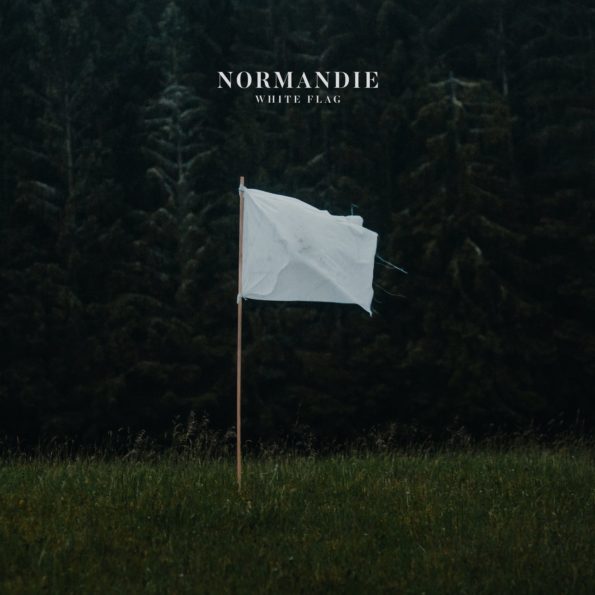 The feeling of giving up is one that has struck all of us at some point in life. Swedish rockers Normandie are no exception, and this is the loose unifying theme for their sophomore album White Flag.

Detailing personal emotions, it combines expressive lyricism with heart-pounding melodies to create 12 distinct songs that take the listener on a journey through the external feelings that affect our existence; feelings of fury, frustration, defiance, and more.

A gripping start comes in the form of Ecstasy, which will have you feeling as the title describes with its immense chorus and fiery riffs. Thumping beats and suspenseful electronics lure you in, and from the first note, there’s an unapologetic attitude that comes with the confidence of knowing exactly what they want to achieve with this album.

Titular White Flag will pierce you with its desolate feeling, and a combination of impassioned vocals and stirring guitars will leave you aching with every emotion being conveyed. The delicate falsetto in the chorus brings an air of vulnerability as Philip confesses “I’m breaking up my heart in two”, and you can’t help the chills running down your spine brought by the confessional honesty of the track.

You won’t be able to get enough of Enough, with its catchy melodies and thrilling riffs. Whispers of electronics breeze across the subdued verses, contrasting with the explosive chorus which blazes in with smouldering instruments and stratospheric vocals. Dead simply demands you to sing along to the chorus (if you can, Philip’s vocals are next level), and there’s a ritualistic feeling to the bridge as strictly rhythmic vocal harmonies are backed by a droning electronic and claps. Try not to let your jaw drop as the instrumentals slam into you, as electrifying riffs and hammering drums ricochet off each other in exhilaration.

The Bell is a truly special moment on the album, not just because of it changes from the previously upbeat dynamic, but also it sees the band singing in their native Swedish tongue for the first time. A breathtaking cut, both the poignant lyrics and tranquil accompaniment will leave you in a state of trance and by the end of the track you’ll find yourself singing in unison “I’m not gonna hesitate, I’m gonna bend and break to see what I’m made of”.

Jump around to the energetic Moth, with chorus brimming with a relentless hype as it pounds into you. Thundering electronics dominate Maniacs, but keep an ear out for the slapping bass accompaniment underlying the second verse, the funky vibe is just infectious. The brief but stunning Summer will leave no less of an impact with its hypnotic octave vocals and ambient guitars.

Keep Fucking It Up showcases a more lighthearted accompaniment, as woodblocks pierce through the texture and feel-good guitars hit you, but the lyrics are anything but lighthearted as it brings to a light a self-hatred that can be found within all of us, as Philip repeatedly asserts “I keep fucking it up”. Both Fever and Heaven act as a cry for help, as the band take away all pretence of being okay and leave their hearts open to the listener, ending the album with “Help me now ‘cause heaven isn’t taking my soul”.

White Flag is a powerful album in its ability to lay bare human emotions whilst simultaneously making you want to rock out and lose yourself in the music. It’s not often that a band is able to astound with both the lyrics and the melodies, yet Normandie have managed to do just that, and I have no doubts that this will be an album you’ll want to listen to over and over again.