After a few years away, Declan McKenna has graced our ears with his energetic, guitar-driven new single, Beautiful Faces. 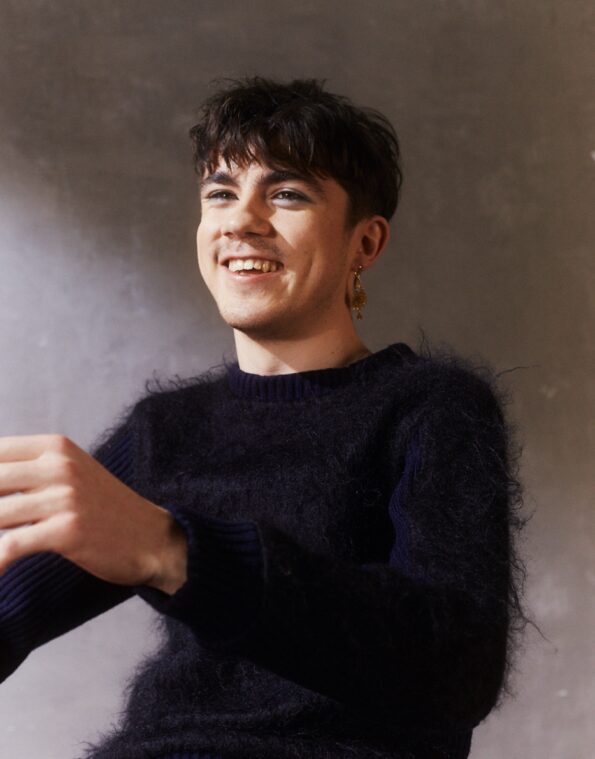 When watching the Beautiful Faces video, the flicker between reality and the Sims-like caricature solidifies the message Declan McKenna is selling. It captures the pointed look at today’s social media-driven world where we give too much false power to others; where the lines of reality are blurred; and the fear of a generation living in this world of hysteria and expectations. Speaking of the track, Declan explains:

I wanted it to be a big song… Scary big. It very much relates to now, but I wanted to reimagine social media in this future-sphere where it has become even more immersive so that we cannot see where it ends and we begin.

The classic Declan McKenna sound that we were introduced to on his debut album, What Do You Think About the Car?, is still omnipresent, but it has evolved into something even bolder and vibrant. The guitar-pop is livelier and more glittery. It’s psychedelic indie and the pastel neon video fits seamlessly with the Beautiful Faces world.

If this is what we have to look forward to when Zeros drops May 15th, it should be an exciting year for Declan McKenna.

Currently, most of his tour dates are sold out, but further live dates should be announced soon.

11 – The Boileroom, Guildford SOLD OUT