Tungz attempt to reconcile what was once a ‘golden paradise’ with their latest dangerously tropical single Can’t We Just Be Friends Again. 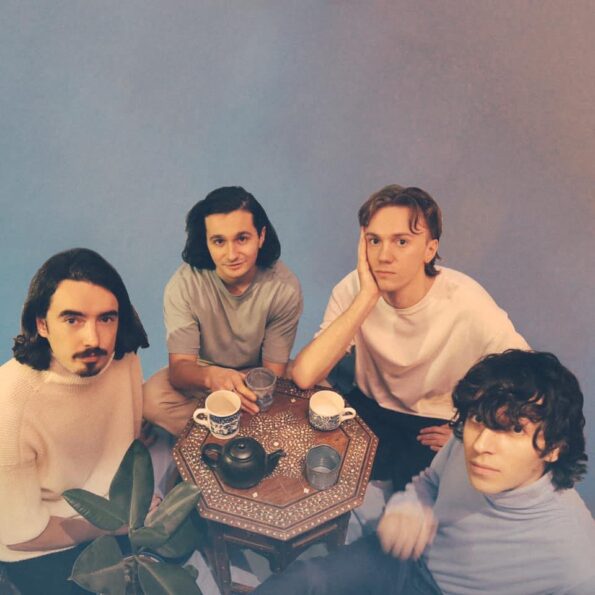 Gone are the days the four-piece were sofa surfing around London and writing and recording in whatever temporary space they found themselves in only hoping for the next big opportunity. Now signed to Heist or Hit and with a debut EP Okay released last year, the Bristol/London-based outfit Tungz return to their fresh and disco filled grooves route with Can’t We Just Be Friends Again.

If you’ve ever found yourself in a situation where you’ve wanted to snap back to being happy again with someone – friend or partner – then the track is your ideal story soundtrack assigned with a tropical 70s jazzy upbeat sonic full of colourful synths and impressive à la Pharell Williams high vocal notes. “Can’t we just skip this part, if we both want the same thing?”, passionately barks Jamie in an attempt to reconcile what was once a ‘golden paradise’.

In a previous song, Jamie said, ‘Maybe sometimes we should [fight]’. In this song he’s like ‘Actually no’. It’s about two people who’ve never really started an argument trying to end one. This track feels like a statement to us. But it’s also a question. That’s why we left off the question mark. We went heavy on the production – it’s gonna be a nightmare to work out how to play it live.

The band were set to hit the road for a UK tour later this month, which unfortunately due to recent circumstances had to be cancelled. Keep an eye for the rescheduled dates announcement.