Band Of The Week // COACH PARTY

Bringing an intoxicating indie sound, Coach Party is the latest quartet that you won’t be able to get enough of. 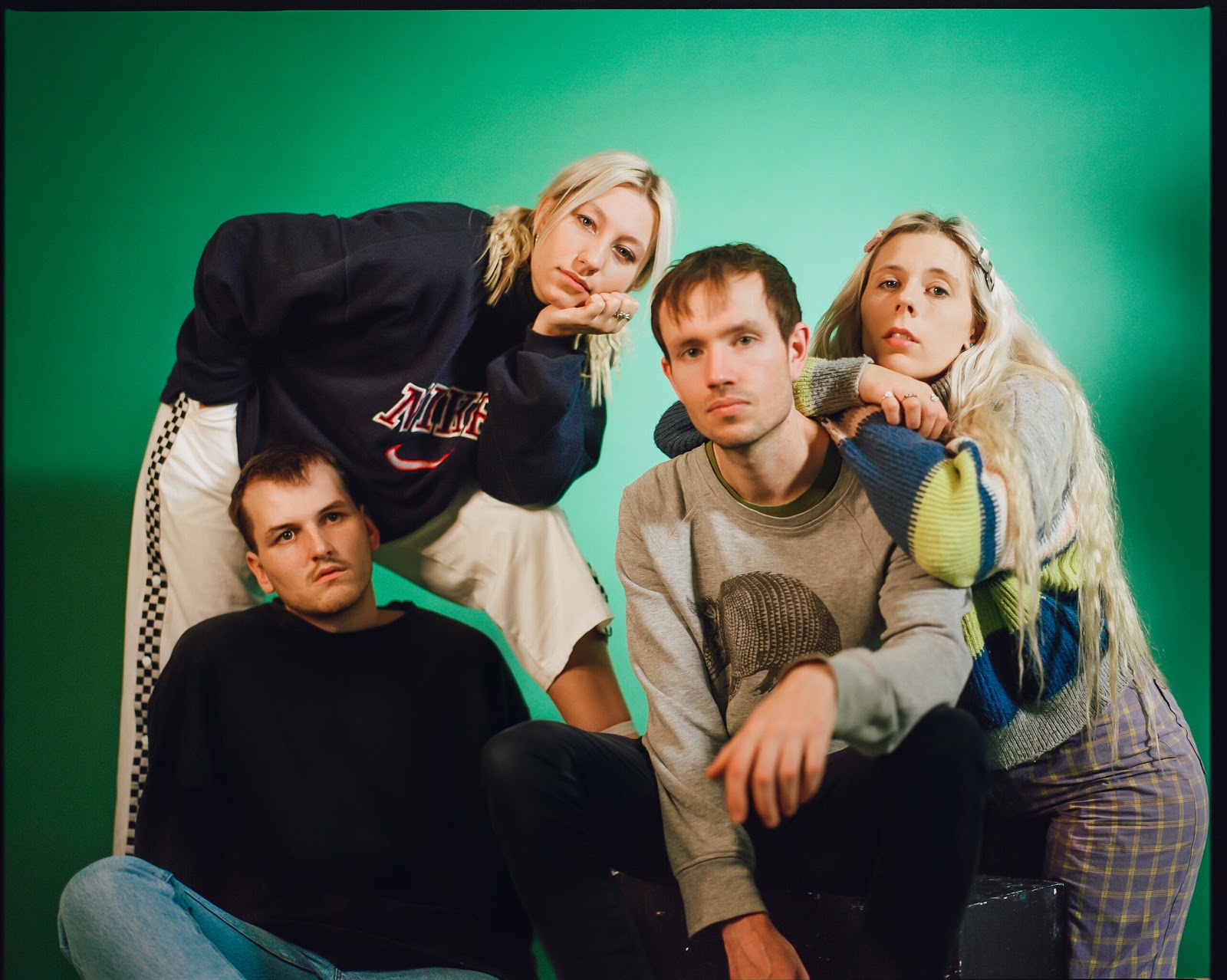 Isle of Wight is not exactly a place well-known for having musical roots, but indie quartet Coach Party certainly has not let that fact limit them from bonding together and becoming a force to be reckoned with. With a contagious energy and swaggering attitude, their music demands to be heard and their latest single Space elevates their infectious charm to the next level. The single is lifted off the band’s upcoming debut EP, Party Food, which is set for release on June 12th via Chess Club.

Crashing drums and punchy guitars interrupt periods of soft vocals in Space to bring a spellbinding contrast that will have you completely wrapped around the band’s fingers. Guided by emotion, there’s a rawness to the track that draws upon the band’s authenticity to create a visceral listening experience. Accompanying the track is an entertaining animated video that follows the narrative of an intergalactic fight, battled out by armies of dogs and cats.

‘Space’ is about the emotion of putting your feelings on the line and how tormenting someone can be when you break up. The control someone has over you when they know something you don’t want others to know. We wanted the video for ‘Space’ to distract from the seriously dark tones of the song with a cartoon about a load of animals on a distant planet. Cam [Guy, the animator] gives an insight into how a dog army and cat army would fight over a new planet, before coming together thanks to a common enemy.

We chatted to the band a bit more about the video, their spirit animals, and what they’re most looking forward to with releasing their debut EP.

What’s a motto that you live by?

Us every year since we met = “Will be fine when we play Glastonbury Pyramid Stage next year.” Ok it’s not really a motto, but it’s a thing we say.

If your sound was a colour, what colour would it be and why?

Probably a mix between purple and blue… violet? Yeah, violet. ‘Cause our beats are viole(n)t. I know we’re only 2 questions in but I’m pretty sure we’re smashing this.

How did the narrative idea for the animated video come about?

The outcome of cats and dogs fighting over an alien planet has always been a question on all of our minds, so it came pretty naturally when we called our song Space. We’re just happy to finally know what would REALLY happen.

Do you guys prefer cats or dogs?

Jess: My mind changes every time I’m with either a cat or a dog. Would you make a mother chose her favourite child?
Joe: Dogs, I like when they behave like human beings, because it’s funny (an actual quote from Joe).
Steph: Better say dogs, as Harry is watching (check him out on our Instagram).
Guy: A yin needs a yang.

Drawing inspiration from the animal theme of the music video, what would your spirit animals be?

Jess: Koalas. They are cute & clingy, but heard they can get nasty if needed. Can relate to it all.
Joe: My spirit animal is the raccoons that feature in Parks and Recreation. They are so reckless, I love it.
Steph: Having seen how groundhogs eat on YouTube, I feel a special connection to them.
Guy: I respect that a camel can go about as long as me before remembering to drink water (like 6-7 months in the winter).

The track deals with a slightly heavy topic; what advice would you give to someone who was experiencing the situation being described where someone has something over you?

Don’t throw fuel on the fire. Ignore it all, and soon enough it will go away. Or it will get much worse… one or the other.

You’ve just announced news of your debut EP – how does it feel to let the world know? And what are you most excited to achieve with the EP?

It feels so god damn GOOD. The most exciting thing would be to sell out all copies of the 10″ (go to Rough Trade). The second exciting thing would be the prospect of playing gigs to a crowd of people who might have actually heard the songs. We played our first Coach Party shows without releasing any music at all (luckily we have our virtuoso musicianship and witty stage anecdotes to fall back on. Wish there was punctuation for sarcasm).

Finally, what does music mean to you?

It’s pretty weird. It’s a thing that you don’t need to live, but, without it, there’s no point living (basically we love it but wanted to end by saying something profound). GO LISTEN TO SPACE AND OUR OTHER STUFF