Follow E^ST on her soulful oversaturated journey with her playful electro-pop single MAYBE IT’S ME, off upcoming debut album I’M DOING IT. 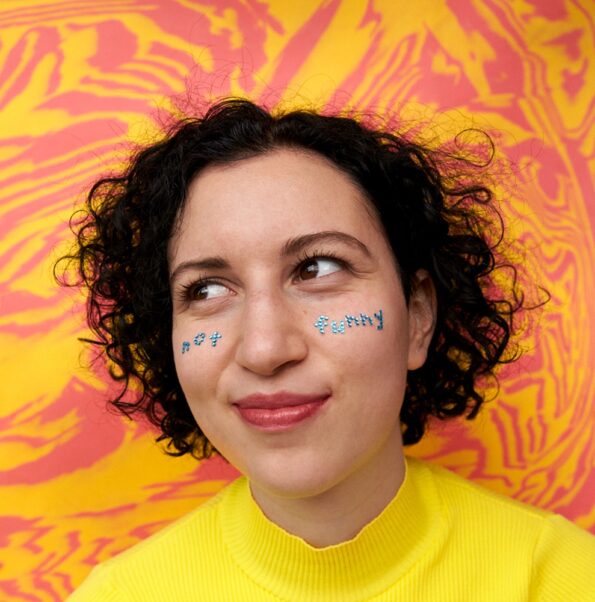 With her debut album I’M DOING IT arriving at the end of July, the Australian indie pop maker Mel Bester aka E^ST is ready to unveil another song from her deeply personal record that focuses on feelings of heartbreak, isolation and failure. Following her previous single FRESH OUT OF LOVE earlier this year, the singer-songwriter dives into another playful alt-pop disco-infused sonic as she continues to steadily cement her position at the forefront of Australia’s alt-pop scene.

Although MAYBE IT’S ME might sound like a rather funky electro-pop vintage video game sonic, its lyrics certainly do not follow the same path as E^ST is on a soulful quest to discover the cause behind her personal struggles. “I’ve been looking for the reason / Why I’m sucking at this / I’ve been pointing fingers / Can’t find a winner / I’m getting triggered / ‘Cause maybe it’s so obvious / Maybe it’s me”, she reveals. The charmingly quirky track is also accompanied by an oversaturated animated karaoke-style visual that depicts the singer going on a colourful journey.

This song is about being a hot mess in life, and starting to wonder if maybe life has nothing to do with it and you just kinda suck. Since we couldn’t make an IRL video, here’s a little animated me going on a journey. Hope you like it.

E^ST debut album I’M DOING IT is set for release on July 31st.