The Hunna have offered a timely new single, Dark Times, lifted off their forthcoming new album I’d Rather Die Than Let You In. 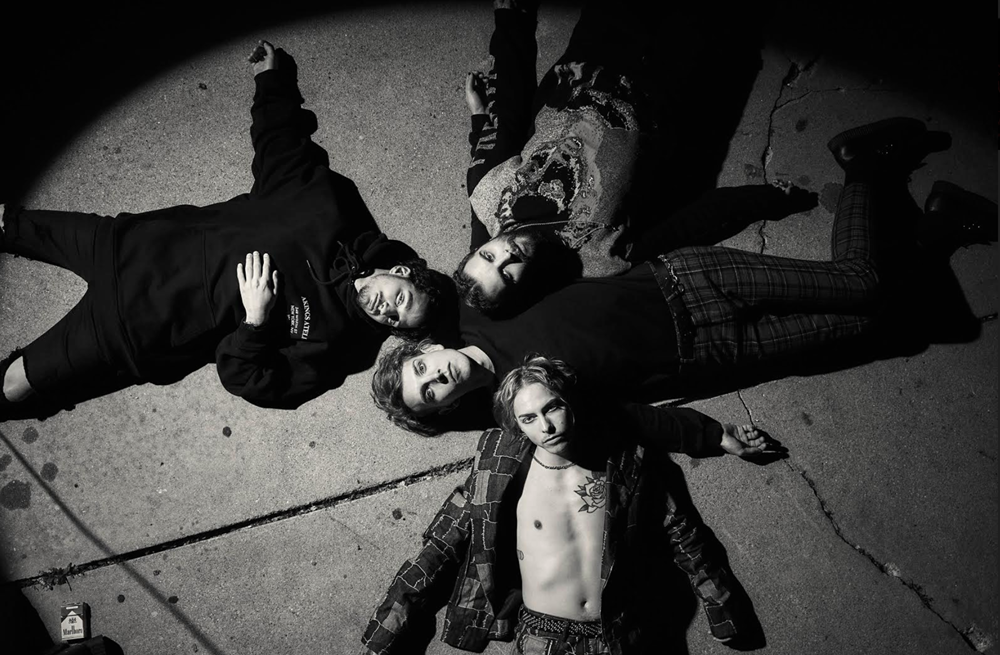 Watford’s quartet The Hunna have recently announced their tough decision to sadly postpone the release of their highly anticipated forthcoming album, I’d Rather Die Than Let You In, as they disheartenedly explained on their social media that it ‘doesn’t feel right not being able to be with all of you as we release our most heartfelt work yet’. But to make everyone’s quarantine days much brighter, the band has decided to release a new track every month leading up to the album release date on October 2nd, starting with timely single Dark Times.

The explosive electric guitar driven track aims to give a soothing relief to those feeling overwhelmed by the current circumstances and urges listeners to step back, take a break and have a deeper look at our actions as frontman Ryan Potter commandingly expresses “Wish that instead of fighting ourselves / We could put our weapons down and help / We’re living in dark times / Trying to survive / Living in dark times / Waiting for light.”

This song is about feeling overwhelmed with the dark and evil acts that we hear about & experience all over the world. Its about feeling bewildered and helpless in these moments, ever more so now in these current times facing a force we never have before, having to self isolate without connection to family and loved ones, and although feeling alone or helpless, finding power and resilience together as the world unites to survive and wait for the light that will come.