Artist Of The Week // SYDNEY SPRAGUE

Feeling sick of being the second choice and not being valued for who you are? You’re not alone in the feeling; join Sydney Sprague in her newest single steve. 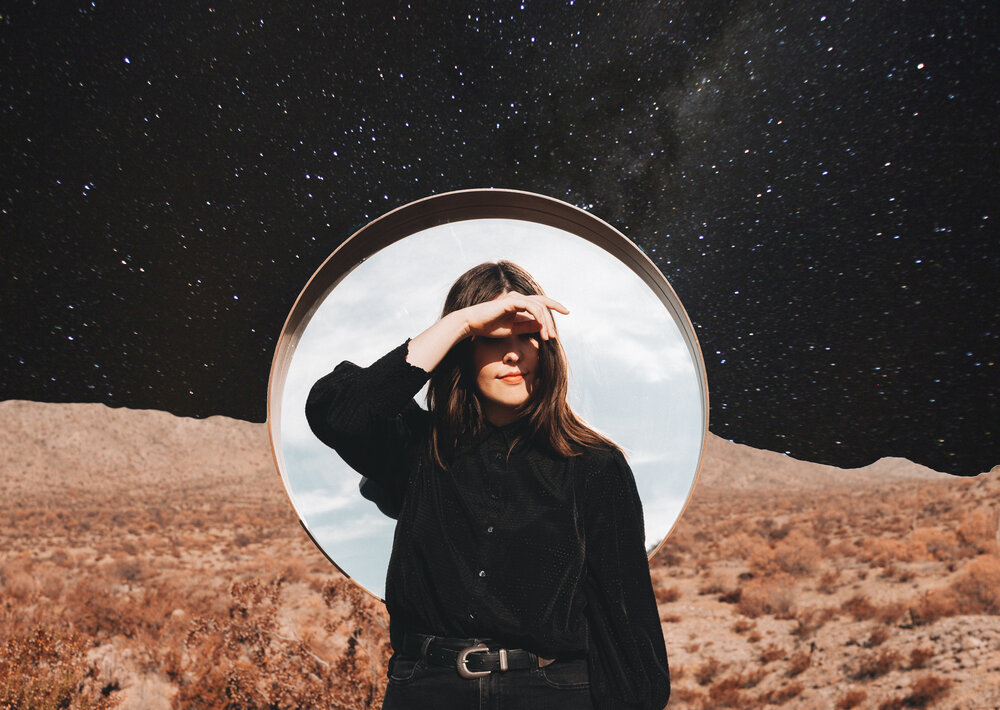 Sydney Sprague is the newest artist that you should get yourself acquainted with. Having signed to Rude Records, she’s a 28-year-old that has seen a fair share of the messiness of the world, and isn’t afraid to share her experience of the disorder through authentic music-making. A case in point would be her new single steve, a punchy and fiery track for everyone who is reaching a breaking point with toxic relationships and being held back by general negativity. Channelling her frustrations into a burning drive and searing lyricism, forthright guitars break through any clouds of doubt and Sydney’s ardent vocals further fuel you with the motivation you need to cut out the unnecessary static and antagonism in your life.

Sharing more about her inspirations for writing the track, Sydney explains:

The true story of ‘steve’ is me getting fed up with my whole life and starting over. I was stuck in a dead-end job, surrounded by toxic friends and a failing relationship, living in an apartment I hated. I wrote this song at my breaking point, when I was finally like, enough, and I cut all of the bad out of my life.

Feeling inspired by her boldness and brazen attitude to go with her gut, we chatted to Sydney more about the lessons she’s learned and how she would prepare for a doomsday, if one should ever come!

This is just about as cliché as it gets but ‘be yourself’. It seems simple but it took me a long time to feel like that was enough.

I think it would be dark grey. One of the elements in all the artwork for my new album is volcano smoke, and visually that feels like an accurate representation of my songs to me. They’re kinda just cloudy bursts of emotion.

If you could set steve to a TV show or movie, what would it be the soundtrack for?

Queer Eye came to mind right away, mainly because I’m obsessed with that show and I want to meet Antoni. But also because steve is a song about removing the toxic things & people from your life and becoming the best version of yourself, which is what Queer Eye is all about.

What advice would you give to someone who is experiencing the scenario you sing about in steve?

My advice would be to follow your gut. If you’re feeling stagnant or uncomfortable in any aspect of your life, don’t be afraid to take risks to change it. And surround yourself with people that inspire you and make you want to be a better person. I know that’s a lot haha. Those are just the lessons I learned from *steve* period of my life.

How have you coped with the situation where someone isn’t giving you the love you deserve and crave?

Honestly through writing! Unrequited love is hard because there’s nothing you can really *do* about it. You just have to sit through the discomfort and wait for it to pass, so it helps a lot to at least be able to get all of that out of my head and onto paper/into a song. That’s always my go-to for processing emotions.

What are you most excited for with your signing to Rude Records?

In general it’s just the most exciting thing that’s ever happened to me, but I think just having an actual team around me is the part that feels most like a dream. I’ve been playing and releasing music solo/independently for the last 10 years and it’s hard to stay motivated and on track without that kind of support. It really feels like anything is possible now. Rude has been absolutely incredible.

What inspired the ‘Sydney Sprague Doomsday’ of taking down your old music for your new chapter with Rude Records?

I started releasing music when I was 14, so my sound has changed a lot over the years as I grew into it. I feel like I finally found my “thing” in this collection of songs I’m about to release with Rude, and I really wanted to start fresh with a clean slate. It’s a new chapter. Some of the old songs will be back around in one way or another, though!!

If there was an actual apocalypse, what would you do to prepare for it?

This is something I think about way more often than I should. It’s a dream of mine to have a big, secret bunker somewhere remote full of food & supplies. I keep some emergency food rations at home just in case but it’s always on my mind to try to be more prepared. Especially the way this year is gone, it’s always better to be ready for anything.

I’ve noticed you’ve posted a mood board for September on your Instagram – what are 5 things you would feature on your October mood board?

First of all, thank you for reminding me to make my October mood board. I’ll get right on that. But I think it’s something like: a meme about releasing an album into the internet void during a pandemic, a video of me forgetting my line & butchering a simple sentence for a PR video, a screenshot of an all overdue to-do list, and a photo to pay respect to my sweet cat mouse who passed away earlier this month. RIP baby boy.

It means a lot, but at the core to me music is like, the simplest, purest form of self-soothing. No matter what I’m going through I can sit down with my guitar, and even if I don’t write a song, just feeling the physical vibrations of singing and playing music is enough to calm my anxiety. It’s a magical thing. There aren’t really words to describe it.