Album Review // ARCHITECTS ‘For Those That Wish To Exist’

Architects return with a reimagined sound and a hazardous outlook on the future in their ninth album For Those That Wish To Exist. 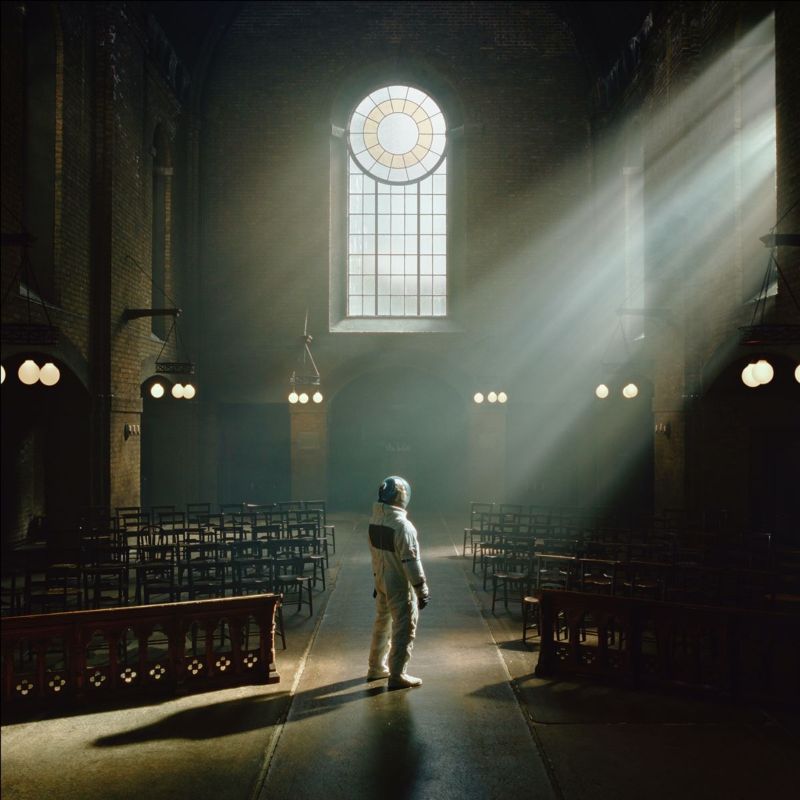 The wait is finally over for Architects‘ ninth album and start of a new era: For Those That Wish To Exist. Embracing a more melodic sound and leaning more into techno and synth elements, while still holding onto the hearty, metalcore sounds we all fell in love with, this album is the stepping stone to an even brighter future for the Brighton quintet… despite the impending doom they foresee for the world in general. With the extensive 15 songs, the one-hour long album puts forward a very bleak image of the present and offers a wide range of attitudes and perspectives on what is going on with our planet and the role we play in all of this; without being a cry for help or a call to arms either, but more like a ruthless awakening to a harsh reality of a world on the verge of destruction.

Kicking off with the orchestral intro Do You Dream Of Armageddon, you can already tell this album is going to be grand. As it was initially set to be written and recorded in Australia, you might not be surprised that the first song Black Lungs was inspired by the devastating bush fires. With symbolic lyricism brought to life by awakening vocals, tragic guitar riffs and ominous drums, the song is condemning people’s complacency and selfish attitude, raising alarm signals on an imminently apocalyptic aftermath.

Giving Blood explores the price we and our future will pay for living our present in ignorance or passiveness, while Discourse Is Dead digs deeper into this topic, focusing on the two-way relationship between individual and community.

Dead Butterflies is another beautiful metaphor-filled tune shifting the perspective to the individual, to the self and its crumbling surroundings, hinting towards a grim realisation that freedom and future alike might only lie in… imminent death. Together with the similarly themed An Ordinary Extinction, the two songs stand out as they incorporate two very different yet complementary sides of Sam Carter’s vocals, alternating between calmly sad and heavily explosive.

Song by song, the emotions have become more intense, the approach has become more personal, the dramatic instrumentals have gradually increased and the overall sound has incorporated more techno elements. All of this culminates in the tumultuous, aggressive and downright explosive Impermanence, probably the heaviest and definitely the most overwhelming track on this album. Climaxing with the deeply guttural, thunderous vocals by Parkway Drive’s Winston McCall, this is not only a remarkable, unforgettable track but also an amazing moshpit moment (remember those?).

Flight Without Feathers slices the album in half and comes as a warm sunshine after a dark clouded storm. This atypical ballad throws away heavy vocals and instrumental in favour of psychedelic-esque pop synths, a PVRIS style backdrop and (surprisingly) dreamy vocals. These carry on into Little Wonder (feat. Royal Blood’s Mike Kerr) which slowly brings back the screamo vocal during the chorus and overall suits the lyrics’ claim: “I wanna sing you a different song / One that’s easier to swallow.”

Kicking off with marching guitar riffs backed by background noises of industrial hammer hits, Animals immediately demands attention and together with the spellbinding vocals and thought-provoking lyrics, it is nothing short of memorable.

Libertine fuses the styles of the previous three songs, while Goliath (feat. Biffy Clyro’s Simon Neil) takes this up a notch by incorporating heavy vocals yet balancing them with melodic tones, all to create a captivating tune which focuses on the human’s relationship with divinity. Demi God challenges this by putting the power as well as the responsibility back into people’s hands. This is another memorable song as it employs a dramatic, anthemic and theatrical style, which together with Meteor, creates a spellbinding, almost biblical story of their own.

Dying Is Absolutely Safe rounds up the album, creating a full cycle with Do You Dream Of Armageddon by chanelling and embracing a wonderfully vulnerable, cinematic, cathartic, larger-than-life melody and stripped-back vocals. An impressive grand finale to the remarkable album.

Overall, Architects have outdone themselves this time from both sonic and lyrical perspective. Focusing on the world and our impact upon it, the first half of the album raises awareness about the destructive down-spiral we’ve all embarked on, contradicting and denying our will to live. Here the band has primarily embraced their metalcore roots and offered what we were all hoping for and expecting. Proposing a shift in perspective, the second half provides an interesting play on the role and identity of divinity, trying to both empower and pin responsibility onto each of us to take care of the planet we live on. With this new vision, Architects also embraced a different sound and heavily incorporated synth and electro elements while experimenting with orchestral instrumentals to create a cinematic, dramatic and overall captivating story. They basically gifted us two albums within one, and they have done an extraordinary job.