Nottingham-based Blondes have unveiled the video for their hit single Coming Of Age. 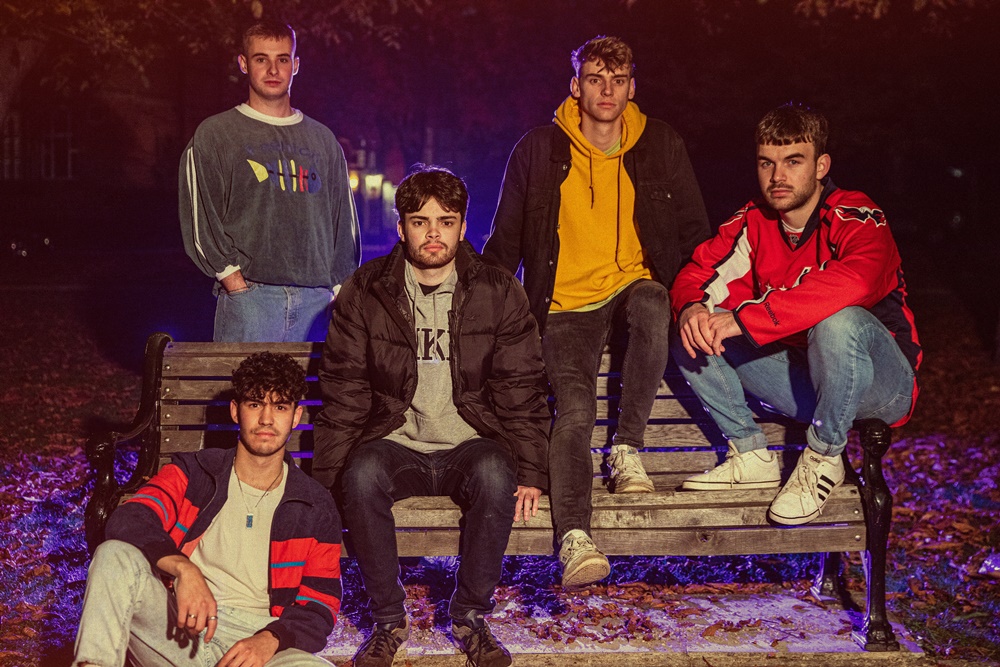 Blending reminiscent guitar and synth melodies with uplifting lyrics, Coming Of Age evokes in the listener a sense of yearning for the past and, simultaneously, remaining optimistic about the future.

After the song became viral as a sound on TikTok in October 2020, and videos featuring the song amassed millions of views, it would be fair to say that this music video has been greatly anticipated.

The wistful vibe attached to the song translates in the music video’s imagery; as vocalist Will Potter closes his cassette player and the soothing guitar riff instantly plays afterwards, a feeling of nostalgia envelopes you. Visuals switch between the band sitting at classroom desks, messing around with paper aeroplanes, whilst Potter appears pensive, to the band members riding bicycles and Potter driving a car. Throughout the music video, particularly in these contrasting scenes, there appears to be a common theme of growing up and moving forward, which is reflective of the song’s hopeful lyricism. You could say that this music video is, in itself, a mini coming-of-age movie.

‘Coming Of Age’ started with the guitar riff and there was something so nostalgic sounding about it. The song itself is a semi-autobiographical story about risking something with the blind hope that it would pay off. In a way, it became our self-fulfilling anthem.