After four years, Welsh indie-pop quintet Sŵnami have returned with two remarkably contemporary tracks, Theatr, which is accompanied by a striking visual, and the self-assured anthem Uno, Cydio, Tanio. 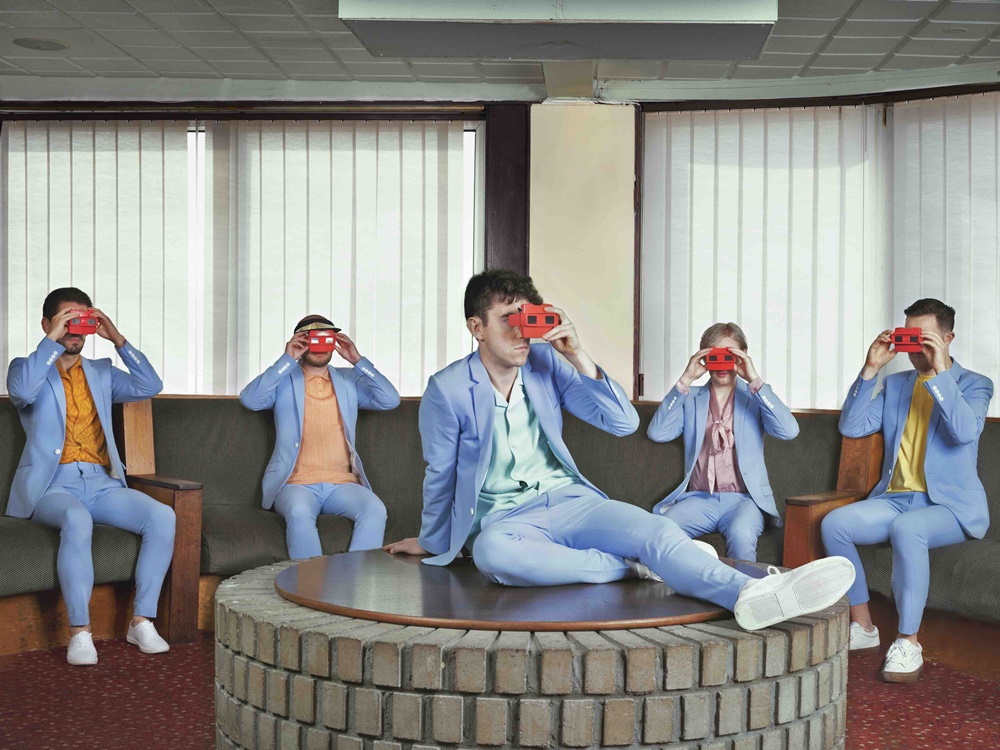 Just like their Welsh band name is a play on the word ‘tsunami’, Sŵnami have the potential to take the world by storm with their captivating sound. Theatr truly accentuates Ifan Ywain’s heavenly vocals and illuminates the song’s euphoric chorus, which both unapologetically introduces this energetic track, and angelically slows in tempo during the song’s final minute. It is impossible to listen to Uno, Cydio, Tanio without feeling strongly compelled to dance. A combination of initial, delicate strings, glorious vocoder undertones throughout, and harmonising vocals in an addictive chorus, Uno, Cydio, Tanio is undoubtedly a track to groove to.

Featuring White Lines star Tom Rhys Harries and set in the picturesque village of Portmeirion, the music video for Sŵnami’s Theatr is a lucid dream from start to finish. Powerfully transcending language barriers, the enthralling video provides an audio-visual experience which anyone and everyone can delve into. A sense of surrealism is created as we see Harries play both an extravagantly-dressed character, who walks slow but appears lost, and a neutrally-dressed character, who is overcome with fear and frantically runs along an empty road. Mirroring this difference in colour palette, the members of Sŵnami also adorn either vibrant or dull clothing, as they sing and play instruments, in front of an architectural or forest backdrop.

Lead singer Ifan Ywain outlines the meaning behind one of their latest tracks:

‘Theatr’ is about a toxic relationship, where one person wants to get back with the other. It feeds into the wider idea of escapism in terms of wanting to escape a broken, unhealthy situation and wanting something more. The song is very much a conversation between two people.

You certainly do not have to be Welsh to fully appreciate the enchanting experience which Sŵnami’s music immerses you in.