In The Spotlight // CHRISTIAN FRENCH 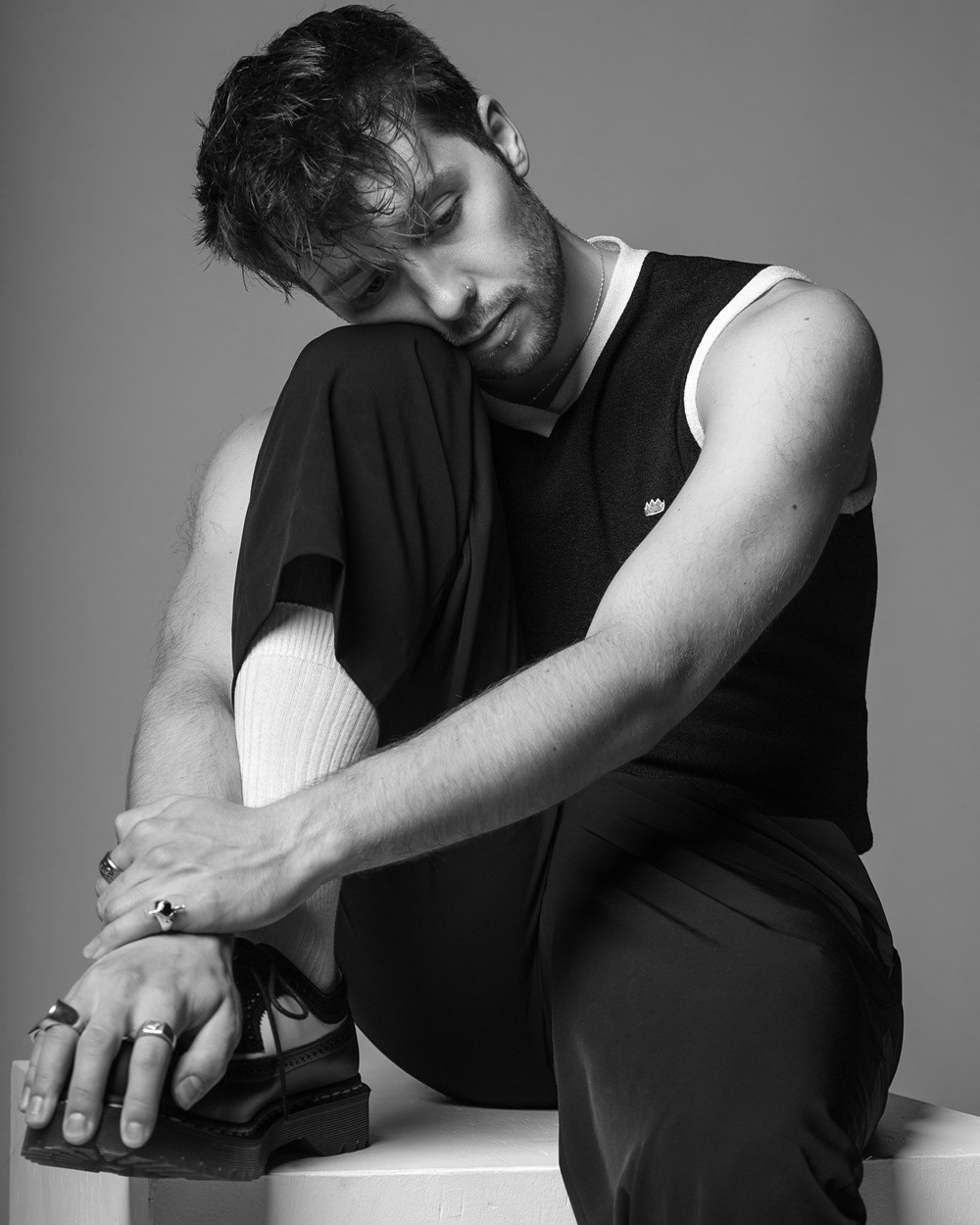 You’ve heard about some of the artists that we’re most excited for this year. Now, get ready to hear from the artists themselves as we shine a spotlight on their personality, the year just past, and their most anticipated musical artists. This week, we catch up with Christian French, the 24-year-old singer-songwriter who’s about to take over the pop scene with his powerfully evocative and adventurous sound.

Having started his musical journey with performing covers online and learning to play piano by watching YouTube instructionals, the Indiana native has quickly become one of America’s fastest-rising indie-pop prospects. French’s introspective approach to storytelling and songwriting offers an incredible lyrical depth and a much-needed catharsis many listeners seek for in music.

Navigating through hardships and mental health struggles as well as exploring both love highs and romantic doubts, French’s music is forlornly personal yet achingly relatable. His third EP good things take time was released in Autumn 2020, showing a more polished sound that French had been honing ever since he debuted with love ride in 2017. As he continues with his work, French’s first release of 2021 arrives in the form of avalanche, an electronic-laced alt-pop delight that buzzes with passion and immediacy. Built around driving rhythms and effervescent instrumentals, the track effortlessly blends vibrant pop production with indie grooves to create a sun-kissed and euphoric soundscape. avalanche is undeniably a summer anthem, leaving behind a bitter aftertaste of love on the verge of collapse that you won’t be able to get enough of. With live music coming back, we caught up with the young artist to chat about the ways he’s grown as a musician over the years and his hopes and dreams for the next 12 months.

to me it’s just been so crucial to keep going. it’s easy to get caught up in a lot of emotion, wanting to give up & kind of circle in the same comfort zone, but consistently trying new things & taking every day as a learning experience has given me so much growth the past few years. all of the hard times i’ve had have led to something beautiful.

Are there any behind-the-scenes stories of recording your latest single avalanche that you can share with us?

oh man – this record was actually one of the hardest i’ve ever recorded & took so many tries. after we had the demo of avalanche i knew i needed to re-record the vocals, but it was in the middle of allergy season, & for me, allergies wipe me OUT for a good 2-3 weeks every year. i ended up having to cut the vocals 5 times before we got it right because i couldn’t breathe out of my nose the first few times, but we ended up getting it exactly how i wanted them to sound. that took a lot of patience lol.

i would say it’s a blend of old classic rock tones with current sounding drums & production, & the lyrics are ruthlessly honest talking about falling out of love.

What are 5 essentials for musicians in 2021?

What’s the biggest way you’ve grown as a musician from when you first started?

that’s a tough one – i’ve grown in so many different ways it’s tough to pick just 1 – but if i had to i would say that the performance side of being a musician is where i’ve grown the most. when i opened for chelsea cutler on tour in 2018, i had never played a show in my life & had NO IDEA what i was doing, but now i feel very comfortable & confident with myself/my voice – it used to make me anxious but now i genuinely have a blast every time i perform.

What are your hopes and dreams for the next 12 months?

i hope to put out my first full-length project this year after a few years of just EP’s – i’ve been working on it for so long & just hope that people hear it in the chaos of so much music coming out. also i’m gonna be on the road a LOT these next few months & want to remain grateful for being able to perform again & hope to reach new parts of the world – there are so many places i want to travel for music.

there’s so much going on & i just want to put my best foot forward every day to continue to evolve into a better version of myself.

– cautious clay just released an album that i am obsessed with – he’s incredibly talented & is awesome to watch
– chiiild is another artist i’ve been listening to a lot lately
– the brook & the bluff impresses me more & more with every new release they have.

it tells a story of both what i’ve experienced & what’s been circling in my head. everyone has their own version of the world, with their own problems & successes, & i’m just trying to do my best to put those experiences into music in the most honest way i can.