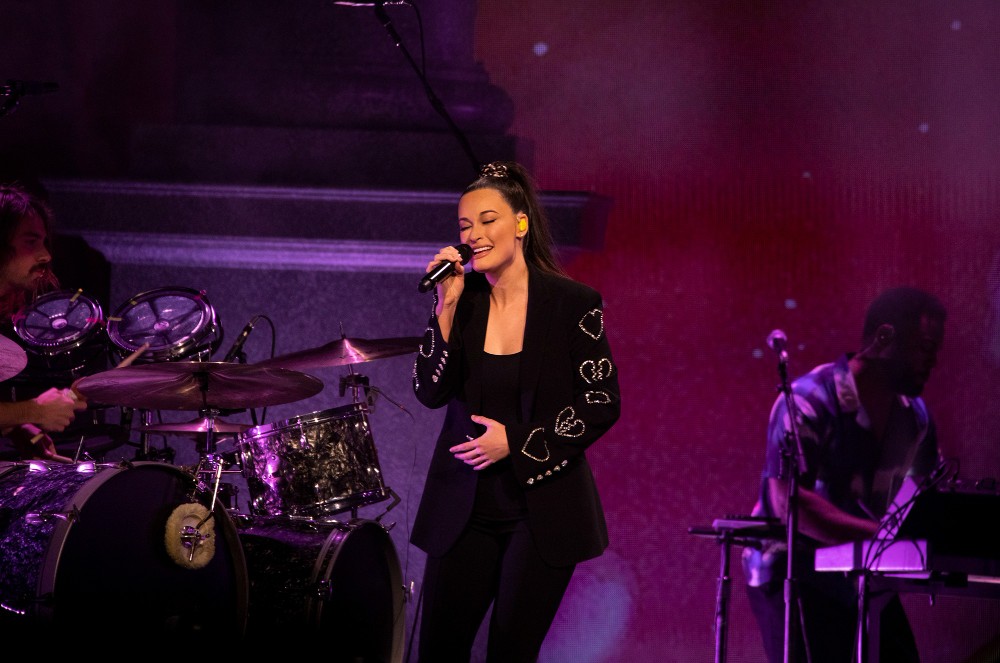 The ‘star-crossed: unveiled’ tour began with a beautiful, all-too-short set from MUNA. The trio, composed of Katie Gavin, Josette Maskin and Naomi McPherson, are no strangers to St. Paul and their Minnesota fans, having performed in the Twin Cities with Phoebe Bridgers in September. The group brought unparalleled energy and excitement to the stage. Their upbeat songs fit well in an arena setting, and they took time to slow down with an unreleased, country-leaning song Kind Of Girl. Finally, Gavin introduced their last tune, “this is a gay love song, enjoy,” before the first few notes of Silk Chiffon rang out in the venue. 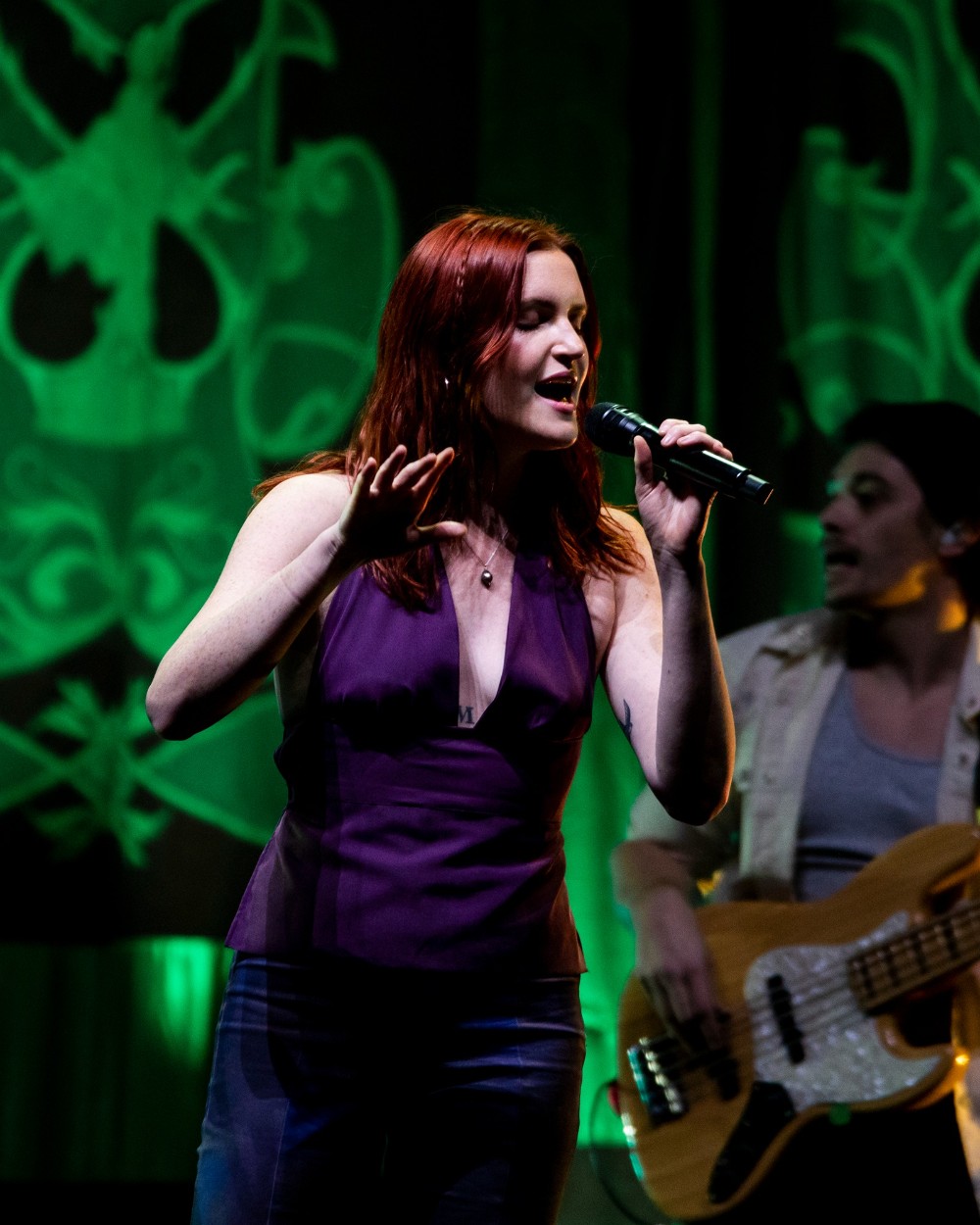 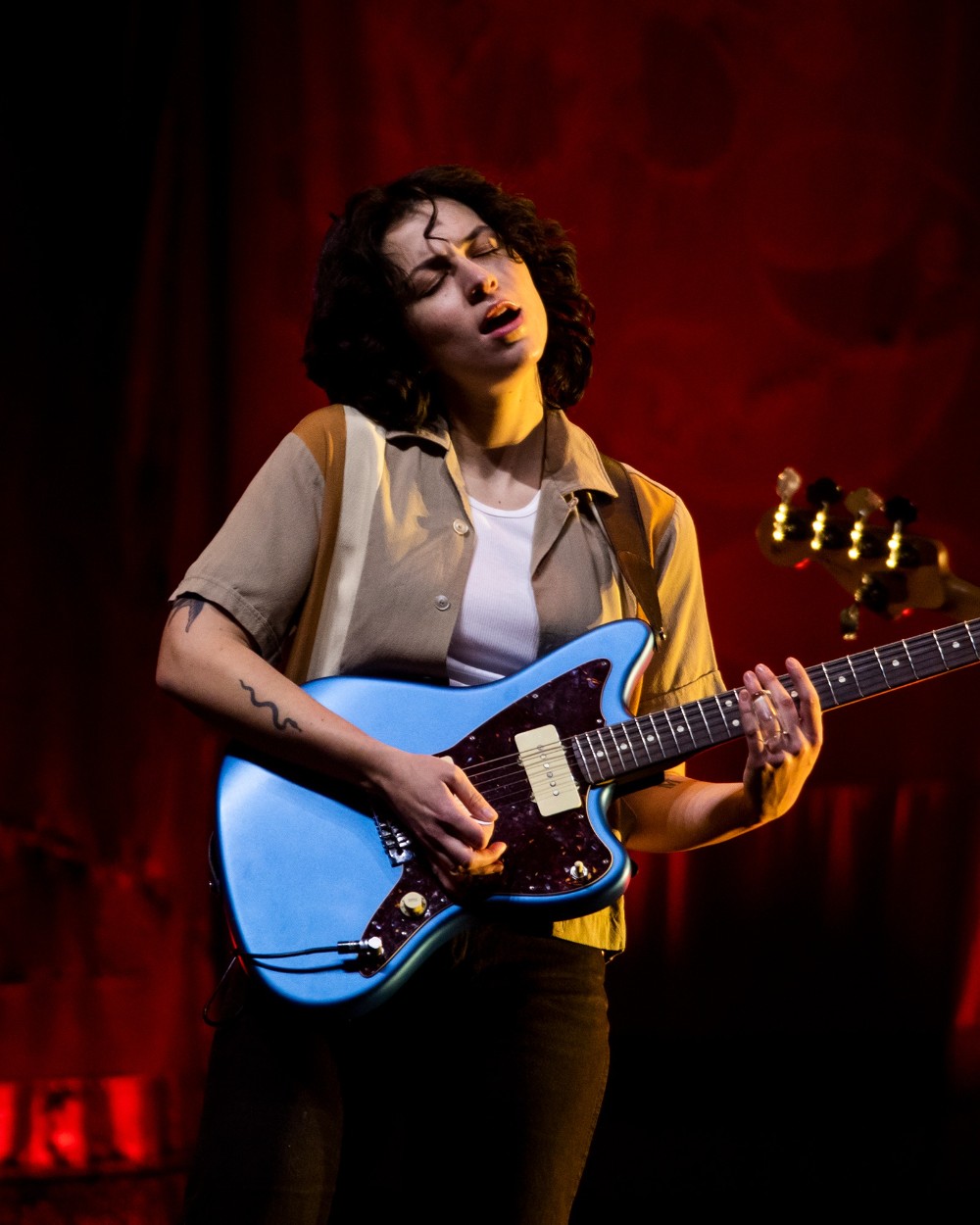 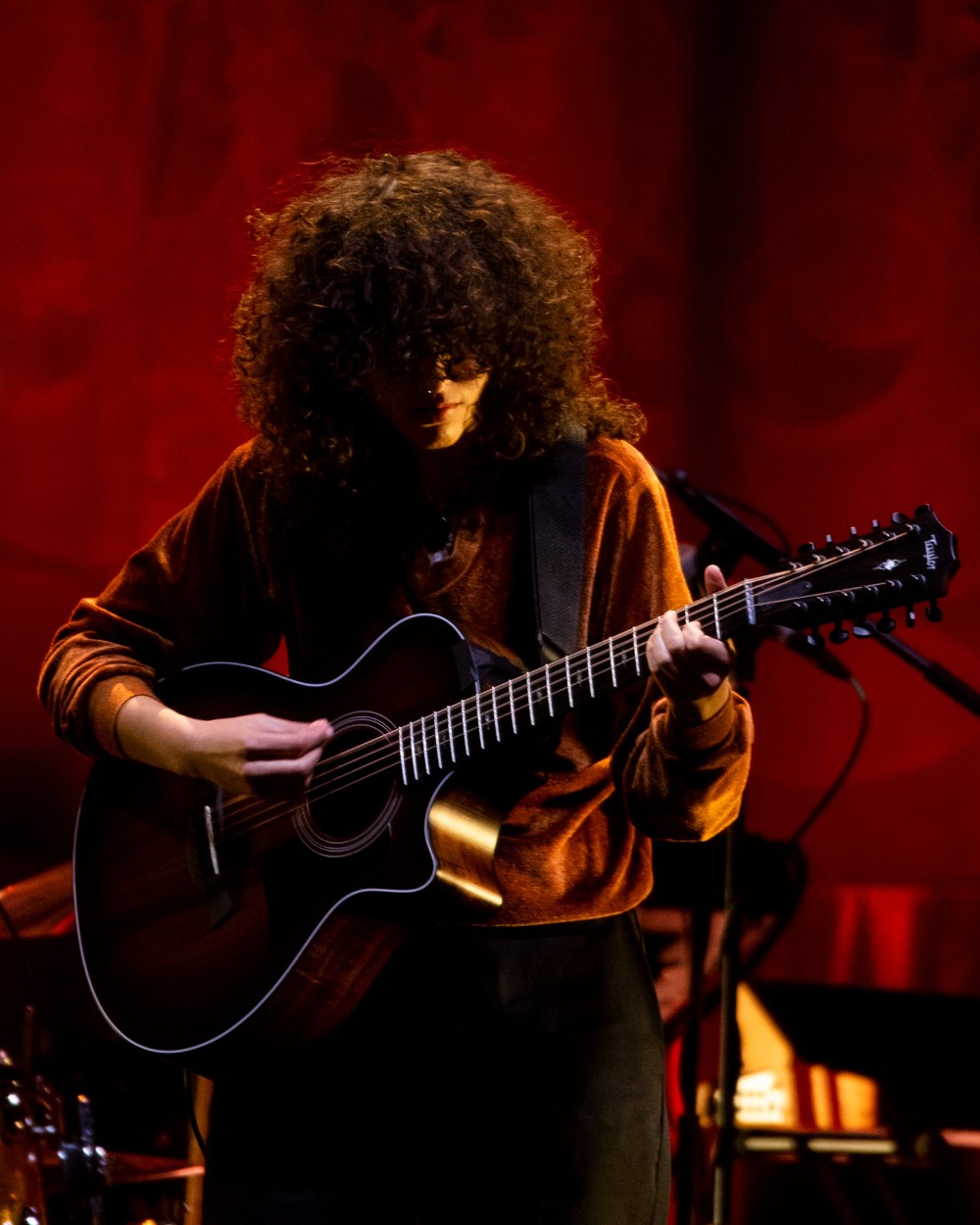 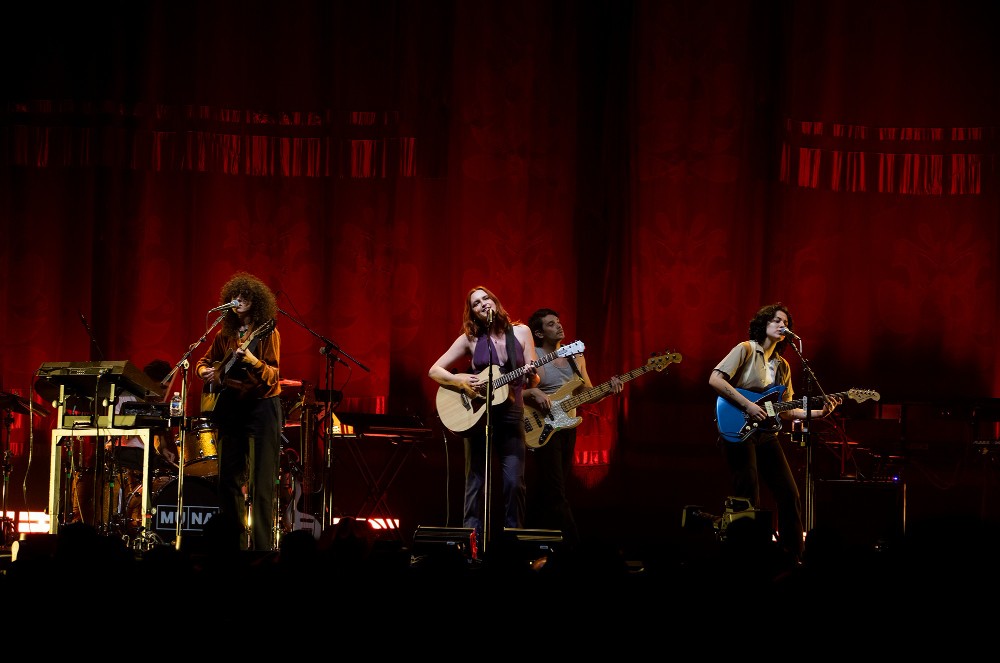 King Princess took the stage next. This is the fourth time I’ve seen Mikaela Straus over the course of three years. To see her growth and experience translate into her live performance has been an absolute joy to witness. There’s a self-assuredness and confidence that works alongside her music and makes her set stand out in a big venue. 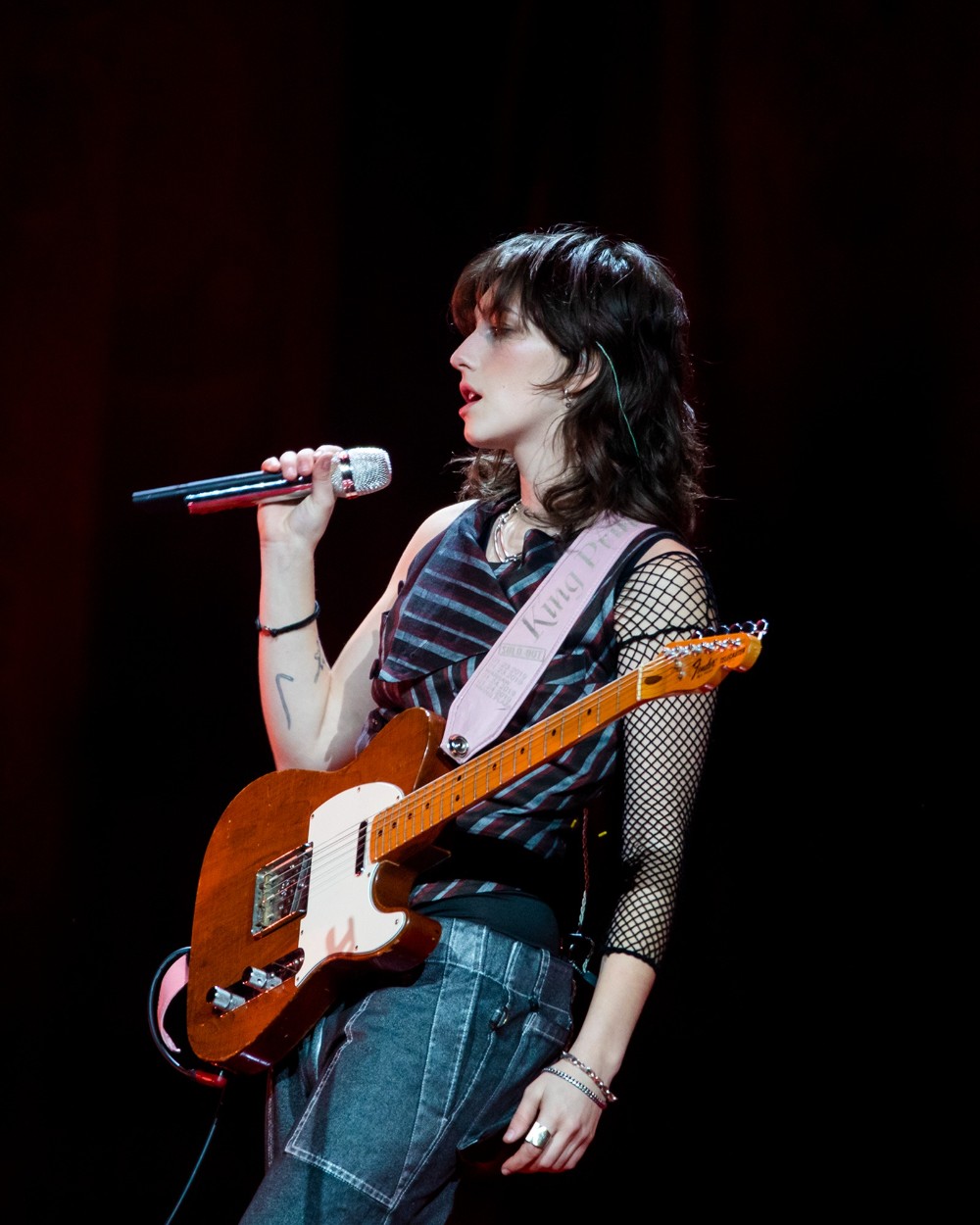 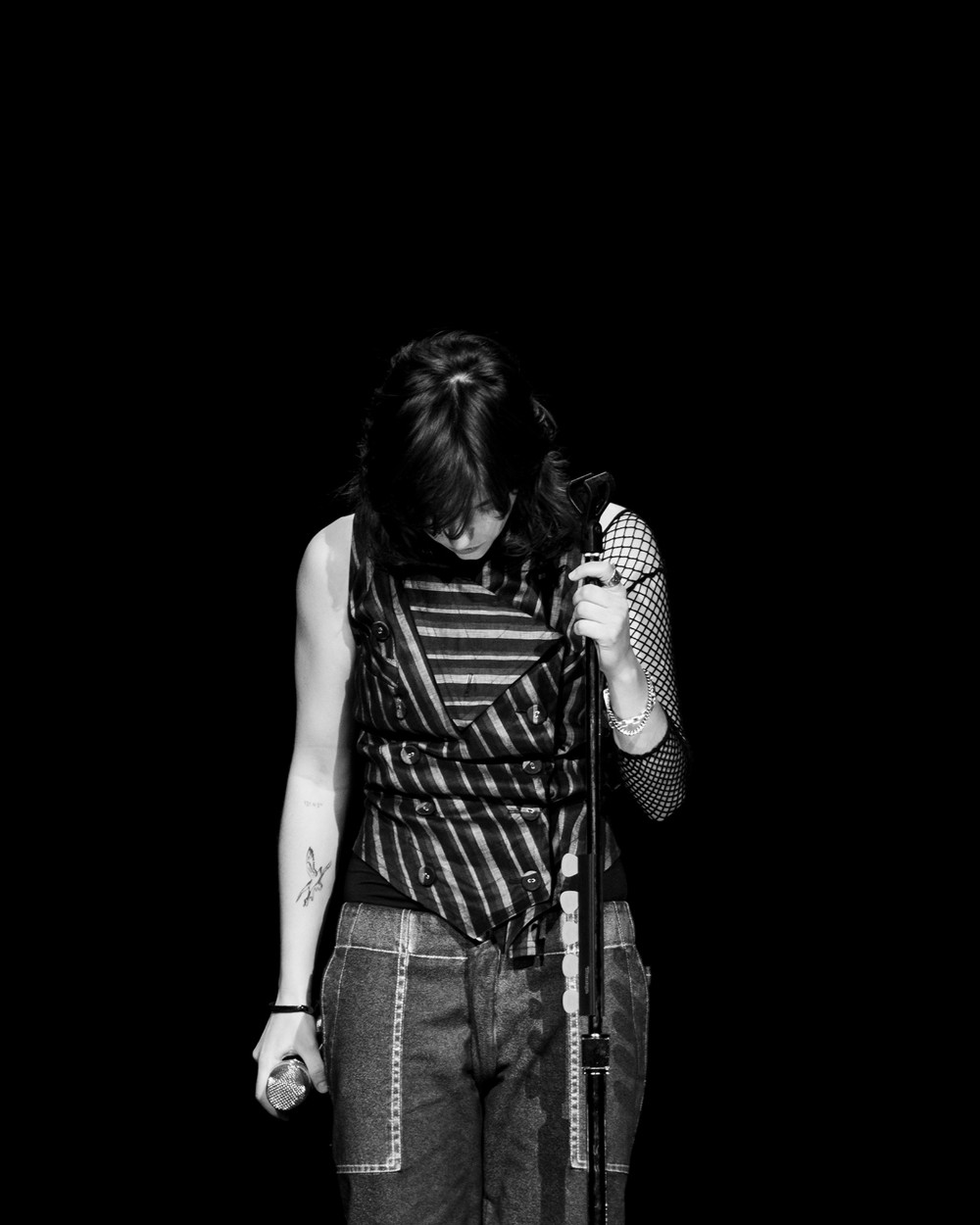 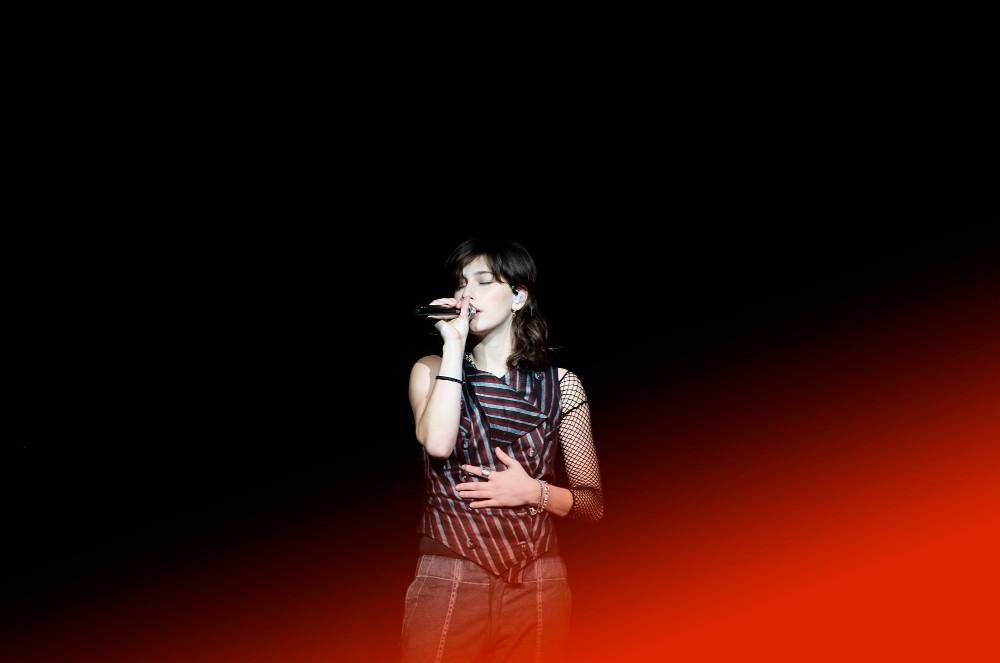 Finally, it was time for Kacey Musgraves to appear. Heartbreak was the first theme that Musgraves explored throughout the night. Before the lights came up, a heart could be seen shattering on the big screen. Her heart-shaped stage glowed as she began with the title track off her 2021 album star-crossed. At the climax of the song, a metal heart was engulfed in flame behind Musgraves, a powerful statement for what was to come. Next came my personal favorite, good wife. Musgraves’ wit made appearances with quick quips, “he’s never right” and “I was a great wife.”

Continuing along in album order, next came a stunning rendition of cherry blossom. At its conclusion, petals rained down on the crowd from above. After just three songs, it was clear that this tour had been expertly planned, from the visuals and graphics to pyrotechnics and confetti.

While star-crossed covers Musgraves’ divorce and subsequent healing, Golden Hour (2018) has lighter, more carefree tones. The atmosphere shifted as Musgraves blazed her way through fan favorites Butterflies, Lonely Weekend and High Horse. In between songs, Musgraves was casual, joking and humble. “Honestly, I was a little bit nervous for tonight,” she said at one point. This date marked the beginning of Musgraves’ limited 19-show run, so it was no wonder that nerves were running high. Although she is no stranger to venues of this size, having opened for Harry Styles during his 2018 tour, this is Musgraves’ first headlining arena tour.

Further highlights included the return of “Kacey-oke,” with a fan selecting a cover of TLC’s No Scrubs. To conclude her regular set, Musgraves sang gracias a la vida with her guitarist, before tumbling off of a ledge upstage. For the encore, the audience was treated to Slow Burn and Rainbow. 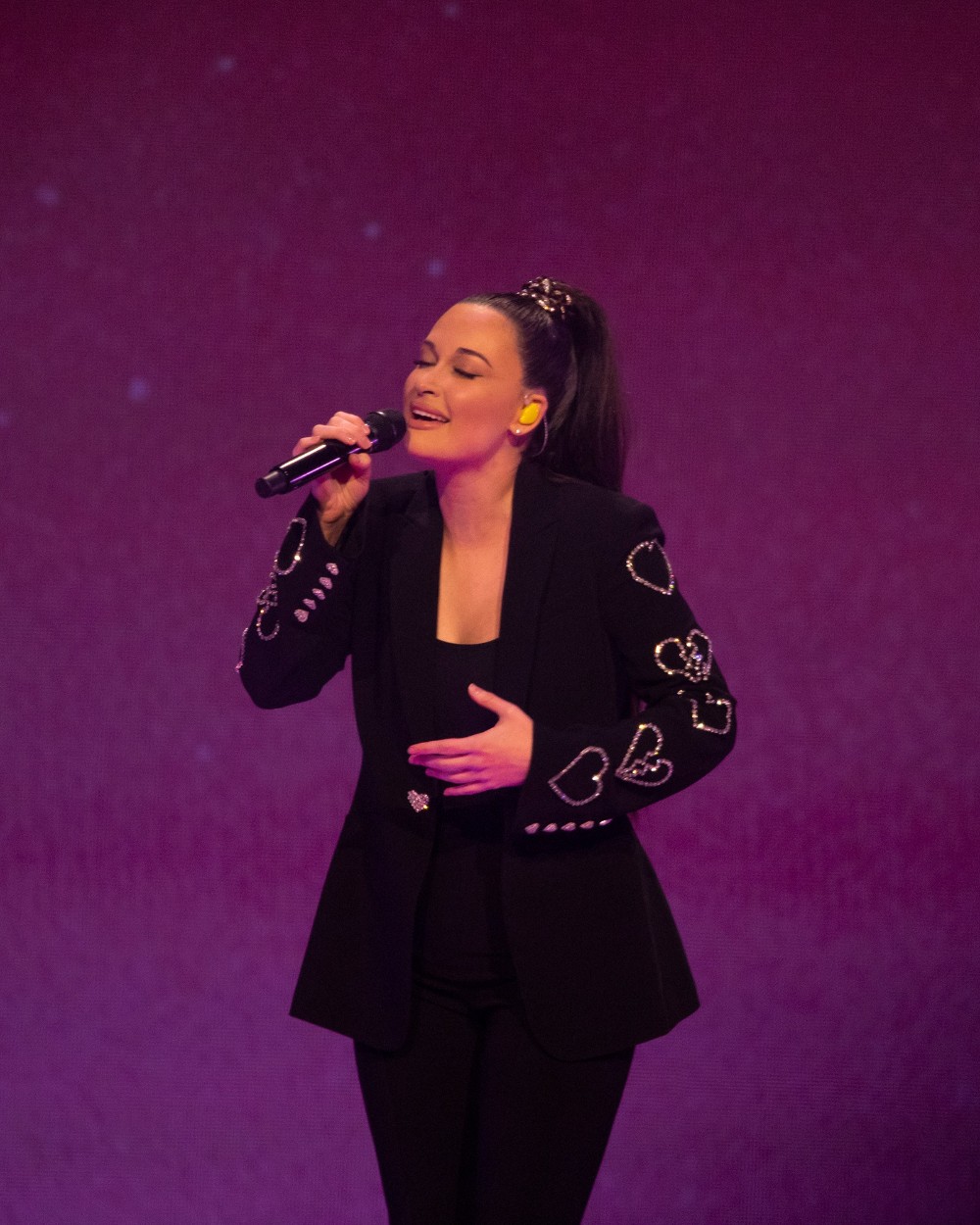 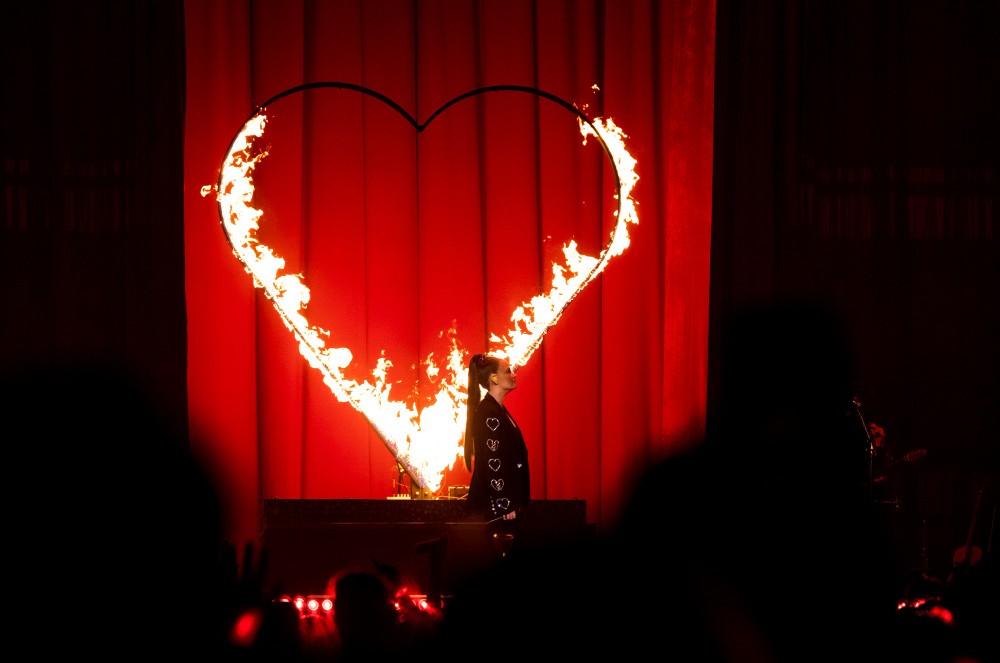 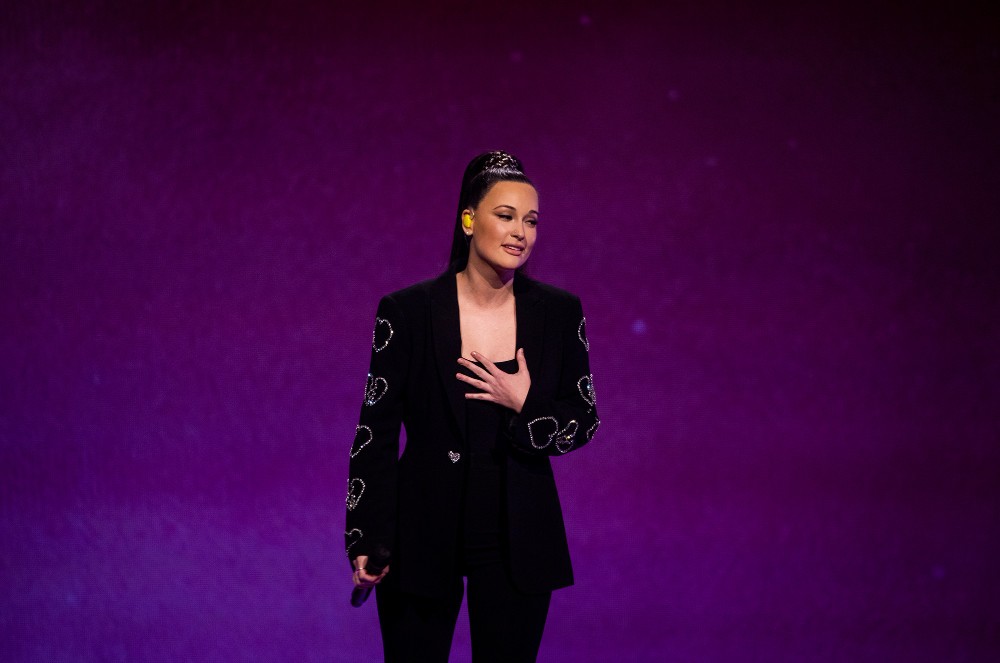 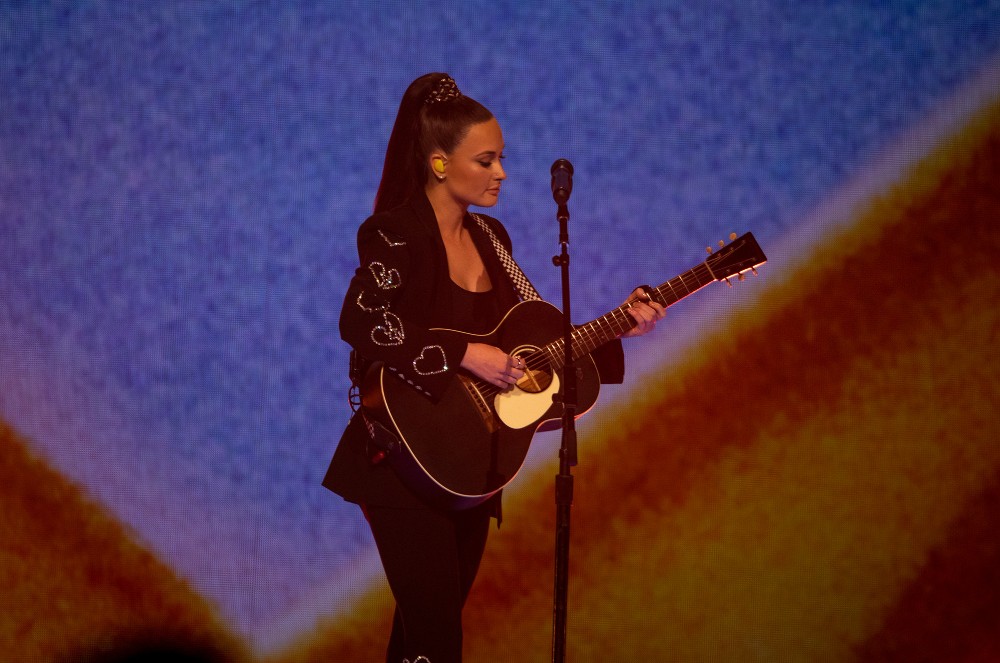 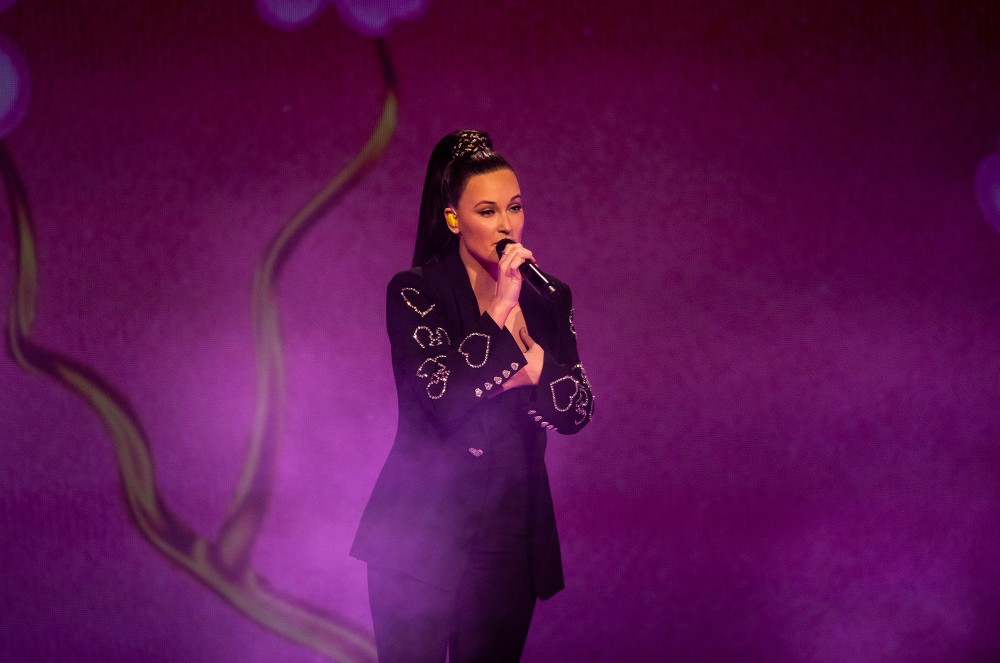 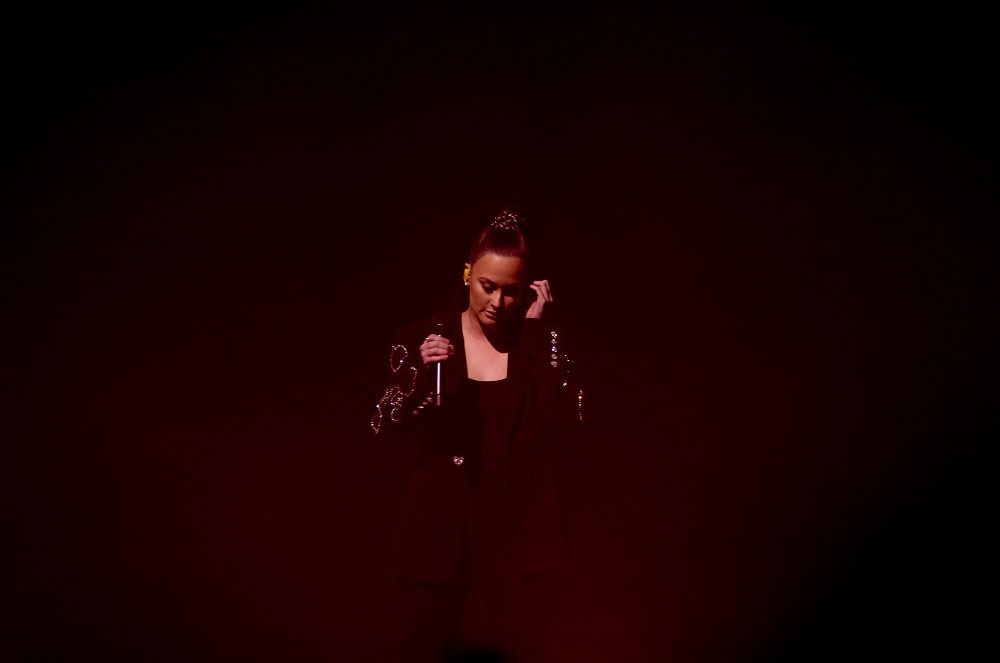