Canadian pop-punk/emo quintet Like Pacific hit all the feels in their sophomore album, In Spite Of Me. 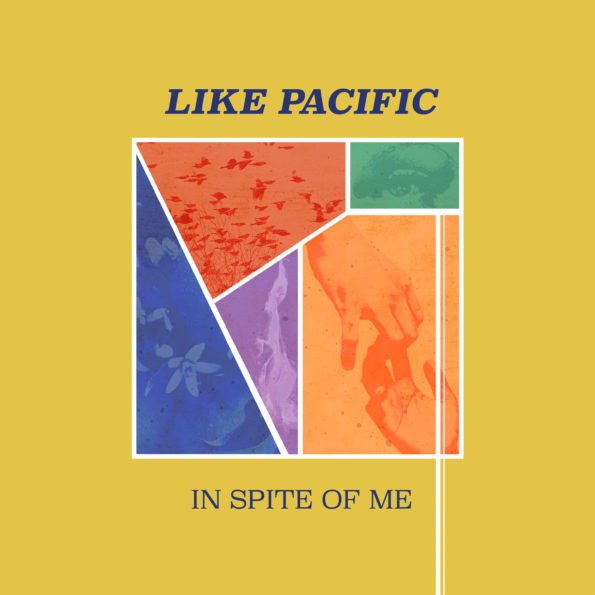 Like Pacific take their signature style established on their debut album and bring it to the next level in their sophomore effort, In Spite Of Me. The album just screams of the band, packed with tracks that will sound rather familiar to fans – it’s everything you love about Like Pacific, except better. The band skilfully blend honest lyrics with massive hooks and even bigger choruses.

This is evident from the outset, in opening track In Spite Of Me. Listeners are immediately treated to Black’s exposed vocals; the upper harmonies have a slightly rough timbre to it, suiting the emotional nature of the track. The lyrics reveal the emotional depth as listeners hear “Buried to my knees / I hope you find some sort of peace in spite of me”, and the ensuing guitar lines carry this feeling forward.

Following on is Sedatives, an upbeat track despite what the name might suggest. Pounding drums open it up, before minor guitar chords plunge listeners into a feeling of melancholy. There’s a theme of hatred lacing the track, as Black opens with “It could’ve been worse / I could’ve been you”. This song is sure to ring relevant for everyone, who will have felt the feelings being sung about at some point in their life. The vocals slip between smooth and grittier tones, suiting the anger lacing the track when the harshness kicks in. A subdued bridge brings an element of contrast, before the tension starts building up again slowly through the instrumentals.

Had It Coming has a massive chorus which is perfect for screaming along to, a cathartic release from all the feelings you’re holding on to. This has all the fury of a punk track, but simultaneously contains the soaring melodies associated with classic emo anthems. It’s a marriage between the two, a perfect example of the Like Pacific sound that many have come to love. The Spring features the same vein of hammering drums before the chorus, whilst guitars weave between with a delicate countermelody.

Meanwhile Occupy Your Skin is sure to occupy your mind as well as your skin, with its catchy melodies that won’t leave you for a while. Slightly slower, the passion is drawn out through the guitars and vocals. You’re hit with a wall of weighty guitars in the chorus before the bridge comes in with a wandering guitar line, bringing an element of airiness to the track and allows some space for breathing and reflection. Self-Defeated would not sound out of place amidst the mid 2000s emo anthems, whilst Steadily, with its driving nature, will make you want to jump around and start a mosh pit.

Distant guitars begin Admittance, and the throbbing bass line brings a sound quality to the track that accentuates the questioning that appears in the song. The theme of disconnection is brought out not only lyrically, but also when the distant vocal section creeps in. Finishing with Something Missing, we can’t say that’s a sentiment we can echo about the album, as it hits every emotion with conviction and forms a cracking effort for the band’s sophomore album.