Bruised and scarred, but stronger than ever, With Confidence return with their sophomore effort, Love And Loathing. 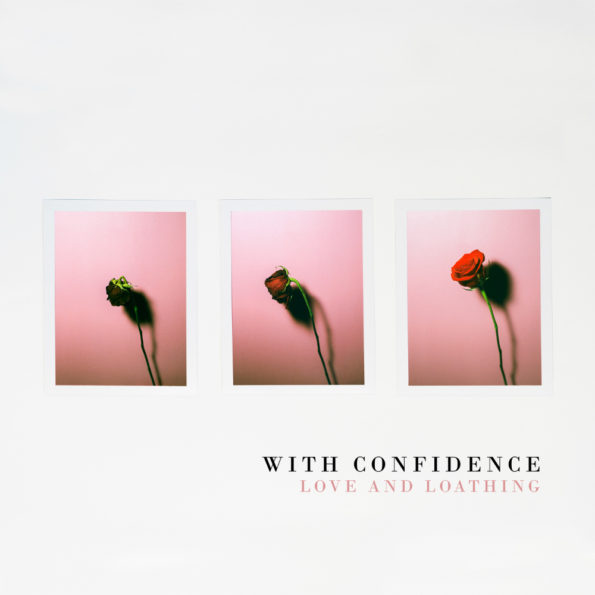 Caught up in a whirlwind of first loves and fiery breakups, the Aussie pop-punk now trio embark on a path of self-discovery and self-acceptance on their sophomore record, Love And Loathing. With thin boundaries between the two concepts, With Confidence balance out their emotions and desires in emo-tinged pop soundscapes, demonstrating their true growth both as individuals and as a band.

The opener That Something is everything we’ve come to love about the band. Lacing electrifying guitars and Jayden Seeley’s melodic vocals into the fast-paced dynamic core, it is a stadium-worthy tune jam-packed with catchy hooks and singalong chorus. Soaring sky-high on a similar highpowered rhythmic arrangement, Jaded treats about how you can’t make someone love you, what in result leads to confusion and self-loathing.

Past the teenage-crush period, the band show their mature perspective and a hopeful vision about the future, even if they allow themselves to be hurt and heartbroken at times. As we all do. Always striving to be better humans, they battle their doubts and worries to cultivate the idea of self-expression and self-improvement. With a deep reflection on life, Moving Boxes is about confronting the ghosts from our past and coming to terms that it’s okay to leave things behind in order to move on. Featuring guitarist Inigo Del Carmen’s vocals on the verse parts and Joshua Brozzesi’s excellent drumwork, the track feels refreshing despite its sentimental context.

Although the introspective lyricism builds universal themes on the compilation, the sonic palette doesn’t live up to its full potential at times. The Turnaround (despite its exquisite bridge), Better and Bruise are too easy to forget, falling into repetitive patterns that lack that spark and excitement which determined their debut Better Weather. That doesn’t mean however, that With Confidence are not capable of shaping infectious and beautiful soundscapes as we find a few sparkling gems on the record.

Acoustic ballad Pâquerette (Without Me) creates a truly tender moment with its gentle instrumentals and shaking vocals that will make you shed a tear or two. Thrust into a sea of emotions, we endure the heartbreak just to come out stronger to finally admit: “And I’ve been alright”. Elsewhere on the record, Spinning shines with its warm ballad-esque opening transforming into a swirling wall of sounds, whilst Icarus is a thrilling cut that hits us with its manic riffs and a punchy chorus. Certainly, one of the most outstanding tracks in the band’s entire discography.

Encompassing the themes captured on the album, the acoustic outro of Tails ends our journey with the lyrics “Think love and loathing’s all I’ve got / Sometimes I think it’s all I want”. And although With Confidence didn’t leave their sonic comfort zone, Love And Loathing is still a step up from their previous material and a new chapter for the band. “No one’s perfect but we make our way out”, they sing and I couldn’t agree more because everyone deserves a fresh start after all.