The new track from King Nun is a significant listen as it tackles the pertinent topic of harassment, sending a clear message with the line “Take your hands off of her”. 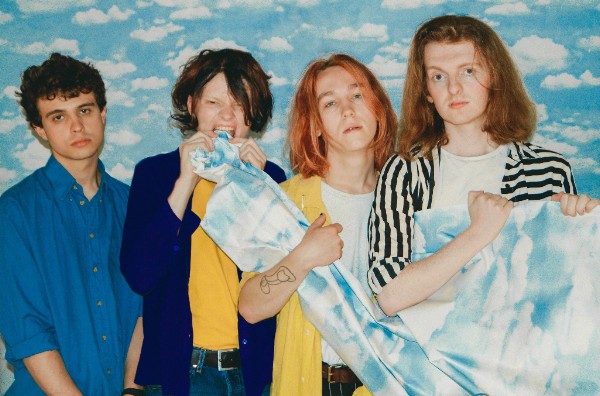 An initial listen to the King Nun track may reveal it to be a catchy indie track, but as you listen closely to the lyrics, you’ll realise that this is a vital narrative that needs to be discussed.

Following the narrative of a female being harassed, it calls to attention the serious problem of harassment not just at gigs, but everywhere. The band’s anger at this issue is conveyed through the impassioned vocal delivery of Theo, and it’s a powerful moment as he sings “Take your hands off of her, it’s not your world to pervert”.

Discussing how the track came about, Theo says:

Greasy Hotel was written after we were told a girl had been grabbed during one of our shows. This was made worse by the fact the guy reporting it said she shouldn’t be there if she was concerned about this happening. I felt so angry and guilty I didn’t know what to do with myself. This was the first time we’d experienced anything like this and it was definitely an eye opening experience for us. I wrote the first version of the song in a couple of minutes. We wanted the lyrics in the chorus to stand out and I felt it was important for the audience to hear ‘Take your hands off of her’ mid set. The song serves as reminder of our stance on this, as well as helping to vent on what I feel is a really important issue.

Catch the band on their November headline tour.