The bombastic new single from City Calm Down blends razor-sharp lyricism without losing a groovy flourish for you to shake your hips to. 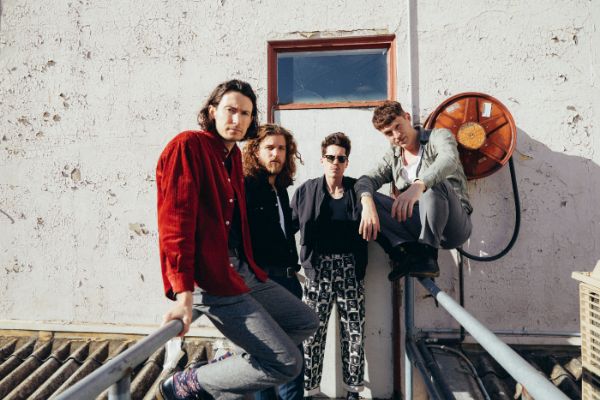 Melbourne-based City Calm Down are back in the game for 2019, as they share their newest single Television. The single marks their first new material since their last record Echoes In Blue, and sees the band driving up the spirit, bringing in fresh energy after a period of recharging. With infectious melodies, the seemingly joyous tune masks cut-teeth lyrics that are all sung with over-the-top optimism as the guitars merrily skip along.

Explaining the track and the inspiration behind it, the band says:

Television is inspired by 1976’s Sidney Lumet-directed satire Network – an Oscar-winning howl of protest. Four decades on, Network’s bleak vision is more relevant than ever. Network is a dark satire about an anchorman who goes on a series of rants live on air after he loses his wife and finds out he’ll be fired. Even though it was released 40+ years ago, it feels more relevant than ever in the 24 hour news cycle world we live in. It was serendipitous I stumbled across it the night I wrote Television.Although the lyrics touch on the same broad themes as Network, I’m not as deeply cynical about the impact of media in our lives. One of the greatest opportunities we have is to engage with the abundance of outstanding art that’s being produced. At the same time, there’s a lot of absolute crap, whether for television or other media, and it gets a lot more attention than it deserves. Culturally, this dulls our senses to what’s true and beautiful and we risk becoming more shallow and insular as a result.

The band will be heading out on a UK tour later this year, and you can catch them at one of the following dates.