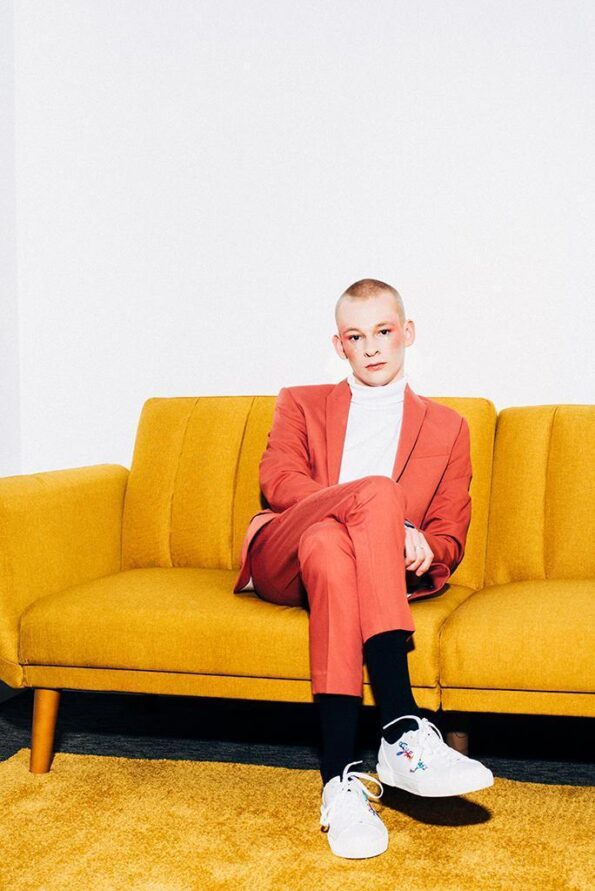 Doing exactly what a song should, It’s A Joke reels you in from the very start. Bouncy beats and twinkling synths lace behind the vocals, enhancing Boniface’s magnetic voice. It is in the perfectly timed pauses that leave you holding your breath, palms sweaty with excitement in anticipation of the next beat, that build on an already idiosyncratic piece. Visually, Boniface’s fuchsia-hair, vibrant makeup, glam-rock personality is a statement on its own. The musical interlude serves as a fun build-up to the climax, represented in the video with goofy and free-spirited dancing from the band. This playfulness that matches the tracking is seen throughout the minimalistic, but energetic video, capturing the spirit of Boniface and his music. In contrast to the lyrics “It’s a joke, but I don’t break a smile”, listening to It’s A Joke will leave you wanting to do nothing but.

The video was filmed just before Canada entered lockdown in March. Speaking to that, frontperson Micha Visser said:

It’s weird to think about now, but I’m glad it’s the last thing we got to do. Basically, we just wanted to have fun with this one. And we did! The energy was so positive on set and I think the playful nature of the song really comes through in the video. We also finally got to pay homage to ABBA in a Boniface video, which I’ve wanted to do from the start.