The fourth album from The 1975, Notes On A Conditional Form translates worldly chaos and societal challenges using overlapped genres and themes. 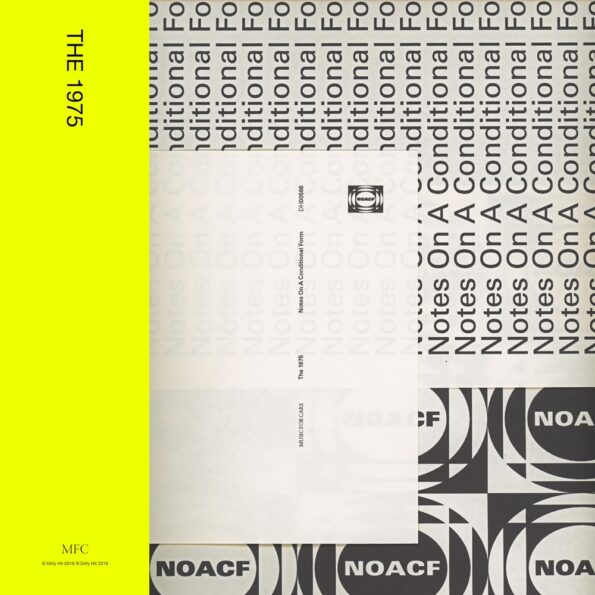 The erratically produced project, Notes On A Conditional Form, is the mere result of a sonic spillage that spread throughout 15 studios in the course of 19 months and throughout various crushing, societal events. The 1975 brought conflicting themes partnered with diverse sonic styles to illustrate the playlist of a new era. An era where eyes are heavily glued on the discover page and our fingers are heavily pressed on the shuffle button.

Firstly, the project pays homage to the infamous, Greta Thunberg with her vigorous words on the climate rebellion of the century matched with ambient background noise. It is the welcome speech to the new generation, “So, everyone out there, it is now time for civil disobedience. It is time to rebel.” This is followed by the clamorous punk anthem, People, where hedonistic vocals roar, “wake up, wake up”,  to a world that is in immense pain. Followed by a nocturnal, electronica replica of night bus hymns, Frail State Of Mind, that begins to clean away the wounds the first two tracks inflicted. As the disorientating yet atmospheric tempo confesses a common, internal battle with mental health. A track where Matty Healy, frontman of The 1975, finds himself apologizing for these imperfections repeating, “Don’t wanna bore you with my frail state of mine.” This is accompanied by the country twang of whispered vocals and dreamy saxophone solos in The Birthday Party. A stream of consciousness where issue avoidance takes on the pressure of social events; through barmy, rhythmic tones and acoustic guitar harmonies.

The new album is a dive into a sonic melting pot: baggy alternative rock (Then Because She Goes) to the faux religious, pop ballad (Jesus Christ 2005 God Bless America) to early 2000s coming of age soundtrack (Me & You Together Song) to piano-mixed dreamy, electronica (I Think There’s Something You Should Know). The experimentation of each individual track is the poster child to this project.

It can be easy to lose track of the message through the various instrumental interludes that seem to be a mere reflection of the planet earth soundtrack: The End (Music For Cars), Streaming, and Having No Head. The moment in the project where the excitement of the band’s newfound techno skills masks over the need for accompanying writing. And other interludes take the form of fuzzy lo-fi beats: Yeah I Know and Shiny Collarbone. The diverse skill set and intense study of synthesizers is something to applaud even when it seems extravagant for the project itself.

Overall, with lyrics ranging between seldom memoirs to aggressive, self-conscious chants and instrumentation that engulfs genre-mixing techniques, it can safely be compared to our unstable, societal life. With additional behaviors seen in the album – humblebrags, self-examination, abusive behaviors, online oversharing – it is a perfect replica of an album for its generation.