Artist Of The Week // MAUDE LATOUR

Get ready to jam along to the bubbly new single from Maude Latour, One More Weekend. 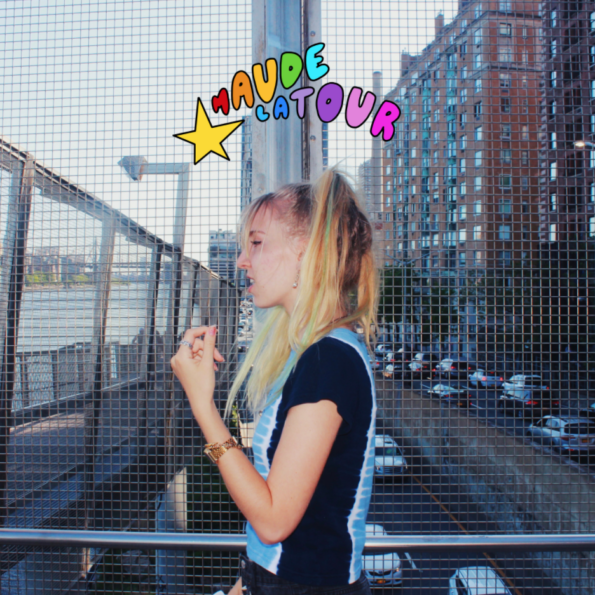 20-year-old Maude Latour channels her vibrant, youthful energy in her upbeat new single One More Weekend to craft an irresistibly catchy track that you will want to blast at full volume and dance along to. With a down-to-earth personality and charming honesty, the New York-based musician presents herself as someone who could easily be the best friend you share all of your secrets with. This earnestness also carries itself into her casual songwriting style, a jotting down of her personal thoughts that allows you to be her confidante and draws you into affinity with Maude. Complete with dazzling melodies and driving rhythms, you’ll feel an intoxicating energy course through your veins in an exultation of glittering indie pop.

Maude delves into the inspiration behind the track, saying:

One More Weekend started off as the first verse – I wrote these lines while sitting next to my (now) ex. I was in love, these lyrics were everything I wanted to say. It was a weekend in May that will still be on repeat. At the time, the song was a jumble – we were breaking up for the summer but we had no idea where we stood, and the early versions of the song reflected that conflicting, all-over-the-place chaos. Was it love, was it over? Could we keep going at age 19 – indefinitely? I disliked the song for so long. I finished writing it almost exactly a year later, after we had broken up, because finally the story had meaning, finally that weekend fit into the timeline of where we were. Finishing writing this song over a year later with Mike, my producer, we were both in tears as we put together the final verse. I acknowledged my true pain, I acknowledged how I had been lying to myself about being over it. I acknowledged the loss. Nothing lasts forever – and sometimes we really do lose things. The song grew and changed over a year, each verse is a different snapshot of how it’s changed. The music gives me the complete rush of love, the over-lyrical kaleidoscope of scenes and that euphoric chorus is how love feels, it’s how youth feels, it’s how the rebuilding after loss feels. It’s about love and loss, those things are closer than I knew.

We spoke with Maude a bit more about what her ideal weekend would look like and how she found the strength to work through the emotions behind the track.

Successful people know that most of what they have is luck.

Rainbow. A wonderful shimmering rainbow. It is that exact explosion of infinite color.

If you could set One More Weekend to a TV series or film, what would it be the soundtrack for?

It’s definitely the montage to summer. Maybe falling in love in 500 Days of Summer. Something like that.

The inspiration behind One More Weekend is deeply personal, how did you find the inner strength to give yourself closure and finish off the track?

Oh man. I honestly had no choice. Artists are masochists. I knew I couldn’t move on unless I could tangibly say: “yes, I wrote it out, I wrote everything out, that is all I had in me, now I am finally done”. It was hanging over me for months. I knew the song wasn’t perfect. I was pushed to finish it and it finally was the entire story of this love. I was finally free.

What advice would you give to someone who was experiencing the feelings of loss and love that you mentioned?

It takes a long long long time, and it’s okay for it to take a long time. It’s supposed to take a while. I kind of think that I wish I knew that you don’t just ‘get over it’, or ‘end’ having those feelings. They just become part of you, so much so that you don’t recognize yourself without them and you have become someone new. I am still in shock sometimes that I don’t feel the 24/7 crushing pain that I did for so long. Wow, it actually worked. It took months and months, but this person now seems like a memory. Perhaps they will always be there, in my head, but I exist completely in their absence. What a relief.

If you only had one more weekend left, what would you do with it?

My gosh. Well it really feels like I have one more weekend left these days. I would probably make sure that I finished my album, scream it all out, and write out tons of pages of my last words. Ha! Yes, I would write in my journal my final thoughts. For sure. As long as I’m leaving behind exactly what I have to say then I am alright. Then I’d go to Central Park, lie in the grass, drink an ice cold beverage, hang out with my best friend. Eat cherries and blueberries and spinach pizza. Yeah.

Central Park, summer, picnic, music blasting. Downtown, meet someone new, reading in the morning, barely check my phone, ice coffee, parties, parties, parties I can’t wait. Citi-biking through New York, converse, crop top. In a car, windows down, west side highway. You know. Those moments. Haven’t had them in a while. I cherish them still.