Danish breakthrough dynamite Goss releases a funky anthem for those who experience FOMO. 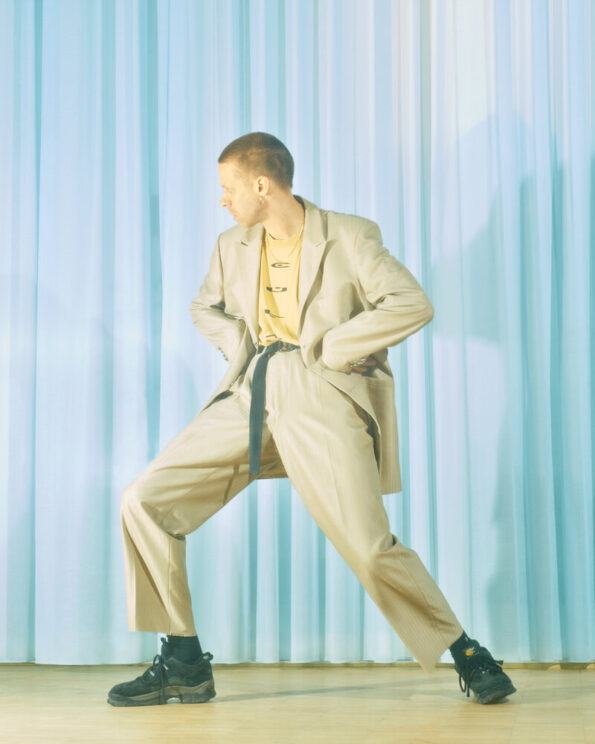 With two EPs, Healthcare (2017) and Homeland Security (2018), and tens of singles under his astonishing musical belt, Goss unveils his latest offering in a string of new singles with Everybody’s Going. But that’s not the only good news the genre experimental singer and songwriter is treating us with, as he announced the release of his highly anticipated debut album, Group Therapy, set to be released on October 16th.

If you’ve been following Goss’ career since his 2016 debut I Want To Know ????? then Everybody’s Going is everything you’ve come to expect. The funky, playful electro-pop synths and electrifying, colourful high vocal performance is what always make his sonics so distinctively unforgettable and easy to jam to. Unlike the overpoweringly atmospheric soundscape, the accompanying music visual is monotoned and minimalistic as it portrays the Danish singer in what seems like an empty contemporary art exhibition room simply doing his thing.

I have a hard time deciding if its a party anthem or a FOMO song. I think it might be both.. But it’s also a realization that you can’t live your life full on all the time for the rest of your life. I basically partied 3 days a week for 10 years straight. That’s almost half of my days for 10 years!!!?? And at some point it just wasn’t fun anymore.. But it was a little hard to get used to not partying somehow. Because it had been such a natural part of my life for a long time. Looking back at it now it feels completely insane.