Will Joseph Cook performed Side A of Something To Feel Good About live from the Bad Hotel but you’re probably better off just buying the album on release day. 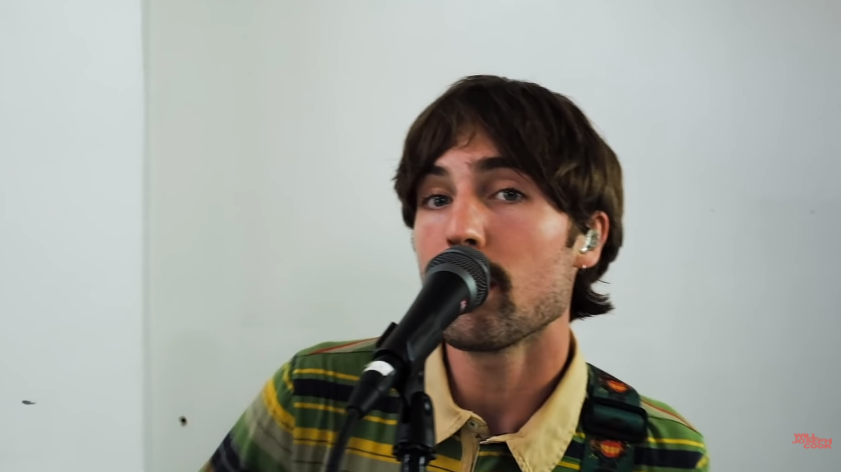 Will Joseph Cook is known for his pop melodies and happiness-inducing tracks that perfectly compliment any summer road trip. However, it seems whilst his music is undeniably addictive, his stage presence is virtually non existent. The singer dropped the first side of his upcoming album Something To Feel Good About to the delight of fans but his 20-minute live stream filmed in front of the plain white walls of the Bad Hotel left me wishing I’d watched The Great British Bake Off instead.

Will started by playing Be Around Me, an endorphin releasing pop tune that makes you wish you were at a festival under the sun. With his 80s tash, Will smashed the vocal performance, proving that he definitely doesn’t use autotune, but in honesty nothing about watching him play made me any less tempted to just click off and stream it on Spotify later on. Will then moved on to title track Something To Feel Good About, it features a catchy melody, a joyful chorus perfect for singing and will most definitely get stuck in your head.

By the time track three came on I’d pretty much switched off completely, enjoying the music but almost just disregarding the live stream. Whilst 10X More Fun is an undeniably great pop tune that features dreamy soft vocals, although Will was available to chat to via the medium of the YouTube comments section the show itself just skipped through all of the tracks with no personality from Will himself. Considering so many great artists such as James Bay and Declan McKenna have put on amazing live streamed gigs over lockdown, Will and his team really missed a trick here.

Will also performed She Likes Me, a song that has a much deeper bassline and most definitely belongs on Phil Taggart’s chillest show as well as Wayside which also has a lower tone and could be packaged as an early morning treat for the ears. The final song was Driverless Cars, it has more of a futuristic feel than the other tracks but the livestream as a whole really lacked any excitement.

It would be unfair to suggest the music itself had anything to do with the mini gig being so uninteresting because the tracks alone are a great example of what pop songs should be: catchy, anthemic and have the ability to plaster a smile over your face, but the lack of personality from Will and the idea that this was anything more than something to put on in the background is false. If you want my advice, stream the tracks instead and get on with your day because the livestream severely lacked something to feel good about.