SuperM solidify their place among the top K-pop groups with an undeniable and fierce debut album, Super One. 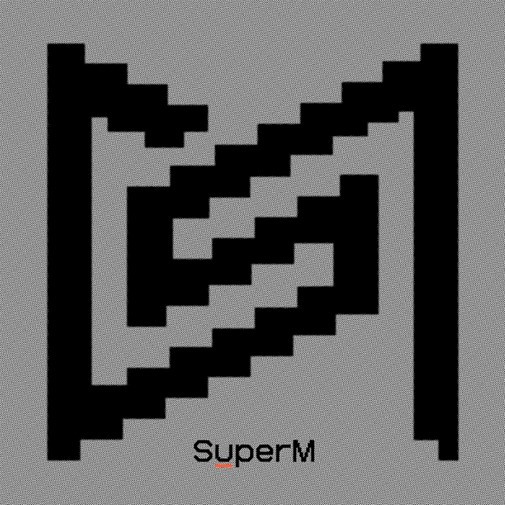 When I first heard SuperM were releasing a full-length album, I was beyond hyped and definitely ecstatic. Bringing under the same banner the crème de la crème of male K-pop artists, the remarkable NCT 127’s Taeyong and Mark, SHINee’s Taemin, EXO’s Baekhyun and Kai, and WayV’s Lucas and Ten, all you can expect from a SuperM tune is excellence. Even with such high standards, they still succeeded to surprise and impress with every song and music video they released this year, so just imagine the high class of an album made by this super-group.

Kicking off with a statement triplet One (Monster & Infinity), Infinity and Monster, SuperM claim supremacy and assert their positions as the chosen ones. With the first song being a mash-up of the other two, this is an arguably interesting and definitely strong album beginning as each of the songs is an arena-worthy banger.

Wish You Were Here switches things up, revealing a more heart-warming and romantic dimension of the group’s music, which hits the bliss point of sweetness in Big Chance – a proposal in a jolly and innocent song, oozing with summer party vibes.

However, SuperM quickly revert to their ruler attitude with the electrifying and explosive anthem 100, here to make you feel unstoppable. With attention-demanding vocals and touches of futuristic electro sounds, 100 is overflowing with confidence, determination and earned arrogance, making it the success anthem you never knew you needed… until you hear Tiger Inside. Explosive and intimidating, SuperM’s new arena-worthy banger exudes bulletproof confidence and unapologetic independence, combining empowering and liberating yet assertive lyricism with perfectly transitioning and harmonious yet feisty vocals and a touch of tiger roars at key moments. Tiger Inside is the ultimate anthem for anyone out there ready to take full control of their own destiny and with an unwavering confidence, invite all the challenges that come with being ‘the one’.

Better Days switches the attitude again, coming as a lovely, sing-along and hand-holding worthy ballad foreseeing that the “sun will shine through, it’s gonna be better days around the corner it’s true”. Together At Home follows, lifting the spirits from melancholy into youthful party vibes. However, the cute and innocent vibes mature in the following songs, with Drip embracing a slicker sound fitting for a more high-end celebration, while Line ‘Em Up puts forward a different and exciting sound, embracing Latino and Arabic influences to create a smooth and stylish song. Dangerous Woman, Step Up and So Long follow as lovely, dreamy, staple K-pop songs, demonstrating each member’s unique and impressive vocals, out of which the ones that stand out above all are the always impeccable raps delivered by Mark and the beautifully high notes hit so easily by Ten.

With You lifts up the spirits again and ends the album on a high note, balancing perfectly the high energy and lyrical confidence from the first half of the album with the love-filled, dreamy dance sounds of the latter half.

Overall, the album seems like a combination of two or more intercalated EPs, each with a different concept and vibe, whose alternating songs don’t always flow easily from one to the other. However, each of the 15 songs is great in its own right, has its own charms and as a collection, they  demonstrate again and again the skills and hard work of this super-boy-group. Super One is an undeniably strong debut album, hosting some memorable, arena-worthy tracks and lifting SuperM among the top K-pop groups of the moment, proving that they are here to steal the spotlight and have everything they need to do so. Given the indisputable talent of its members and the strong entrance into the music scene, we can only wait and see the musical marvels SuperM have in store for us.