“If there’s anything I believe in, it’s myself,” says BAD CHILD as we chat with him about his long-awaited debut album Free Trial and how it took shape from when he first started writing it as an adult. 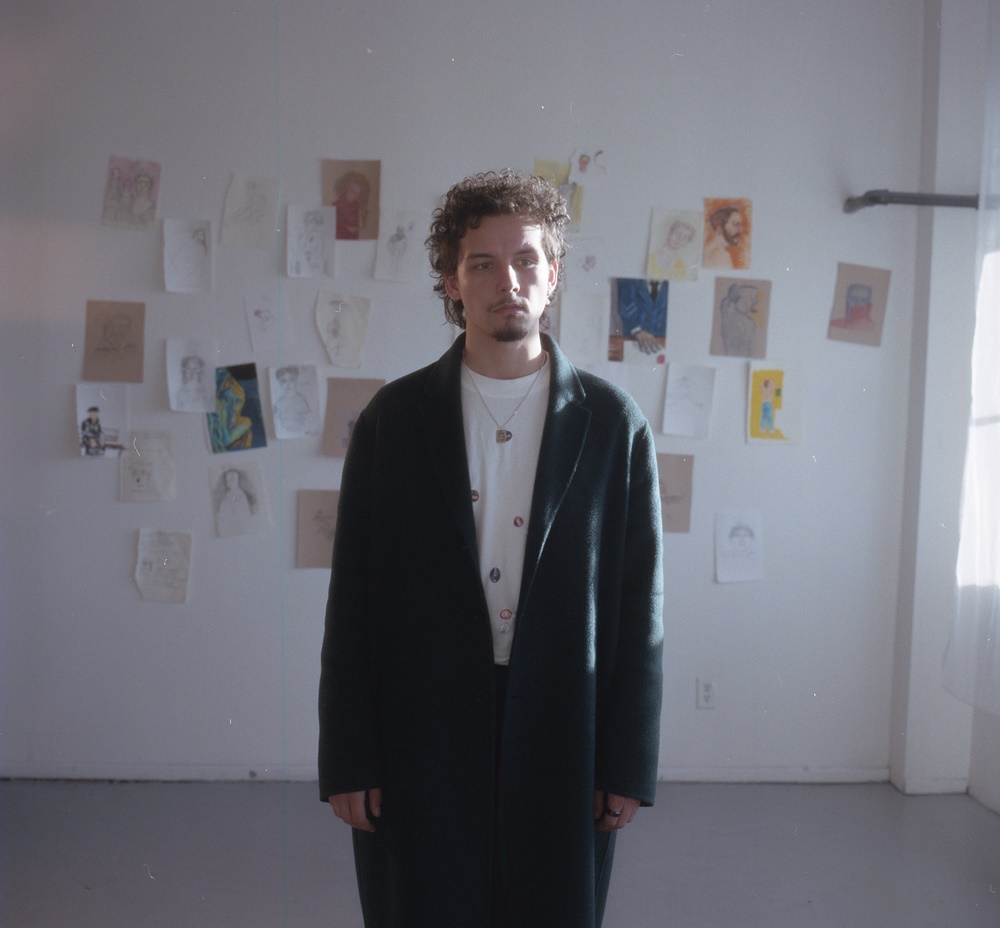 Five years is a long time to be spending on an album, but BAD CHILD has spent the time meticulously planning every fine detail that will go into the work. It comes as no surprise then, that there is a lot of excitement surrounding Free Trial, whether from fans or from the musician himself. In his own words, he’s feeling, “really good. It’s been in the works for about five years now so in a lot of ways, it’s like a coming of age. I started it when I was 18 and I’m turning 24 next month; five years on one album is an extreme amount of time, in my opinion, so I’m very proud and overwhelmed to see where we’re at now.”

It’s a poignant reflection for the musician, particularly considering that the album is “almost one to one to how I imagined it in my head. This is a very carefully crafted album, and everything that I put into it is very deliberate. There’s never been a moment that’s been like, ‘oh, maybe this should be there’. It was always, ‘I want to make this type of song’ or ‘this is how I’d like to do it.’ At the end of the day, I think the only thing that changed was the process of learning; I learned a lot of new stuff while making it with lots of equipment and whatnot. A lot about synthesisers. I’ve always loved synthesisers. And damn, the amount of time I’ve spent learning modular synthesisers and that sort of thing is an extreme amount.”

This is a very carefully crafted album, and everything that I put into it is very deliberate

Despite the careful thought that went into the nuances of the album, there will always be an improvisatory element and a surprise – after all, that’s one of the most exciting aspects of the creative process, and you will never quite know how long a track will take. BAD CHILD identifies, “if you have too much structure, and how you sing and write becomes formulaic, it can be really damaging to creativity. Songs like Royalty took about seven or eight months to finish writing, and then about two years to produce entirely how I had planned it. But then songs like Candy took three hours to produce and write.”

He further elaborates, “You don’t know what’s going to happen the next day you go into the studio, and that’s sort of the excitement. You carry the energy of your day and your life with you. And, if you’re acting as a conduit, something good is bound to happen.”

One such instance of an unplanned moment on the album comes in the form of Rouge, a tender track that deviates from the fast pace that it had initially adopted. BAD CHILD admits, “it was a full band arrangement before, and I was just playing it on a Wurlitzer and singing. My producers in the studio were like, ‘Hey, that sounds really good, maybe you should just sing it stripped down?’ And funnily enough that song sort of wrote itself in the studio, I only had the first verse done and we finished that song quite quickly. It was a very natural flow and process to get to that.”

I learned really young that things don’t last forever, so you should try to do what makes you happy

Being able to look back now to see how tracks had developed, it naturally follows that there is a slight mood of reflection at this moment of release. BAD CHILD smiles, “it’s funny; when I reflect on the album, some parts seem remarkably juvenile. And not in a bad way, but when there’s contrasts with the other music, it’s like, ‘Whoa, this person is growing and changing.’ It’s exciting because I think it’s a very transitionary album. I didn’t plan it to be a coming of age album, but it’s kind of turned out that way which is cool to see. It’s clear, like, ‘Oh, I wrote those songs three years apart’ and they sound like I wrote them three years apart, but they’re in the same body of work. It feels very ebbing and flowing between headier ideas and more simplistic ones.”

Although there is variation between the musical ideas, one constant grounding remains in the emotional anchor and the honest stories that influenced the album. He describes the album as almost “raw commentary”, and shares that “there’s a lot of writing about my trauma, and I think it’s important for people to be open about mental health.” One of the most sobering lessons that the musician learnt was around the concept of impermanence. He muses, “I learned really young that things don’t last forever, so you should try to do what makes you happy. Listen to your gut. I was going to go to university, and I put a song online and it started doing well and I went, ‘why would I not put all of my effort into doing this right now?’ I could hop on a train and move to a new city, where I don’t know anybody and sleep on the floor, suffer and make this music. If there’s anything I believe in, it’s myself.”

This authenticity also feeds into BAD CHILD’s performance, as he admits, “I can’t sing something if I don’t have an immediate reaction to it, if it’s not from my soul. There’s a backlog of songs that I’ve written that have been like me, not me, and I don’t want to sing that because I don’t think I could pull it off. If it doesn’t make me emote, then I don’t think it’s proper. When an artist brings their own trauma and their own ideas, people will identify with them more than when someone’s trying to pander to a larger audience, because it’s more intimate.”

He continues on with his own vision, sharing, “I want less homogeny and more people to try to fit outside the peg and do different things.”

As for himself and how he fits into this goal? “It’s always been ‘what’s next’ for me. I’m excited to support Free Trial, but also I’ve been writing every day, even through the first album, for the next album. It’s just an evolution; it’s changing a lot and I think I’ve matured a lot so it’s sounding so different to this project. It’s a creative redefinition.”

And we can’t wait to see where next BAD CHILD will take us – wherever it is, we can be sure that it will be just as unpredictably exciting, full of fire, and visceral emotions as found in this first chapter.