Artist Of The Week // EMMA BRADLEY

London musician Emma Bradley makes an intimate introduction with her debut EP, Perfumed By You. 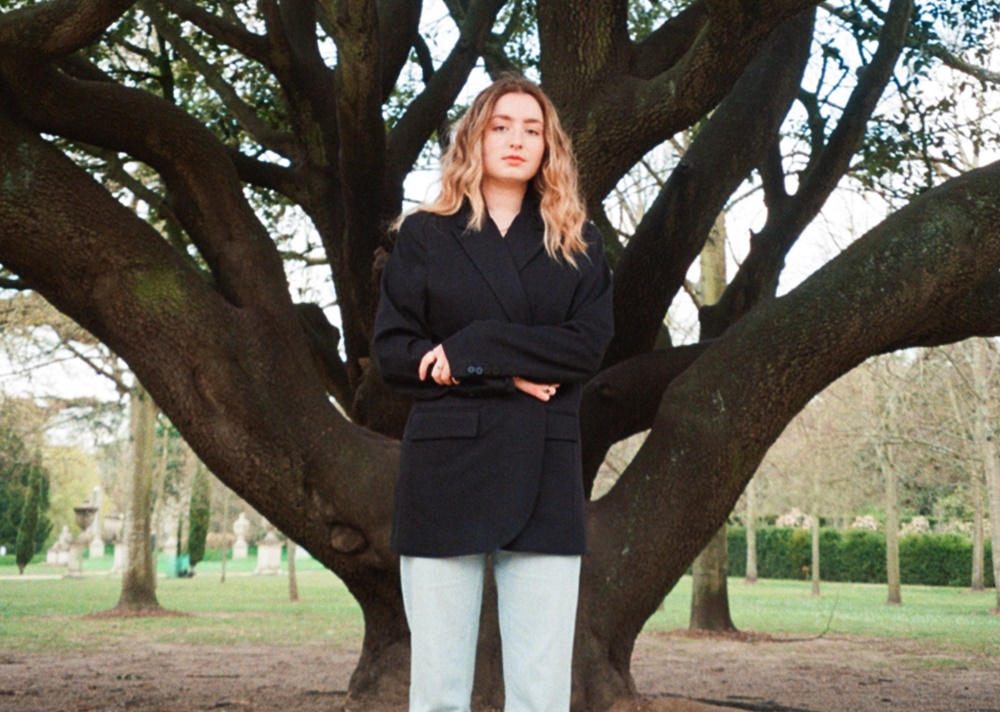 London-based musician Emma Bradley is the newest talent in the capital that you should keep your eye on, as she releases her debut EP Perfumed By You. The 22-year-old found her penchant for music at an early age, teaching herself how to play piano during her spare time at school. She recalls:

I was just obsessed. At school there were music practice rooms with pianos in them, and any chance I had I’d be in there. I would literally spend all of my free periods, all of my break times and lunchtimes in there, even bunking lessons to go sit at the piano, I just wanted to learn so much. I even remember being on holiday and asking the hotel if they had a piano. Everyone was lying by the pool and I was just sat indoors practising piano.

Her fascination with music was further extended when it was discovered that she had synesthesia, and it lends itself to her vivid portrayals of her experiences and recollections. Between her diaristic songwriting style and her acoustic-grounded sonic approach, her music feels like a breeze on the ears and is a light, refreshing take that will leave you beguiled.

Her debut EP Perfumed By You is a very collected piece of work, with a more mature approach than would be expected from a musician of her age. It’s understated and unassuming, gorgeous in its flecks of sound and illusory strummed guitars that charm you and make you fall in love with the music without even realising. From opening Perfumed By You, which swirls with cinematic strings and doting vocals, to the playful I’ll Be Outside, that has a shy playfulness that makes it even more irresistible, her debut EP is simply delightful to experience and hints at burgeoning fame for the musician.

Sharing more on her intentions when crafting the body of work, she says:

I hope that when people hear my songs, they can feel less alone in their own experiences and also empowered in some way. I think sensitivity gets a bit of a bad reputation, but everything that we feel someone else somewhere has also felt. I wanted to express myself in the most true and honest way I could with these songs, so if anyone anywhere were to relate or feel less alone in something as a result that would be the coolest thing in the world.

We definitely felt connected with the musician and decided to have a more in-depth chat with Emma about her musical journey and how she found the process of producing her first EP.

I have so many little phrases that I say to myself, but one of my favourites is ‘why regret something you once wanted?’. It brings me a lot of peace. But more generally I think ‘trust the process’ is a really lovely one. I’m such a perfectionist and sometimes I get a bit lost in that so I find that sentiment super helpful and comforting!

What colour can you hear in your music as having?

Every song I write has a different colour / shape / texture – for this EP it’s mainly blues and cool tones! Perfumed By You is blue and red, Over and Out is purple, Malibu is blue. The only song that isn’t a cool tone is I’ll Be Outside which I see as a sunny yellow /orange.

If you could set Perfumed By You to a TV show or movie, what would it be the soundtrack for?

What’s your first memory of songwriting? What’s the biggest way you’ve grown as a songwriter since?

I think my first memory would just be sitting with my brother’s guitar and teaching myself how to play, I feel like the writing aspect followed quickly after. I can’t pinpoint when it started exactly, it’s just always been a big part of my life. I think as a teenager I just started singing about how I was feeling and it just became something really important to me and how I processed things. I just used it as a way of expressing myself and talking about stuff I wouldn’t usually with people in my life.

Do any of the songs on the EP have a specific story that inspired it, instead of general emotions and experiences that’s been taken from life?

Yes! They’re actually all pretty specific. I’ll Be Outside is more general I guess, it’s about showing up for yourself and the people you love. But the other three are about very specific situations, which is scary because they’re so raw, but I think that’s what’s cool about making music and putting it out!

What surprised you the most during the process of making your debut EP?

Choosing the song selection was so hard! I’m constantly writing and I feel like all of my songs were fighting tooth and nail in my brain to be on the EP. But in the end I just went with my gut and the ones that felt the most me and the most like the foundations of what I’m trying to build and explore as an artist!

What’s your favourite behind-the-scenes moment of recording and producing?

I think recording and writing Over and Out probably. We made it over the space of a couple months on and off and just kept coming back to it and building on it. We recorded it at Strongroom in London and I just feel really comfortable and safe there. It was also really surreal going and recording when we were going in and out of lockdowns, so there weren’t many people about. I just had such a lovely time making that song and it was such a moment for me when I was like OH this is what I want my music to sound like, which was really exciting.

Haha I have a very cliché answer to match the question! But it really means so much to me, it’s what helps me calm down when I’m feeling anxious, just sitting at the piano etc. I feel like it’s just such a big part of me that I sometimes can’t entirely separate it from myself. I don’t know if that’s a bad thing or not, but I definitely wouldn’t change it!