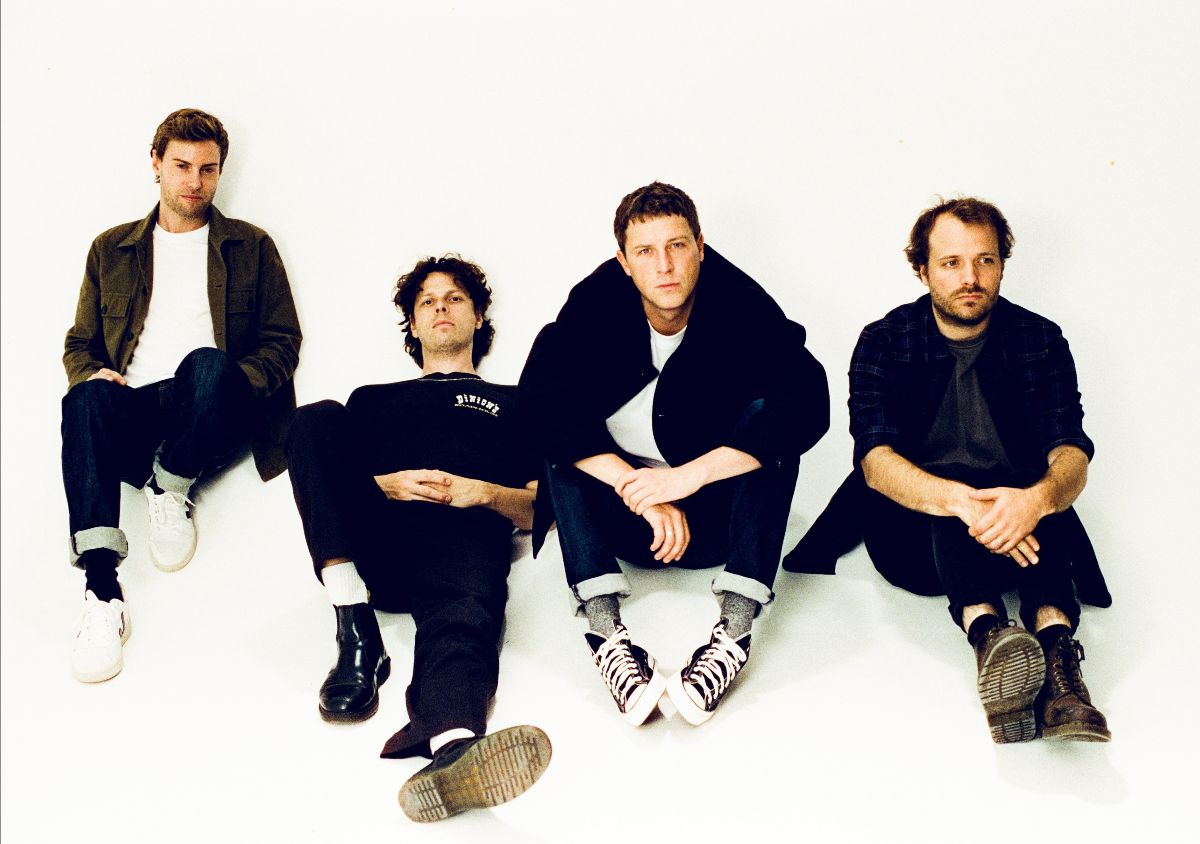 Just a fortnight ahead of their forthcoming third album Shoals, which comes out on 21st January, London-based outfit Palace tease the record once again with the release of their new single Shame On You.

Similarly to the live video for their previous single Where Sky Becomes Sea, the performance visuals for Palace’s newest track were also shot by filmmaker and photographer David J. East, who has previously worked with Foals and The Japanese House. Against the metallic backdrop of a jet engine testing facility, Palace enchantingly perform their latest single Shame On You, as their greyish-blue clothing blends into the dimly-lit background.

In addition to the incredible previous singles Gravity, Lover (Don’t Let Me Down), Fade and Where Sky Becomes Sea, Shame On You will accompany these songs on Palace’s highly-anticipated upcoming twelve-track record.

‘Shoals’ is a record about confronting our own fears and anxieties. Through the pandemic we were confronted more than ever with ourselves with little distraction, suddenly seeing who we are in the rawest of forms. It held a mirror up to our flaws and imperfections and forced us to see the real ‘us’.

The record symbolises how our minds can have beautiful yet dangerous depths, like the ocean, and how our fears and thoughts are like shoals of fish that move and shift constantly from place to place; chaotic, often untameable and unpredictable.

Through the symbolism of the powerfully immense ocean, Palace explore themes such as fear and anxiety, dreams, existentialism and the human subconscious on their upcoming album. You won’t want to miss it!