From rage and loneliness to finding peace with her inner turmoil, Hayley Williams ‘gives birth’ to what was long holding her back with a three-chapter emotionally raw tale, PETALS FOR ARMOR. 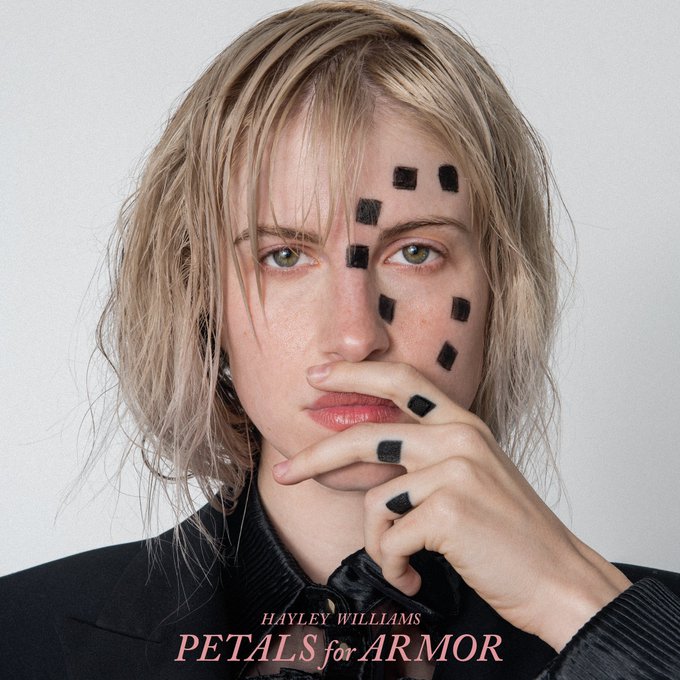 It was almost a decade and a half ago when 15-year-old red hair Hayley Williams first introduced us to what now is considered an emo pop-punk era defining band and now, at only 31, she has more to prove and say than ever before. Over the years Hayley has never been the shy type. She was always willing to explore and express some difficult themes and very raw emotions and PETALS FOR ARMOR is a logical continuation of what we heard in Paramore’s latest work, After Laughter, in 2017. Undoubtedly, the most challenging record of her career, her lyrics feel profound while her vocals have a different kind of rage; a silent rage for inner release that’s been ‘simmering’ for too long. And just like that Hayley slowly emerges from her silent cocoon and starts to unveil her three-chapter tale and brings us along on her journey.

Part I: Rage, Lust, Grief, Envy, Mercilessness, Femininity. ‘Rage is a quiet thing / You think that you’ve tamed it / But it’s just lying in wait’ – an evocative opening line that vividly portrays the themes of the first chapter of the tale. The dark, hauntingly calming opener Simmer marks as the beginning of the path to equally haunting follow up Leave It Alone. Hayley’s heavenly intimate and crisp vocals take us through her emotional journey of her grandmother’s ‘almost’ loss, narrated over a beautifully balanced mix of electronic and acoustic sounds, peaceful drum beats and a continuous slick bass line. Although Cinnamon, Creepin’ and Sudden Desire follow the same lyrical path, Hayley manages to bring a new life to her lyrics with a jazzy danceable groove, psychedelic beats and fascinating funky bass lines.

Part II: Pride, Resilience, Security, Trust, Rebuke, Autonomy. ‘I got what I deserved / I was the other woman first / Other others on the line / But I kept trying to make it work’, Hayley shamingly admits being the other woman and how subsequently she ended up being the one who was betrayed in her latest radiant single Dead Horse. It’s during those difficult moments that you need to remember to push yourself further and ‘come alive’ as she urges on Over Yet, because ‘If there’s resistance / It makes you stronger / Make it your friend.’ But it’s also during those ups and downs that you truly realise who stands right beside you and Hayley doesn’t forget to praise her knight in shining armour with the heartwarming ode, My Friend. The touching acoustic guitar track narrates the beauty behind a long term special friendship through delicately beautiful vocals as petals themselves.

Part III: Fear, Intimacy, Pure Emotion, Healing, Redemption, Reconnection, Acceptance. This is the part we’ve been patiently waiting for, the chapter of the album that makes all the rumination on divorce, grief, and pain feel like the bright end of the tunnel has finally been reached. Fuelled with jazzy funky 80s bop one after the other, this is by far the most adventurous Hayley has ever sounded. It’s difficult to choose where to start from, but we’ll emphasise on an iconic unexpected intersection between New Order and Lady Gaga we didn’t know we needed until now – Sugar On The Rim. With Hayley channeling her inner diva with impressively haunting lower vocal notes than ever before, she really did ‘take us by surprise’.

The beautiful inner release tale comes to an end with a sweet note from heartfelt Crystal Clear. ‘I wanna make it crystal clear / That I won’t give in to the fear’, she preciously croons over her own grandad’s singing of ‘Friends or Lovers’ in the background. A song her grandad wrote for her granny, Hayley admits it’s the most meaningful song to her, bringing a whole new meaning to her finale with only blissful memories to come from now on. Sit back, enjoy and ‘Watch Her While She Blooms’.