Looking beyond the smoke and mirrors, Avatar’s eighth album Hunter Gatherer reveals the side of our world, defined by rage, heartbreak and conflict. 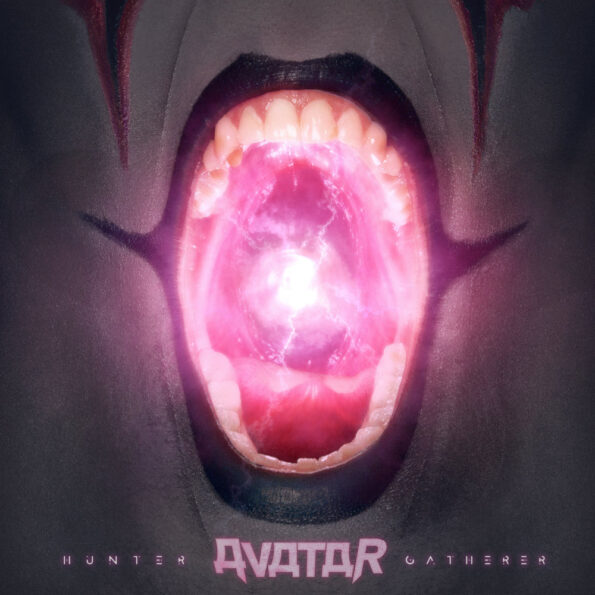 Our favourite melodic death metal joker is not laughing anymore in Avatar’s eighth album Hunter Gatherer. An era of comical take on society has come to an end and the new age is looking beyond menacing, as the band paints a darkened and distorted depiction of the world. Shedding the jolly and mocking attitude that defined their last album, Hunter Gatherer sits in completely opposing contrast as the band is no longer joking, no longer trying to amuse, no longer taking things lightly, no longer looking at society’s tragedies through the lens of humour.

Dark and violent tune, Silence In The Age Of Apes triggers Avatar’s highly anticipated album with violently blazing guitar riffs, alert and overpowering drums led by imperious and commanding vocals, all to reveal a terrifying picture of a world overwhelmed by disaster and aggressiveness. The calamitous atmosphere debuted by this first song persists throughout the album, with Colossus giving it a new and apocalyptic dimension, as the human race is reduced from the leading species to one at the mercy of a heartless, mechanical giant. A Secret Door debuts with a misleadingly carefree intro, only to soon start oscillating between atypically musical and clear vocals paired with a ‘light’ instrumental  and  trademark gunning instrumental paired with demonic vocals, overall paying tribute to Johannes Eckerström’s impressively versatile voice.

Taking charge of your moments of slumber, the God Of Sick Dreams will redefine your meaning of ‘nightmare’ with the help of commanding drums, evil guitar riffs and utmost terrifying vocals. In a more or less metaphorical way, it twists and turns your dreams into shackling nightmares aiming to overpower you with doubt and helplessness. Scream Until You Wake continues the marching vibe, while Child switches the atmosphere to one rather ironic and comical (almost resembling the style of Avatar’s previous album) while keeping the dark and vicious attitude of this album – after all, the theme of this song is not to be taken lightly. Justice follows as a dramatic yet serious question to the current state of the world, doubting the rightfulness of the actions of the status quo, while their aftermath is revealed by the beautifully melodic and heartbreakingly vulnerable Gun, portraying a bitter victory and a devastating goodbye. After grieving a great loss, rage is unleashed and allowed to rampage at will in the thunderous and beyond violent When All But Force Has Failed. The album concludes with the perfectly balanced, anthemic and memorable Wormhole.

Overall, Hunter Gatherer is an equally heartbreaking and terrifying depiction of a world that’s lost its moral compass and is heading towards self-destruction. Embracing both clean vocals and death growls, alternating calm with ferocious instrumental, Avatar have created an unexpectedly volatile album that allows for a plethora of ideas put forward through a variety of attitudes to sink in and leave their mark. That being said, I am looking forward to hearing them perform this album live, especially the softest yet most impactful song of the album, Gun.