Following an incendiary album in 2015, foreveratlast are finally back with a walloping new single. 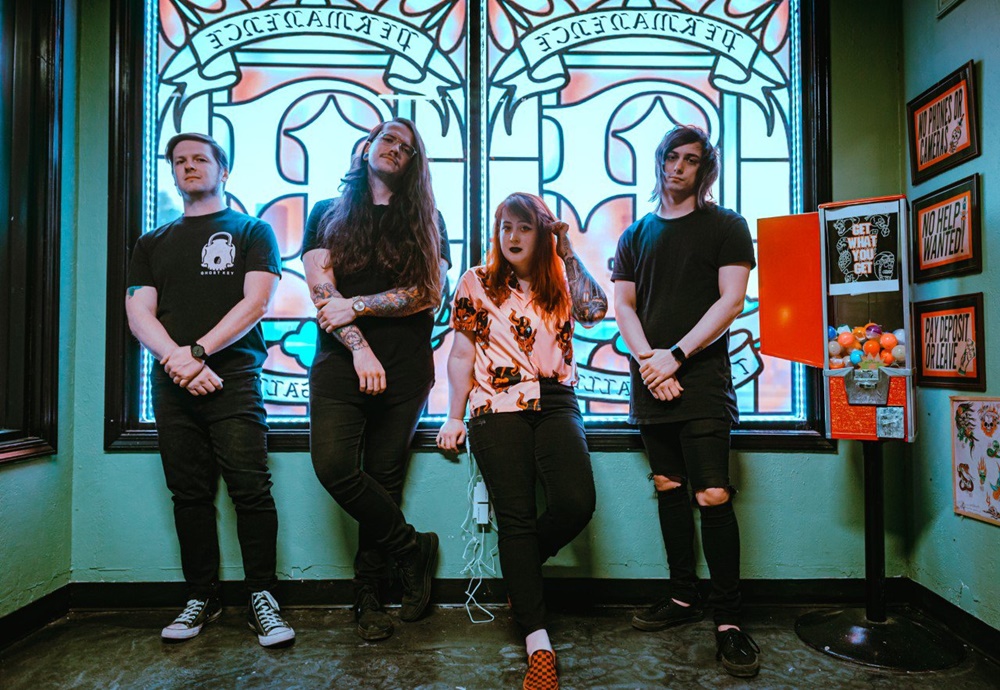 While they may have been lurking beneath the surface for the last few years, it is clear with the release of Holy Ghost that the Indianapolis group has been honing their talents and vision for their future. Independent once more, the troupe are taking no prisoners and unlocking their potential with their latest reincarnation.

The perfect balance of heavy and catchy, a rarity in much of the hardcore scene, foreveratlast are defying genres by fusing elements of a wide variety of styles to create a unique hybrid I can only describe as post-metallic hardcore.

With severe breakdowns backed by savage bass and guitar tones, to the almost pop-tinted chorus that launches you back to post-hardcore’s peak in the mid-2000s — the track is equally as complex as it is welcoming, the ideal marriage for any hard rock, hardcore or metal fan.

The most stand out portion of the track, to me, is the unrelenting vehemence of frontwoman Brittany Ritchey. Her ability to quickly cycle through soft inflection-laden words, hard rock rasps and full-on gutturals is undeniably entrancing. That, coupled with her ability to curate poetic and nearly interactive lyrics, makes her downright fascinating.

Playing off the juxtaposition of darkness and light, the track and its accompanying music video seems to shapeshift to fit the storyline of each unique listener. Offering the ability to look at personal situations objectively but with an almost strange comfort of company.

‘Holy Ghost’ is a sort of ‘fill in the blank’ for the listener. I wrote it off some personal things, but with alcoholism, addiction, and even people that create holes in our lives, in mind. It’s really personal to the listener, and I love that. It’s like what is it that follows you? What’s hiding in your shadows? We wanted a sort of double side to each story feel for this video. The dark and light. You feel like you’re okay, then what haunts you creeps back in. It’s hard to wade through the darkness, but I believe there’s light at the end of any story, if we really want there to be.

I would be so bold as to say, this band has found the perfect formula to become extreme music’s version of Paramore. And this track will be the one to sky-rocket them to commercial success and billboard charts.