Serving us hard-hitting optimism in pessimistic times, the Chicagoans have released the perfect addition to their discography with their third studio album 20/20. 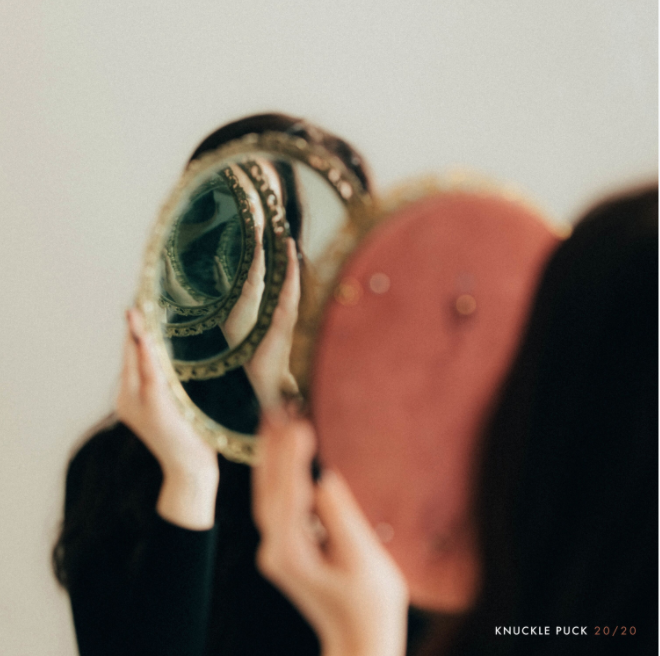 The midst of a pandemic may not be the best time to release an album, having no opportunity to promote it through touring, but Knuckle Puck are joining the ranks of bands doing just that. 20/20 is the perfect album for its time, carpe dieming us through the rest of the year and giving us a much needed distraction.

The album kicks off with the titular track. 20/20 immediately stirs the listener into the here and now, reminding you that everything is temporary and letting life slip by is not an option. A much needed reminder in a year like 2020, where most people feel like their lives are at a halt. The title, a clever wordplay on the band’s newfound clarity and the disastrous year it comes in, fits the song and the album perfectly.

This newfound clarity becomes obvious in the next song, Tune You Out, and similarly in fifth track RSVP. Vocalist Joe Taylor belts “I’ll tune you out till we all calm down,” a great act of emotional maturity compared to some lyrically angry and self-deprecating tracks on previous albums, like Want Me Around or No Good. Comparably in RVSP, Taylor reminds the subject that he won’t be missing them without being consumed by negative emotion. The track arguably has a solid riff, but also has a playful energy that Knuckle Puck haven’t lost since the release of their debut EP in 2012. It’s just more controlled this time around.

The band has stated that with the release of 20/20, their goal is to make people feel good, instead of fuelling into all there is to be angry about these days. A track that definitely contributes to this is Earthquake. It’s a real quintessential pop-punk song, a summer tune reminiscent of an All Time Low sound and describing an earth-shattering romance from the past.

It wouldn’t be a solid pop-punk album without a collaboration with a scene hero and in this album’s case, Mayday Parade’s Derek Sanders joins the band for their track Breathe, a companion piece to 20/20 where the listener is reminded to decompress and take a deep breath once thing seem impossible.

Whereas What Took You So Long? and Into The Blue are solid tracks, but nothing that stands out, Green Eyes (Polarized) comes in as a poignant love song, focused on letting things be. The album closes with Miles Away, a passionate song that seems to reach out to someone who’s no longer around. It feels like a last resort from Taylor to get them to notice him, asking to be pulled closer to them. There is a slight desperation in his voice that makes for a strong closing track for the record.

Knuckle Puck’s 20/20 has got it all; a reminder to seize the day, to cut toxic people out of our lives, to stay calm, a reminiscent song about an innocent old romance, a duet with a scene hero and a mature break-up anthem. It’s a solid pop-punk record that fits well within their existing repertoire, but displays a certain sophistication that indicates growth, both as individuals and as a band. Knuckle Puck can’t tell the future, but I know I’m gonna give this album another spin.