Album Review // FIT FOR A KING ‘The Path’

Returning with metalcore at its fines, Fit For A King’s new album The Path is going to be everything you expected and hoped for. 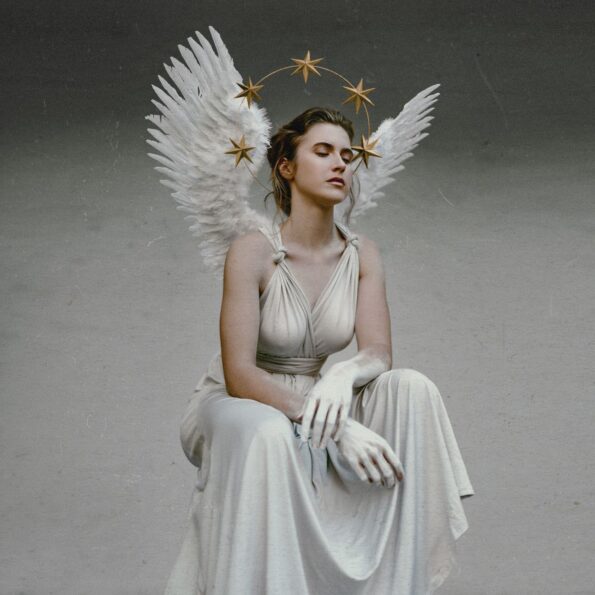 If there’s anything we can all agree on, it’s that Fit For A King have mastered metalcore. Period. The Path comes as another statement and reminder of the band’s exquisite artistry in the genre, as well as a great example of what the genre is and should be at its core for anyone looking to get into it. The album is all about the ascension, victory and fighting spirit, promising a cocktail of songs worthy of becoming the soundtrack of a plethora of battles, be it with internal struggles or external oppression.

It begins with The Face Of Hate, a great song to ease you into the raging sonic storm that awaits and into the album’s concept and message. Unleashing the overpowering and empowering force of metalcore, the riot instigating banger Breaking The Mirror encourages you to free yourself from the shackles of fear and suffering. Refusing to entertain any longer the illusion of hopelessness and doomed fate, this new resistance anthem is going to pick you up and fire your fighting spirit, giving you the push you needed to stand up and stay up. Annihilation looks further into the concept of fate, putting forward an interesting and potentially controversial idea that the opposing concepts of rebirth and obliteration are in fact the same in reality, with the difference being just a matter of perspective.

Next comes the title track The Path, which is also the crown jewel of the album, the ultimate battle anthem to rule them all, with its unwavering fighting spirit fuelled by its all-relatable and all-applicable inspirational message.

While it starts and ends with a saddening and contemplative instrumental, Prophet is nothing short of a rebellious and thought-provoking tune, questioning the reasons behind one’s challenging journey and the divinity’s limits and intentions, in a dramatic ask for salvation. Changing the perspective and looking in, Locked (In My Head) comes as nothing less than a catalyst for liberation, here to kick start the revolution against your inner demons and strengthen your resolve through uplifting vocals and marching drums.

Looking beyond the thick layer of smoke and mirrors, God Of Fire sets out to reveal the true nature of the modern religious teachings. Denying the good intentions behind the church preaching on modern faith practices, Fit For A King take a coldhearted look at the religious teachings and bring to the forefront their real impact which has in fact nothing to do with the salvation and redemption of the believers but instead is designed to benefit the church. The static sound infused electronic intro builds up into fears, aggressive and rioting tune defined by its deep vocals and war-ready guitar riffs which shows the band’s attitude towards the theme and clarifies their sonic and lyrical direction the album.

By far the heaviest tune of the album, Stockholm is nothing more and nothing less than unleashed  energy in its purest and wildest form, making it the one song that you can’t miss from their upcoming tour due to its undeniable result in an epic moshpit (remember those?). While so far the album was focused on the individual and his own clash with divinity in both lyrics and sound, Louder Voice gives off a different vibe, one that unites and makes everyone in the room feel as one if even for a couple minutes, thus the second song I would love to hear live. Starting with a ‘deep’ monologue and continuing with still heavy yet less guttural vocals, this is probably also the only song you can sing along to.

All in all, The Path combines a classical metalcore sound with a vaguely biblical concept of fate and a modern approach to destiny, making it not only an album worth listening to but also a thought-provoking and inspiring wake-up call. Whatever your journey is, these songs can be the push you needed to overcome any challenges.