Tackling perhaps one of the most-asked questions of most millennials, JUST FRIENDS is sweater boy’s own inquiry into his own relationships and whether someone is wanting to be just friends, or something more. 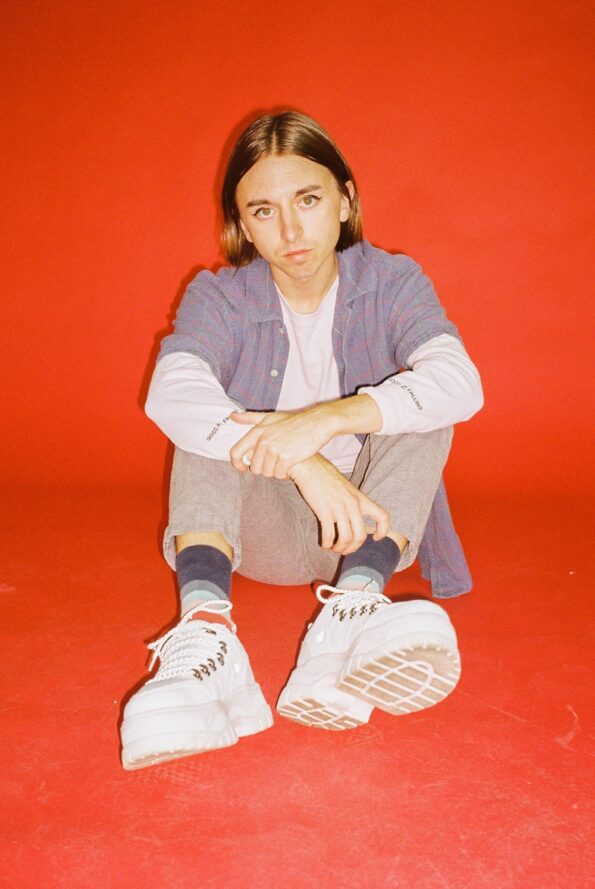 sweater boy is the musical moniker for the last two years of David C Moran’s life, tracking his own coming-of-age experiences and perspectives on questions that we have all asked as we grew older. Perhaps that’s why his newest single, JUST FRIENDS, is so captivating; with refreshing electronic melodies and lyrics that hit at the all-too-familiar inquiry into whether somebody is just being friendly or whether it will turn into something more, it offers a warmth and familiarity that you cannot resist.

Speaking more about how the track came to be, sweater boy extensively shares:

At one point in time, ‘JUST FRIENDS’ was a song that I scrapped and did not have any intentions of producing for any foreseeable future.

The song was written over a week or two during Springtime 2019. The trees were blooming; I had just started releasing songs of my own as sweater boy. I had started playing in my first band. It was a remarkably beautiful time in my life. There wasn’t a whole lot of worry; everything felt fine to a degree. ‘JUST FRIENDS’ was an attempt to encapsulate the brightness I was feeling and to be a song for my summer. I think that’s why the lightheartedness of the opening segment, the lyrics, and the guitar solo translate so well to the song’s intention in my eye.

As I started producing the song, I didn’t realize until hindsight that I had lost my focus and intentions with the song. I was repeating the same cycle over and over again, creating demo after demo that never felt quite right. The song had at one point represented feelings of love, desire, and hope for myself, but it was becoming something I resented after a few months as my personal life took a slight downturn.

At this point, I scraped it, simply left to be forgotten as megabytes on a hard-drive.

About two months later, I started collaborating and working with a producer named DËAN (Dean Glenn), who has become the other creative hand for this project and, most importantly, a close friend. It was inspiring to start working with someone else on this project for the first time. We first met during the Spring prior when I had just written ‘JUST FRIENDS’, which was the first song I showed him during that initial meeting. It’s a nice, almost nostalgic, full-circle moment to have the song finally up for release.

With its laid-back feel, listeners can derive any meaning they desire when hearing ‘JUST FRIENDS’ for the first time. To me, the story of the song represents perseverance, personal growth, and having hope for healthy relationships, as well as having hope that my tomorrow will be even better than my today.