Album Review // INHALER ‘It Won’t Always Be Like This’

Ireland’s quickest-rising quartet, Inhaler, make their mark with It Won’t Always Be Like This, the debut album that does nothing but shed feelgood, indie optimism on the world. 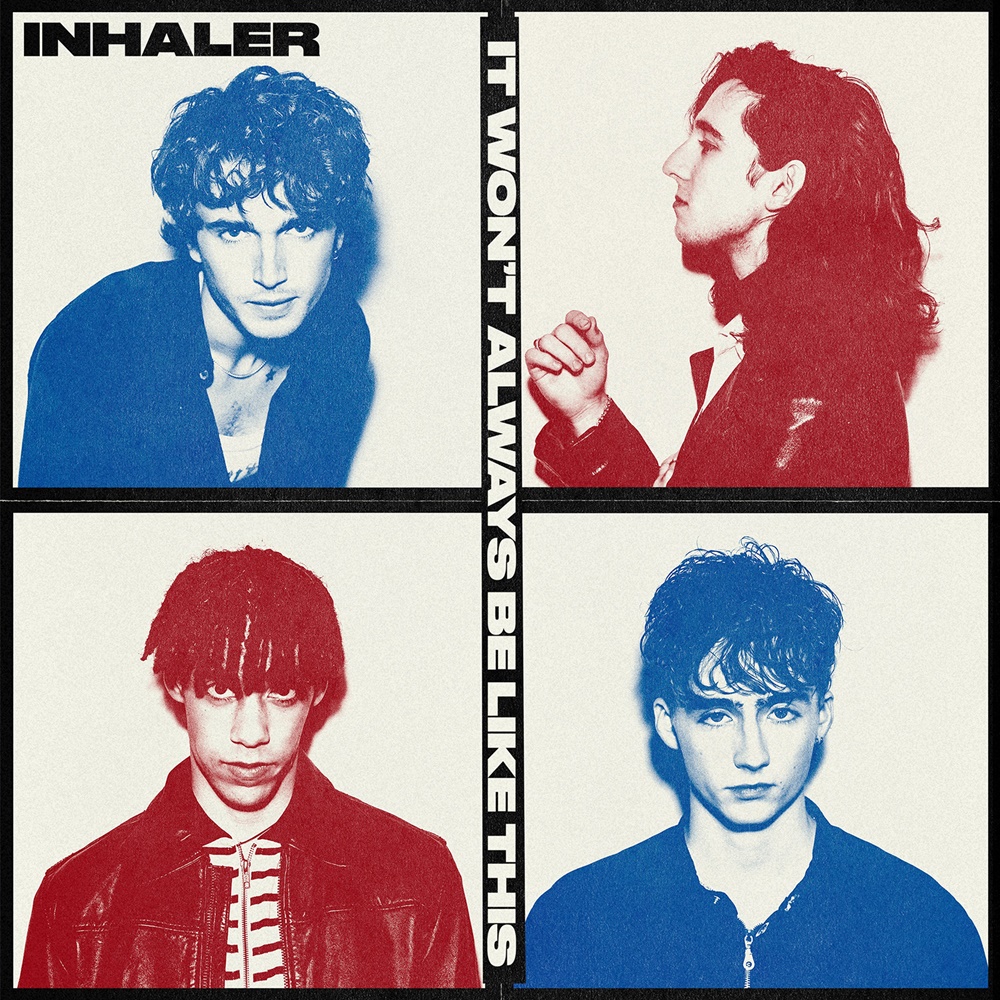 You’ve probably bopped to their tracks on the radio or seen them bouncing around in a sweaty underground venue. No matter the circumstances, unless of course you’ve been living under a rock, you’ve definitely indulged in the talent of these four twenty-somethings over the last few years. Made up of Eli Hewson, Robert Keating, Josh Jenkinson, and Ryan McMahon, Dublin-based Inhaler are perhaps one of Ireland’s quickest rising indie-rock bands. After releasing an array of hits, when the world went into shutdown, Inhaler got their tails in gear and began working towards their debut album. Four years’ worth of learning who they are and growing their sound, has come down to this moment: the long-awaited release of It Won’t Always Be Like This is upon us. It stands as a manifesto of hope; those six words that have changed meaning as the boys have grown, becoming ones to hold onto when times get tough.

Of the 11 tracks on the album, 6 have already been released and enjoyed by fans; this, although perhaps seen as a bad thing by some, provides an element of comfort: we’re already familiar with Inhaler and what they can do, giving us a good insight to how the rest of the album is going to play out – if the new songs are anywhere as near as good as the ones we already know and love then we’re in for a treat. (Spoiler alert: they are).

Fan favourite It Won’t Always Be Like This opens the album and starts it as it means to go on; the buzz it creates is followed into My Honest Face, one of Inhaler’s most streamed tracks. A quick-paced, Sam-Fender-meets-The-Snuts-esque anthem, we’re off to a good start.

Slide Out The Window is the first new song, and it’s smoother than the previous two we’ve danced to. A head-boppy, almost smooth soul kind of song, it features an impressive layering of harmonies and a cacophony of melodies. Hewson’s softer vocals provide almost a calm amongst the chaos: nothing else should be focused on, but the moment you’re in right now. We’re re-joined with that sense of familiarity with track four, “the love letter to all our fans,” Cheer Up Baby.

Listeners are transported to a whole other universe with the next single, A Night On The Floor. It’s a busy, loud track; space-like melodies and an otherworldly guitar solo take a hold, and listeners end up stuck in their own heads. Truly incredible. My King Will Be Kind couldn’t be more different, as a persistent cymbal forms a steady beat, and the vocals take on the soft, acoustic style that was seen previously in Slide Out The Window. It’s a very sweet track: it’s the kind you sway to and can enjoy with a smile on your face; not much more needs to be said.

The following three singles, When It Breaks, Who’s Your Money On? (Plastic House), and Totally, were already out as singles, but as some of Inhaler’s strongest, they deserve pride of place in the album. Angst, passion, and bass-heavy beats are displayed throughout; it does its job at impressing. Totally was the last single to be released, and is, according to Rob, the track that “opened the doors for how far we think our sound can go.” And what a tune it is; happy-go-lucky, almost psychedelic melodies come forward and it’s got a sweet, ‘dancing on the beach with your mates at sunset,’ kind of song.

We’re now faced with a minute-long interlude that is very aptly named after the events of the last year: Strange Time To Be Alive, acting as a filler before we listen to the final track. In My Sleep is a jumpy song that, as has become classic Inhaler style, is stuffed full of guitar melodies and loud, energetic vocals. A very pleasant close to an equally as pleasant album.

As a debut album, it shows Inhaler’s pure talent; the time and effort gone into the composition of this piece is evident. It Won’t Always Be Like This is jam-packed with love, hope, and plenty of guitars. We all know it isn’t the first, and nor will it be the last, guitar album to grace the industry, but it would be unfair to say that it isn’t a bloody good example of one. It epitomises everything Inhaler have always wanted to be, and shows how they’ve grown from the 17-year-old boys singing about girls to the young men telling us it’s all going to be okay. Reiterating their constant message of hope, Hewson shared that “after lockdown, I wanted to talk about more serious things in the world, but I wanted the songs to feel positive. Because… it won’t always be like this.”